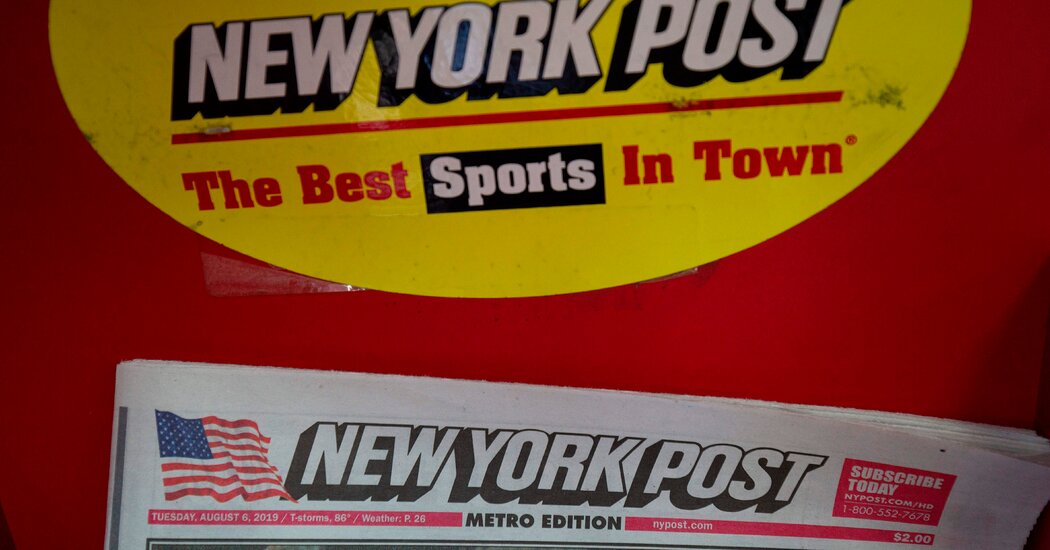 Ms. Italiano, a veteran Post journalist and longtime chronicler of the New York City courts, is a well-liked figure in the paper’s newsroom. She did not respond to inquiries about her resignation or how the Harris article came to be. Representatives for The Post did not respond to calls and emails on Tuesday night.

Her abrupt exit underscored some of the tensions currently roiling The Post, a classic pugilistic city tabloid that was often a vessel for coverage favorable to former President Donald J. Trump during his term in office.

Mr. Murdoch, who spoke frequently with Mr. Trump, installed a new editor at the tabloid last month, Keith Poole, who formerly served in a top position at Mr. Murdoch’s London paper The Sun. At least eight journalists at The Post have departed the paper recently, including a White House correspondent, Ebony Bowden.

Fox News and The Post, given their shared Murdoch ownership, have long demonstrated a certain symbiosis. (Just last week, The Post ran a gossip item complaining that Glamour magazine was not writing features about female Fox News stars.)

Fox News hosts including Tucker Carlson, Greg Gutfeld and Martha MacCallum discussed the Post article on their programs on Monday. Peter Doocy, Fox News’s White House correspondent, cited “a report in the last couple days in The New York Post” before asking Jen Psaki, the White House press secretary, on Monday if Ms. Harris “is making any money” from her books supposedly being distributed in the shelters. Ms. Psaki said she would “have to certainly check on that,” which The Post described in a follow-up story as Ms. Psaki’s having offered “no answers.”

On Tuesday’s “Fox & Friends,” the co-host Ainsley Earhardt told viewers that the claims about the Harris book were “not accurate,” citing that morning’s fact-checking column in The Washington Post. Also on Tuesday, Fox News updated its article about the Harris book to note that only a single copy had been seen at the shelter and that it had been delivered as “part of a citywide book and toy drive.”

Fox News has faced criticism in recent days for a different false claim broadcast on the network: that President Biden was planning to restrict Americans’ red-meat consumption under his plan to address climate change. An on-air Fox News graphic declared, “Bye-Bye Burgers Under Biden’s Climate Plan,” setting off a cycle of outrage from conservative commentators.

MIAMI--(BUSINESS WIRE)--Intelli Smart Homes, the leading smart home technology company, has been recognized as one of America’s fastest-growing … END_OF_DOCUMENT_TOKEN_TO_BE_REPLACED

Customers outside a Walmart store in Torrance, California, US, on Sunday, May 15, 2022. Walmart Inc. is scheduled to release earnings figures on May … END_OF_DOCUMENT_TOKEN_TO_BE_REPLACED

The past few years have been brutal on homebuyers' budgets. Would-be buyers have been priced out of some of the most desirable neighborhoods thanks to … END_OF_DOCUMENT_TOKEN_TO_BE_REPLACED