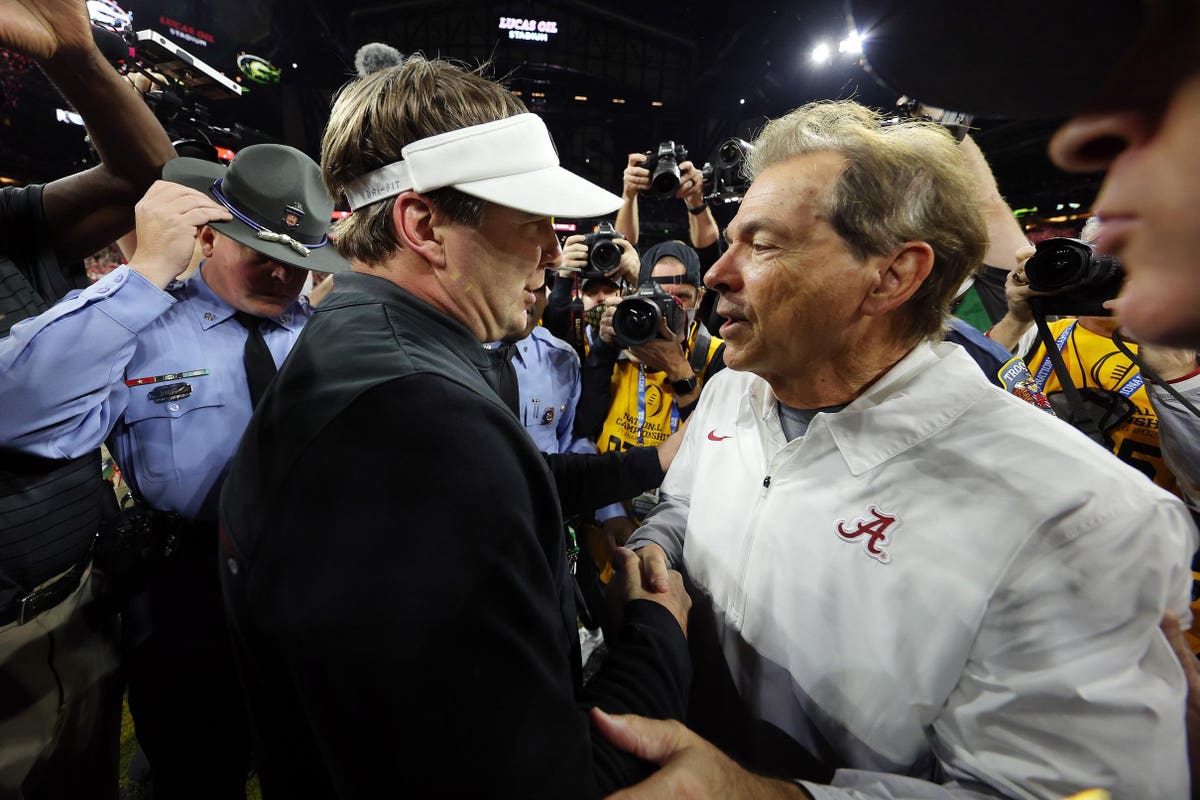 On May 10, 2021, University of Georgia coach Kirby Smart continued to join the majority of his peers among the big boys of college football. They shrugged over the have nots. Instead, they hugged the thought of nearly everything known to mankind that would allow college athletes to get paid.

That’s all they considered, but somebody predicted disaster.

Somebody said the rich — such as Kirby’s Bulldogs who eventually won their first national championship in 42 years last season — would get richer.

Somebody said those big boys would have the means to entice the best players in the nation to fatten their bank accounts by signing with Georgia, Alabama, Clemson and the other handful of college football powerhouses while everybody else suffered, including the overall health of the sport.

That somebody (OK, me) wrote the following back then for Forbes.com:

With much help from NCAA officials, state legislatures and the inevitable becoming reality, college sports is going from walking to sprinting down that dark, slippery and narrow road of paying athletes.

Not unless we’re talking pretty ugly.

Well, that, along with the sight of Smart trying to run a reverse these days without getting sacked in the backfield.

More than a year after Smart supported the coming and then the implementation last summer of state legislatures and the NCAA approving athletes getting compensated for the use of their name, image and likeness (NIL), well, um.

Here’s what Smart said of NIL deals Tuesday in San Antonio, where he spoke at the Texas High School Coaches Association convention.

“What I can’t accept is some young man getting $10,000 a month for four years or three years of college. That’s $120K a year,” Smart said, mostly referring to the explosion of NIL windfalls for those much less than the elite of the elite at powerhouse college football programs. “What do you think he’s doing with that? Is that actually gonna make him more successful in life?

“Because, I promise you, if you handed me $10K a month my freshman year of college, I probably wouldn’t be where I am today. I believe that.”

Believe this: It’ll get worse.

It’s not only NIL deals as horrors in college football. Nearly three years before they became the rage through state laws and NCAA regulations, the NCAA introduced something called the transfer portal. That allows athletes to come and go as they please between member institutions.

As Alabama football coach Nick Saban puts it, the combination of the transfer portal and NIL deals has created college football’s version of free agency without the salary caps and the luxury taxes found in the professional ranks.

To worsen matters, you have super conferences. You have two of them, with 16 members each. You have the SEC, which features the huge budgets of Smart’s Bulldogs and Saban’s Crimson Tide, and then you have the Big Ten, which is on the verge of a $1 billion television deal.

Which brings us back to college football’s version of free agency.

Gifted players are rushing to programs (either out of high school or through the transfer portal) that give them the best chance to generate huge NIL deals, and that’s not the Mid-American Conference, for instance.

The bottom line: Since “free agency” isn’t going anywhere in college football, and since more expansion for the SEC and the Big Ten is inevitable, those super conferences will become more super while suffocating everybody else.

You’ll also have growing issues within those super conferences, where member schools will feel the urge to do more to the point of insanity (and maybe illegality) to keep the elite of the elite heading to their programs instead of elsewhere.

Did I say this was pretty ugly?

Saban joined me in predicting as much.

When he preceded Smart last summer as the speaker at that same Texas High School Coaches Association convention, he mentioned his best Alabama player, Bryce Young, was close to $1 million in NIL deals.

“Our quarterback has already approached ungodly numbers, and he hasn’t even played yet,” Saban said at the time, months before Young would win the Heisman Trophy. “If I told you what it is, it’s almost seven figures.”

Now back to Smart, a Saban assistant coach for nearly a decade before he took over Georgia nearly seven years ago. He told those Texas high school coaches about his change of heart regarding NIL deals: “It’s unfortunate that it slid the way it did because I was one of the biggest advocates that the name, image and likeness [rule] needed to be in place.”

Smart should have read my Forbes.com column.

There were no arrests in three quarters of last year’s fatal shootings, according to statistics provided by Mr. Krasner’s office, even as arrests for … END_OF_DOCUMENT_TOKEN_TO_BE_REPLACED