A man wearing a face mask walks past a Nike store in Central Business District, Beijing, China on February 17, 2020.

Nike shares are falling on Friday, after the company reported mixed third-quarter earnings late Thursday and confirmed it was laying off employees.

Shares were down nearly 4% midday. The stock has gained more than 95% over the past year and has a market value of $217 billion.

Nike did not disclose the jobs cuts in its Thursday earnings report or call with investors. The layoffs were first reported by The Oregonian, which covers the Portland-area based sneaker company.

Nike said the cuts follow layoffs that began last summer. As of May 31, 2020, Nike employed about 75,400 workers worldwide, according to a filing with the Securities and Exchange Commission.

In a prepared statement, Nike it was “focused on shifting resources and creating capacity to reinvest in our highest potential growth areas.”

“We are building a flatter, nimbler company and more quickly transforming Nike to define the marketplace of the future,” it said.

On Thursday, the athletic apparel retailer said its revenue dropped 10% year over year in North America during its fiscal third quarter ended Feb. 28, as backlogged ports delayed shipments. That caused merchandise to arrive weeks late to its own stores and those of its wholesale partners, such as department stores and sporting goods outlets, and increased the risk of it winding up on the clearance rack.

Nike said sales at its stores in Europe, Middle East and Africa dropped during the quarter due to pandemic-related closures and restrictions, too.

“The good news here is supply chain issues shoud subside in the next few quarters while Europe will open back up in time as the vaccine is rolled out further, ” Jefferies analyst Randal Konik said in a research note. Konik rates Nike shares a hold, with a $140 price target.

Nike pointed to bright spots such as the growth of its direct-to-consumer business, momentum in China and strong online sales. The company said it hit its first quarter with $1 billion in online sales in North America, as consumers snapped up new sneakers and workout apparel during their time at home. Sales shot up 51% in Greater China. And the company said it expects a similar resurgence of sales as other countries recover from the pandemic. 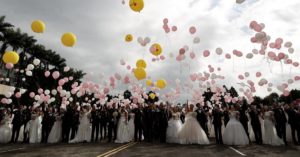 In Taiwan, one of the few places in the world to offer marriage leave to couples heading to the altar, a bank employee married his partner on April 6, … END_OF_DOCUMENT_TOKEN_TO_BE_REPLACED 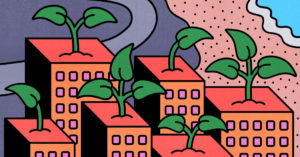 “Certification can be a tool in the toolbox, but don’t be limited by that,” Dr. Miller said. “It’s about choices, and travelers do have the … END_OF_DOCUMENT_TOKEN_TO_BE_REPLACED 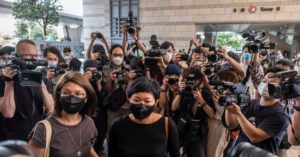 HONG KONG — Hong Kong’s police chief warned journalists they could be investigated for reporting “fake news.” A newspaper controlled by the Chinese … END_OF_DOCUMENT_TOKEN_TO_BE_REPLACED