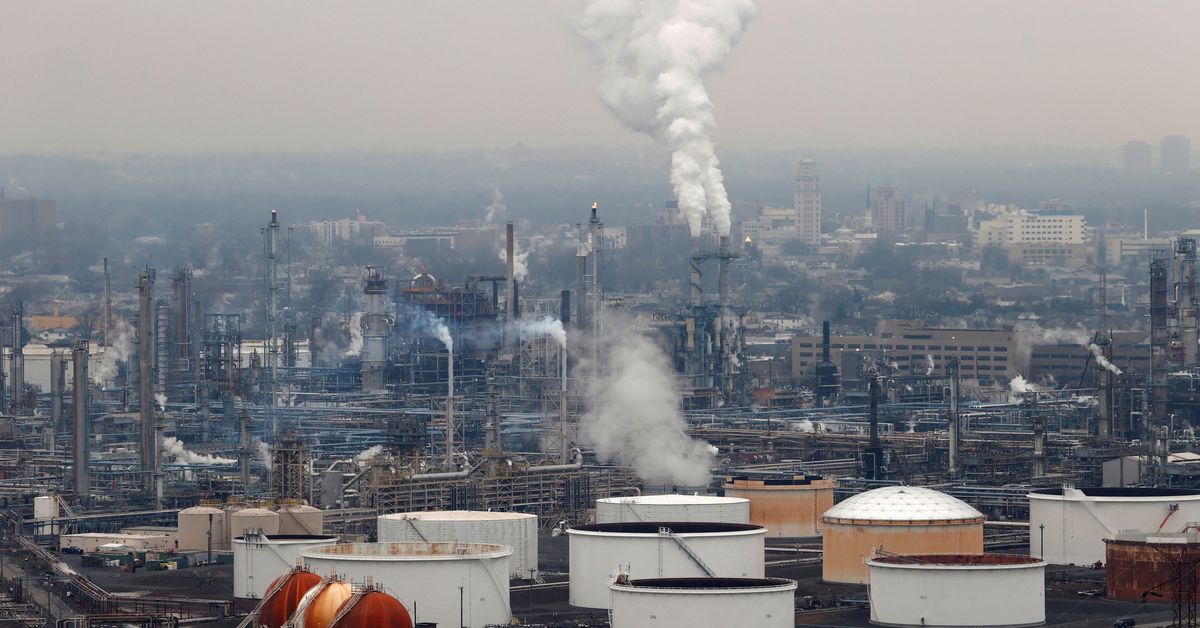 NEW YORK, Sept 15 (Reuters) – Oil futures fell over 3% to a one-week low on Thursday on a tentative agreement that would avert a U.S. rail strike, expectations for weaker global demand and continued U.S. dollar strength ahead of a potentially large interest rate increase.

Major U.S. railroads and unions secured a tentative deal after 20 hours of intense talks brokered by President Joe Biden’s administration to avert a rail shutdown that could have hit food and fuel supplies across the country and beyond. read more

The prospect of a strike lent the market some support on Wednesday.

That rail deal also helped pressure U.S. diesel and gasoline futures to drop more than 5% during the session.

“The oil complex is drafting back down on U.S. dollar strength and the tentative agreement that would avert a U.S. rail workers strike,” analysts at energy consulting firm Ritterbusch and Associates said, noting crack spreads were weak.

The U.S. 3:2:1 crack spread – a measure of refining profit margins – was on track for its lowest close since early March.

Downside risks continue to dominate the global economic outlook and some countries are expected to slip into recession in 2023, but it is too early to say if there will be a widespread global recession, according to the International Monetary Fund (IMF). read more

World Bank Chief Economist Indermit Gill said he was concerned about “generalized stagflation,” a period of low growth and high inflation, in the global economy, noting the bank had pared back forecasts for three-fourths of all countries. read more

Wall Street indexes (.SPX), (.IXIC) were in the red while the dollar (.DXY) held near the 20-year high it hit on Sept. 6 as a slew of economic data pointed to resilience in the U.S. economy which could keep the Federal Reserve on track for aggressive interest rate hikes. [nL4N30M33J] read more

A strong dollar reduces demand for oil by making the fuel more expensive for buyers using other currencies.

The International Energy Agency (IEA) said this week that oil demand growth would grind to a halt in the fourth quarter.

Crude prices have dropped substantially after a surge close to its all-time highs in March after Russia’s invasion of Ukraine added to supply concerns, pressured by the prospects of recession and weaker demand.

Other factors weighing on oil prices included an increase in U.S. crude inventories and an expected reduction in energy use by the Ethereum blockchain. [EIA/S] read more

Hometown Deli, Paulsboro, N.J.Mike Calia | CNBCThree men were charged with fraud and other crimes in a scheme involving a company that was worth $100 … END_OF_DOCUMENT_TOKEN_TO_BE_REPLACED

The childhood home of "The Morning Show" actor Nestor Carbonell recently hit the market in Greenwich, CT, for $4.4 million.Fans will appreciate that … END_OF_DOCUMENT_TOKEN_TO_BE_REPLACED