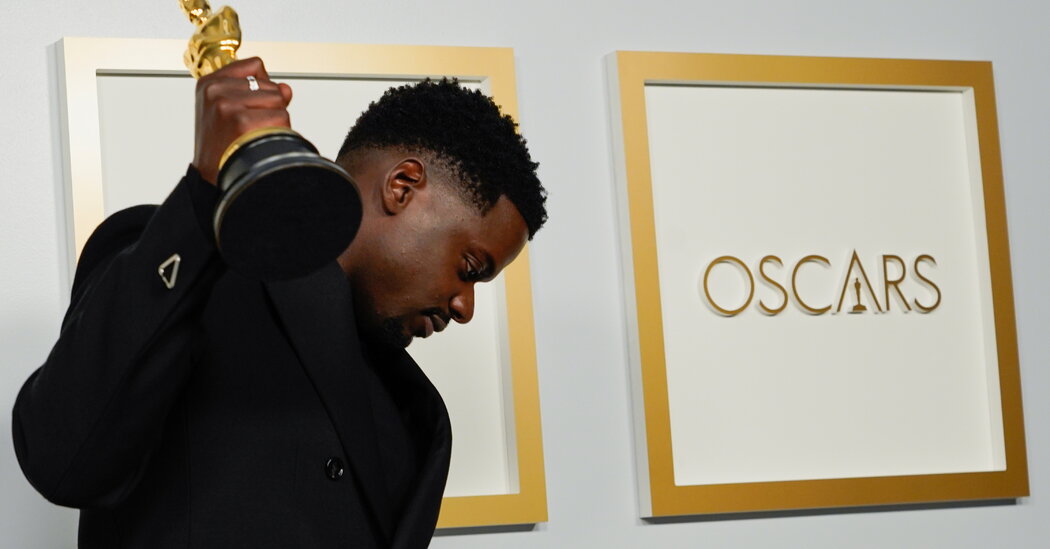 LOS ANGELES — For the film industry, which was already fighting to hold its place at the center of American culture, the Nielsen ratings for Sunday night’s 93rd Academy Awards came as a body blow: About 9.85 million people watched the telecast, a 58 percent plunge from last year’s record low.

Among adults 18 to 49, the demographic that many advertisers pay a premium to reach, the Oscars suffered an even steeper 64 percent decline, according to preliminary data from Nielsen released on Monday. Nielsen’s final numbers are expected on Tuesday and will include out-of-home viewing and some streaming statistics.

The Academy of Motion Picture Arts and Sciences declined to comment.

The academy had been bracing for a sharp ratings drop. Award shows have been struggling mightily during the pandemic, and the Oscars have been on a downward trajectory for years. But some academy officials had hoped Sunday’s telecast still might crack 10 million viewers and attract as many as 15 million.

Humiliating? Certainly. But hundreds of millions of dollars are also at stake.

Under a long-term licensing deal with ABC, which is owned by Disney, the academy stands to collect roughly $900 million between 2021 and 2028 for worldwide broadcasting rights to the Oscars. The funds are crucial to the academy’s operations, especially at a time when it is spending to open a museum in Los Angeles. But some of that money is threatened. Payments to the academy include a guarantee and then revenue sharing if certain ad sales thresholds are reached.

keep ad rates high because of the fragmentation of television viewing. Oscars night may be a shadow of its former self, but so is the rest of network television; the ceremony still ranks as one of the largest televised events of the year. Google, General Motors, Rolex and Verizon spent an estimated $2 million for each 30-second spot in Sunday’s telecast, only a slight decline from last year’s pricing, according to media buyers. ABC said on Thursday that it had sold out of its inventory.

ABC does not guarantee an audience size to Oscar advertisers, thus removing any potential for so-called make-goods (additional commercial time at a later date) to compensate for low ratings.

Some people in the entertainment industry, whether out of optimism or denial or both, believe award shows are going through a temporary downturn — that declining ratings for stalwarts like the Emmys (a 30-year low) and the Screen Actors Guild Awards (down 52 percent) reflect the pandemic, not a paradigm shift. Without live audiences, the telecasts have been drained of their energy. The big studios also postponed major movies, leaving this year’s awards circuit to little-seen art films.

The most-nominated movie on Sunday was “Mank.” It received 10 nods. Surveys before the show indicated most Americans had never even heard of it, much less watched it, despite its availability on Netflix. “Mank,” a love letter to Old Hollywood from David Fincher, won for production design and cinematography.

Still, the Oscars have been on a downward slide since 1998, when 57.2 million people tuned in to see “Titanic” sweep to best-picture victory.

In many cases, analysts say, the telecasts are too long for contemporary attention spans. The ceremony on Sunday was one of the shorter ones in recent years, and it still ran 3 hours 19 minutes. Why slog through all that when you can catch snippets on Twitter? On Sunday, video from the ceremony showing Glenn Close twerking to “Da Butt” went viral.

down 53 percent) and Golden Globes (down 62 percent). Still, the Oscars ratings plunge in recent years has been more dramatic, and the Grammys is closing in on becoming the most-watched awards show, once an inconceivable notion. It had nearly 9 million viewers for its telecast last month.

The academy itself has played a role in the show’s demise, bungling efforts to make it more relevant (hastily announcing a new category honoring achievement in “popular” films and then backtracking) and refusing ABC’s plea to reduce the number of Oscars presented during the show.

A spokeswoman for the academy said the producers of the Oscars were not available on Monday to discuss their decisions.

AUSTIN, Texas--(BUSINESS WIRE)--As the first multifamily management company to be recognized in the Public Relations and Marketing Excellence Awards, … END_OF_DOCUMENT_TOKEN_TO_BE_REPLACED

There have been whispers of cooling housing and rental prices in the San Francisco Bay Area, but that hasn't yet translated into practical, noticeable … END_OF_DOCUMENT_TOKEN_TO_BE_REPLACED

Cars pass in Independence Square at twilight in Kyiv, Ukraine, Monday, Oct. 31, 2022. Rolling ... [+] blackouts are increasing across Ukraine as the … END_OF_DOCUMENT_TOKEN_TO_BE_REPLACED