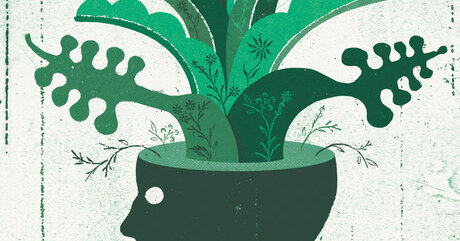 Economists have been examining the impact of climate change for almost as long as it’s been known to science.

In the 1970s, the Yale economist William Nordhaus began constructing a model meant to gauge the effect of warming on economic growth. The work, first published in 1992, gave rise to a field of scholarship assessing the cost to society of each ton of emitted carbon offset by the benefits of cheap power — and thus how much it was worth paying to avert it.

Dr. Nordhaus became a leading voice for a nationwide carbon tax that would discourage the use of fossil fuels and propel a transition toward more sustainable forms of energy. It remained the preferred choice of economists and business interests for decades. And in 2018, Dr. Nordhaus was honored with the Nobel Memorial Prize in Economic Sciences.

Inflation Reduction Act with its $392 billion in climate-related subsidies, one thing became very clear: The nation’s biggest initiative to address climate change is built on a different foundation from the one Dr. Nordhaus proposed.

offers tax credits, loans and grants — technology-specific carrots that have historically been seen as less efficient than the stick of penalizing carbon emissions more broadly.

The outcome reflects a larger trend in public policy, one that is prompting economists to ponder why the profession was so focused on a solution that ultimately went nowhere in Congress — and how economists could be more useful as the damage from extreme weather mounts.

A central shift in thinking, many say, is that climate change has moved faster than foreseen, and in less predictable ways, raising the urgency of government intervention. In addition, technologies like solar panels and batteries are cheap and abundant enough to enable a fuller shift away from fossil fuels, rather than slightly decreasing their use.

Robert Kopp, a climate scientist at Rutgers University, worked on developing carbon pricing methods at the Department of Energy. He thinks the relentless focus on prices, with little attention paid to direct investments, lasted too long.

California. But a federal measure in the United States, setting a cap on carbon emissions and letting companies trade their allotments, failed in 2010.

A substantive legislation. The $370 billion climate, tax and health care package that President Biden signed on Aug. 16 could have far-reaching effects on the environment and the economy. Here are some of the key provisions:

Auto industry. Until now, taxpayers could get up to $7,500 in tax credits for purchasing an electric vehicle, but there was a cap on how many cars from each manufacturer were eligible. The new law will eliminate this cap and extend the tax credit until 2032; used cars will also qualify for a credit of up to $4,000.

Energy industry. The legislation will provide billions of dollars in rebates for Americans who buy energy efficient and electric appliances. Companies will get tax credits for building new sources of emissions-free electricity. The package also includes $60 billion set aside to encourage clean energy manufacturing and penalties for methane emissions that exceed federal limits starting in 2024.

Health care. For the first time, Medicare will be allowed to negotiate with drugmakers on the price of some prescription medicines. The law also extends subsidies available under the Affordable Care Act, which were set to expire at the end of the year, for an additional three years.

Tax code. The law introduces a new 15 percent corporate minimum tax on the profits companies report to shareholders, applying to companies that report more than $1 billion in annual income but are able to use credits, deductions and other tax treatments to lower their effective tax rates. The legislation will bolster the I.R.S. with an investment of about $80 billion.

Low-income communities. The package includes over $60 billion in support of low-income communities and communities of color that are disproportionately burdened by climate change. Among the provisions are grants for zero-emissions technology and money to mitigate the negative effects of highways and other transportation facilities.

Fossil fuels industry. The legislation requires the federal government to auction off more public space for oil drilling and expand tax credits for coal and gas-burning plants that rely on carbon capture technology. These provisions are among those that were added to gain the support of Senator Joe Manchin III, Democrat of West Virginia.

At the same time, Dr. Nordhaus’s model was drawing criticism for underestimating the havoc that climate change would wreak. Like other models, it has been revised several times, but it still relies on broad assumptions and places less value on harm to future generations than it places on harm to those today. It also doesn’t fully incorporate the risk of less likely but substantially worse trajectories of warming.

Dr. Nordhaus dismissed the criticisms. “They are all subjective and based on selective interpretation of science and economics,” he wrote in an email. “Some people hold these views, as would be expected in any controversial subject, but many others do not.”

Heather Boushey, a member of the White House’s Council of Economic Advisers who handles climate issues, says the field is learning that simply tinkering with prices won’t be enough as the climate nears catastrophic tipping points, like the evaporation of rivers, choking off whole regions and setting off a cascade of economic effects.

“So much of economics is about marginal changes,” Dr. Boushey said. “With climate, that no longer makes sense, because you have these systemic risks.” She sees her current assignment as similar to her previous work, running a think tank focused on inequality: “It profoundly alters the way people think about economics.”

To many economists, the approach pioneered by Dr. Nordhaus was increasingly out of step with the urgency that climate scientists were trying to communicate to policymakers. But a carbon tax remained at the center of a bipartisan effort on climate change, supported by a panoply of large corporations and more than 3,600 economists, that also called for removing “cumbersome regulations.”

speech in 2018, Dr. Nordhaus pegged the “optimal” carbon price — that is, the shared economic burden caused by each ton of emissions — at $43 in 2020. Gernot Wagner, a climate economist at Columbia Business School, called it a “woeful underestimate of the true cost” — noting that the prize committee’s home country already taxed carbon at $120 per ton.

another tack. Carbon prices, they reasoned, tend to hit lower-income people hardest. Even if the proceeds funded rebates to taxpayers, as many proponents recommended, similar promises by supporters of trade liberalization — that people whose jobs went offshore would get help finding new ones in a faster-growing economy — proved illusory. Besides, without government investment in low-carbon infrastructure, many people would have no alternative to continued carbon use.

“You’re saying, ‘Things are going to cost more, but we aren’t going to give you help to live with that transition,’” said Rhiana Gunn-Wright, director of climate policy at the left-leaning Roosevelt Institute and an architect of the Green New Deal. “Gas prices can go up, but the fact is, most people are locked into how much they have to travel each day.”

At the same time, the cost of technologies like solar panels and batteries for electric vehicles — in part because of huge investments by the Chinese government — was dropping within the range that would allow them to be deployed at scale.

For Ryan Kellogg, an energy economist who worked as an analyst for the oil giant BP before getting his Ph.D., that was a key realization. Leaving an economics department for the public policy school at the University of Chicago, and working with an interdisciplinary consortium including climate scientists, impressed on him two things: that fossil fuels needed to be phased out much faster than previously thought, and that it could be done at lower cost.

Just in the utility sector, for example, Dr. Kellogg recently found that carbon taxes aren’t meaningfully more efficient than subsidies or clean electricity standards in driving a full transition to wind and solar power. And as more essential devices can be powered by batteries, affordable electricity becomes paramount.

begun to look at the relationship between extreme weather and federal revenue. But because it’s still not clear how best to do that, other institutions are trying as well.

Carter Price, a mathematician at the nonprofit RAND Corporation, is working on a budget model that will incorporate the latest social science research, as well as climate science, to inform long-term policy decisions.

“This is a space where having more models early on would be better,” Dr. Price said. “Rather than someone has an assumption, that assumption goes into a model, nobody questions it and, 10 years later, we realize that assumption is pretty powerful and maybe not right.”

The larger lesson is that modern climate policy is a complex endeavor that calls for large, interdisciplinary teams — which is not historically how the economics field has operated.

“You can only do so much by writing things down on a single sheet of paper from your office at Yale,” said Dr. Kopp, of Rutgers. “That’s not how science gets done. That’s how a lot of economics gets done. But you run into limits.”

SHERMAN OAKS, Calif.--(BUSINESS WIRE)--When it comes to choosing a property management company, the size of a company often becomes a sticking point … END_OF_DOCUMENT_TOKEN_TO_BE_REPLACED

An alternative way to get Original Medicare coverage, Medicare Advantage plans offer coverage that is equal to or greater than that of Medicare Parts … END_OF_DOCUMENT_TOKEN_TO_BE_REPLACED