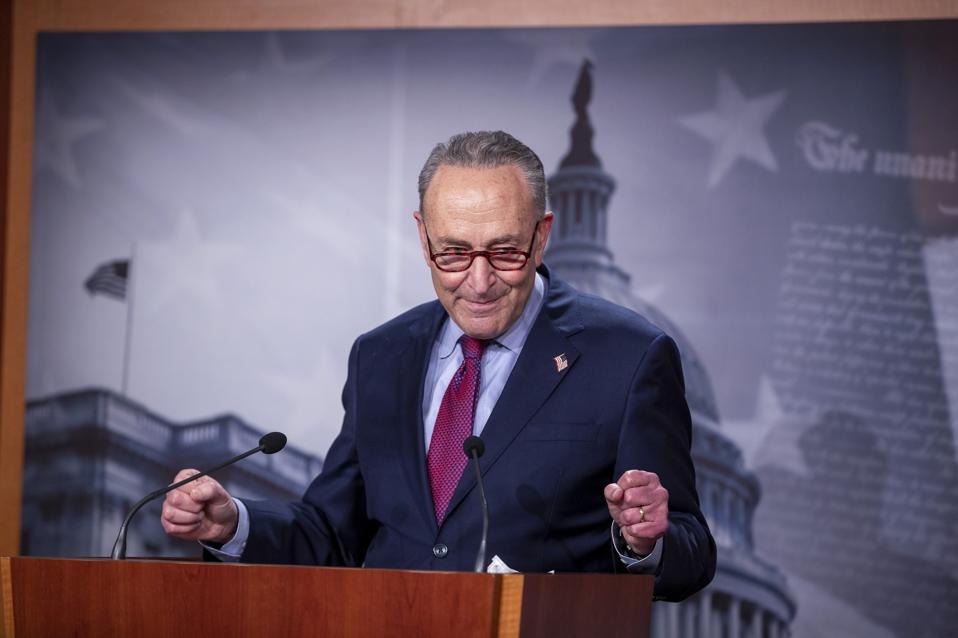 On Saturday, the U.S. Senate concluded its marathon voting session and passed President Joe Biden’s $1.9 trillion Covid-19 relief bill 50 to 49 on party lines. It will now need final congressional approval in the House of Representatives before it is sent to the president’s desk for his signature.

The measure follows five previous bills that Congress enacted since spring totaling around $4 trillion to address the novel coronavirus pandemic.

The Senate package was delayed as Democratic lawmakers were forced to make eleventh-hour changes to balance the demands of the party’s more moderate and progressive factions. However, soon after the passage of the bill in the United States Senate, many of its supporters took to social media.

Sen. Bernie Sanders (I-Vermont) praised the passage of the bill, “The American Rescue Plan is the most significant piece of legislation to benefit working people in the modern history of this country.”

“BREAKING: The American Rescue Plan has passed the Senate! Every Republican voted against it — against checks for families, expanding vaccine roll-outs, money to help schools reopen safely. They are so out of touch,” posted Sen. Jeff Merkley (D-Oregon)

Sen. Ed Markey (@Ed Markey) (D-Mass.) added, “Every Republican tried to stand in our way, but today we delivered the urgently needed relief demanded by the American people.”

Fellow Democratic Mass. Sen. Elizabeth Warren (@ewarren) concurred “The American Rescue Plan will make a real difference to get more Americans vaccinated, safely reopen our schools, and help struggling families make ends meet. I’m going to keep fighting for more relief, and to raise the minimum wage to $15 an hour—because our work is not done.”

As more people now get their news on social media, it wasn’t surprising that many reporters jumped to Twitter to share news of the passage of the bill, while adding a bit of “color” to the commentary.

“The Senate has passed their amended version of the American Rescue Plan, after 25+ hours of debate and a grueling vote-a-rama. The final vote was 50-49, with cheers and applause coming from Democrats when the Senate gaveled out,” noted CBS News reporter Grace Segers (@Grace_Segers).

Nicholas Wu (@nicholaswu12) of USAToday shared some historical insight, “For those wondering, this is not the longest-ever all-night Senate session. That distinction goes to a 54-hour session on the ‘Ship Purchase Act’ in February 1915” – only to offer a correction, “Correction here – as several folks have pointed out, the longest session was in fact the March 1960 session on civil rights. From noon on Monday, Feb 29, to 5:31 p.m. on Saturday, Mar 5. (125+ hours)”

Some political pundits didn’t pull any punches in how they saw the bill pass on party lines. This included author Joy-Ann Reid (@JoyAnnReid), who called out the Republicans in the House and Senate in a tweet, “Republicans – House and Senate alike – will now have to face re-election in 2022 or beyond explaining why they opposed giving Americans financial relief despite the ongoing pandemic. They’ll likely cite some culture war justification about trans kids in sports, abortion or this:”

While many users on social media also applauded the passage of the bill, there were plenty of angry responses from both the right and the left.

On the right side, many users addressed the cost of the bill, which has total spending that is nearly one-tenth the size of the entire U.S. economy.

“76% of Americans don’t understand the bill and all of the pork in it. They will be glad when inflation kicks in and the dollar devalues even more,” @juddbus13 replied to Sen. Duckworth.

That sentiment was shared by @Firefrogs2021, “Exactly. I find it funny when Democrats post sh*t like this trying to make republicans looks bad. Those reasons she listed isn’t the reason the Republicans votes against it. I just wish they would be honest with the American people.”

“That is a horrible, misguided, pork laden bill of trash. That’s why reasonable people voted no. They don’t want to mortgage our children’s future for a political gain today,” suggested @realsupero

On the left, Rep. Ro Kanna (D-Calif.) was among those who didn’t think the bill goes far enough, “Please, show me how to budget rent, utilities, food, child care, health care, school supplies, and clothes with a one-time payment of $1,400.”

“as one of your constituents i’m pretty disappointed that you did not fight harder for 400/week UI and to overrule the parliamentarian on the $15/hr wage. sure, republicans stood in your way, but you’re neglecting the fact Ds negotiated against themselves to whittle away relief,” @t00thsome responded to Sen. Markey.

Another user also said it doesn’t go far enough to help struggling families, “Does it have $2000 in it? Per month? Does it have minimum wage increase? Or are y’all breaking your promises and selling it as victory after struggling with your own selves?”

It isn’t just the Republicans in the Senate who clearly didn’t support the bill, and across social media it appears that the nation’s deep divide will show little sign of closing. Unity will have to wait.

The apparent problem with Johnson & Johnson’s Covid-19 vaccine is both serious and rare, which makes it a thorny issue for policymakers to address … END_OF_DOCUMENT_TOKEN_TO_BE_REPLACED

LONDON — “Your local pub, it’s a bit like your favorite pair of shoes or jeans, something you just completely take for granted,” Rob Cope said, … END_OF_DOCUMENT_TOKEN_TO_BE_REPLACED 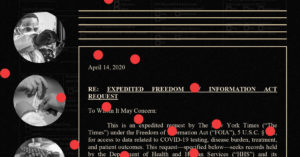 Times Insider explains who we are and what we do, and delivers behind-the-scenes insights into how our journalism comes together.In the early months … END_OF_DOCUMENT_TOKEN_TO_BE_REPLACED