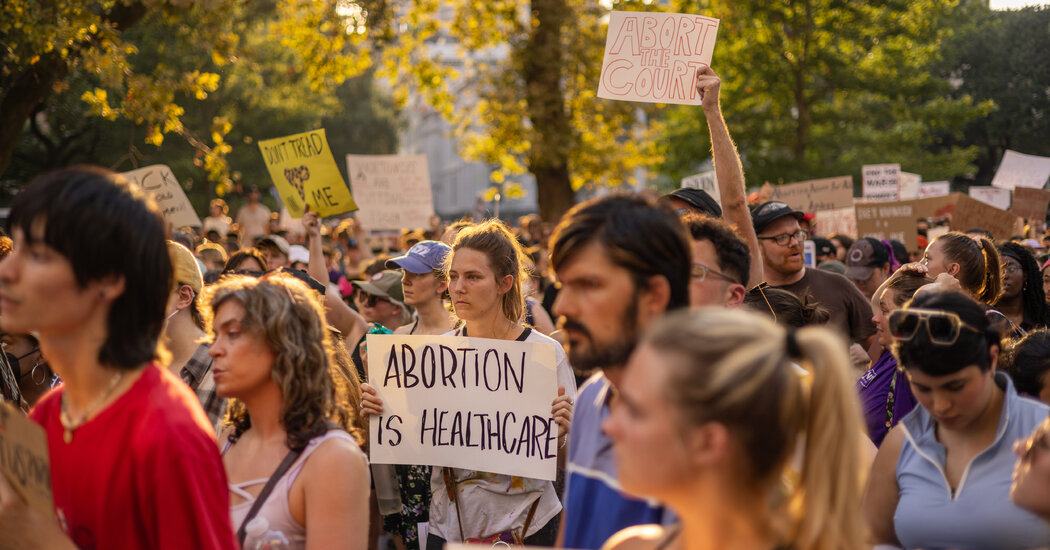 Digital payments are the default for millions of women of childbearing age. So what will their credit and debit card issuers and financial app providers do when prosecutors seek their transaction data during abortion investigations?

It’s a hypothetical question that’s almost certainly an inevitable one in the wake of the overturning of Roe v. Wade last week. Now that abortion is illegal in several states, criminal investigators will soon begin their hunt for evidence to prosecute those they say violated the law.

Medical records are likely to be the most definitive proof of what now is a crime, but officials who cannot get those may look for evidence elsewhere. The payment trail is likely to be a high priority.

HIPAA — which governs the privacy of a patient’s health records — permits medical and billing records to be released in response to a warrant or subpoena.

“There is a very broad exception to the HIPAA protections for law enforcement,” said Marcy Wilder, a partner and co-head of the global privacy and cybersecurity practice at Hogan Lovells, a law firm. But Ms. Wilder added that the information shared with law enforcement officials could not be overly broad or unrelated to the request. “That is why it matters how companies and health plans are interpreting this.”

Card issuers and networks like Visa and Mastercard generally do not have itemized lists of everything that people pay for when they shop for prescription drugs or other medications online, or when they purchase services at health care providers. But evidence of patronage of, say, a pharmacy that sells only abortion pills could give someone away.

a new state law authorizes residents to file lawsuits against anyone who helped facilitate an abortion.

“With the ruling only coming down late last week, it’s premature to understand the full impact at the state level,” Brad Russell, a USAA spokesman, said via email. “However, USAA will always comply with all applicable laws.”

American Express, Bank of America, Goldman Sachs, JPMorgan and Wells Fargo have all announced their intentions to reimburse employees for expenses if they travel to other states for abortions. So far, none have commented about how they would respond to a subpoena seeking the transaction records of the very employees who would be eligible for employer reimbursement.

Amie Stepanovich, vice president of U.S. policy at the Future of Privacy Forum, a nonprofit focused on data privacy and protection, said warrants and subpoenas can be accompanied by gag orders, which can prevent companies from even alerting their customers that they’re being investigated.

“They can choose to battle the use of gag orders in court,” she said. “Sometimes they win, sometimes they don’t.”

In other instances, prosecutors may not say exactly what they’re investigating when they ask for transaction records. In that case, it’s up to the financial institution to request more information or try to figure it out on its own.

Paying for abortion services with cash is one possible way to avoid detection, even if it isn’t possible for people ordering pills online. Many abortion funds pay on behalf of people who need financial help.

But cash and electronic transfers of money are not entirely foolproof.

“Even if you are paying with cash, the amount of residual information that can be used to reveal health status and pregnancy status is fairly significant,” said Ms. Stepanovich, referring to potential bread crumbs such as the use of a retailer’s loyalty program or location tracking on a mobile phone when making a cash purchase.

In some cases, users may inadvertently give up sensitive information themselves through apps that track and share their financial behavior.

“The purchase of a pregnancy test on an app where financial history is public is probably the biggest red flag,” Ms. Stepanovich said.

Other advocates mentioned the possibility of using prepaid cards in fixed amounts, like the kinds that people can buy off a rack in a drugstore. Cryptocurrency, they added, usually does leave enough of a trail that achieving anonymity is challenging.

One thing that every expert emphasized is the lack of certainty. But there is an emerging gut feeling that corporations will be in the spotlight at least as much as judges.

“Now, these payment companies are going to be front and center in the fight,” Ms. Caraballo said.

Whether you optimistically hope that mortgage rates will decline or are resigned that rates will stay elevated above the historic lows of 2021, you … END_OF_DOCUMENT_TOKEN_TO_BE_REPLACED

A resident of Nikopol, Ukraine, in her backyard last month, with smoke rising from an area on the opposite bank of the Dnipro River. Credit...David … END_OF_DOCUMENT_TOKEN_TO_BE_REPLACED