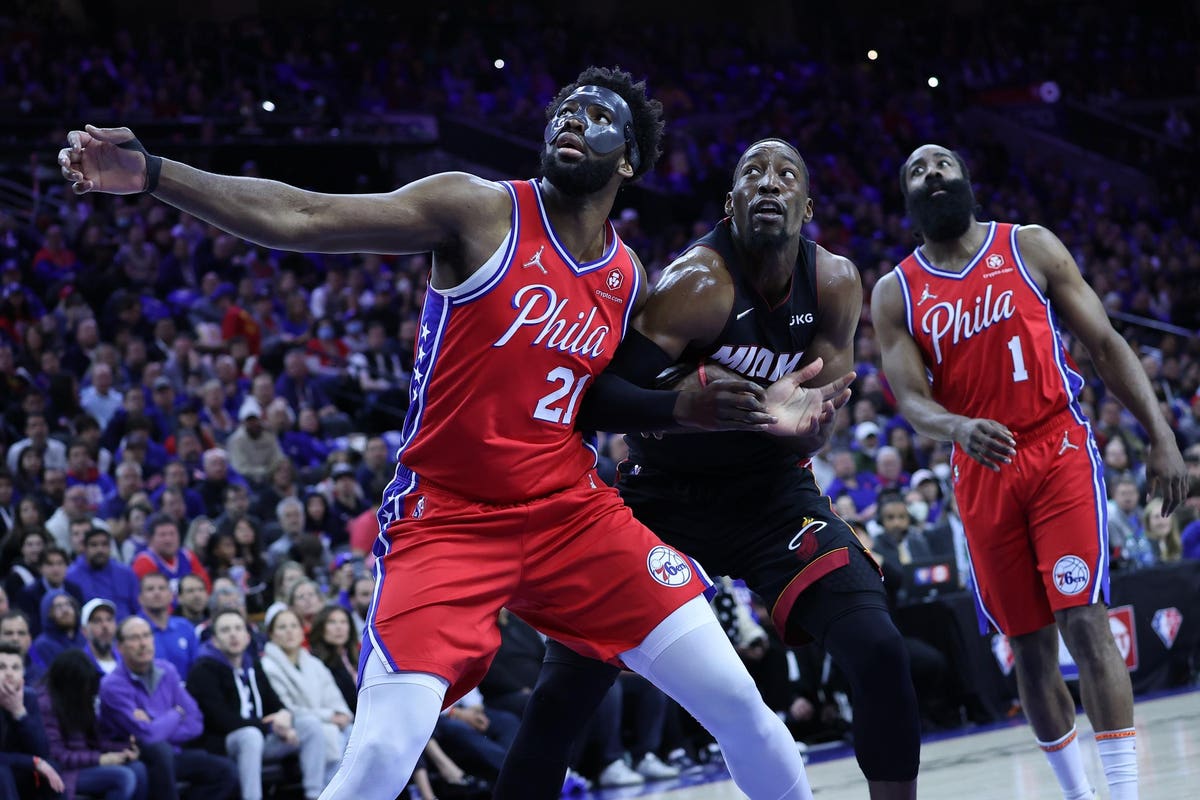 The Philadelphia 76ers’ roller-coaster season came to an end Thursday thanks to the Miami Heat’s 99-90 victory over them in Game 6 of the Eastern Conference Semifinals. They’re now headed into a pivotal offseason that may determine whether they’re ever able to surround MVP runner-up Joel Embiid with a championship-caliber supporting cast.

The biggest decision they’ll have to make this offseason revolves around James Harden, their blockbuster acquisition at the trade deadline. Regardless of whether he picks up his $47.4 million player option for next season or declines it to become an unrestricted free agent this summer, the Sixers will have to decide how much money and how many years they’re willing to commit to him on his next contract.

The rest of the Sixers’ offseason decision-making will trickle down from there. But regardless of how those negotiations play out, the Heat series demonstrated just how far away they are from assembling a legitimate championship contender.

When veteran wing Danny Green suffered what’s feared to be a serious knee injury in the opening minutes of Game 6, it further exposed the depth disparity between the Heat and Sixers. The Heat were able to rely on undrafted free agents such as Max Strus, Gabe Vincent and Caleb Martin throughout the series, while the Sixers’ reliable depth ended as soon as they dipped into their bench.

Kyle Lowry played only two games in this series before aggravating his hamstring injury and missing Games 5 and 6. Duncan Robinson, whom the Heat signed to a five-year, $90 million contract this past offseason, played only 18 minutes across the entire series. Despite that, Miami had a plethora of other options at its disposal.

Meanwhile, the Sixers sputtered as soon as they tapped into their bench. Heat guard Tyler Herro, this season’s Sixth Man of the Year, nearly single-handedly outscored every Sixers reserve in the series. (Herro had 88 points, while the Sixers’ bench combined for 117.)

As much as top-end talent matters in the playoffs, teams need some playable two-way depth in the event of injuries, foul trouble or specific matchup challenges. The Sixers were sorely lacking in that department.

Matisse Thybulle, who started in 50 of his 66 regular-season appearances this year, might have cost himself tens of millions of dollars with his postseason no-show. He was unavailable for the Sixers’ first-round games in Toronto because he wasn’t fully vaccinated against Covid-19, and he was far too inconsistent defensively to offset the spacing concerns he introduces offensively when he did play.

Georges Niang, the Sixers’ most reliable three-point shooter during the regular season, shot a horrific 4-of-25 from deep against Miami. He also pulled down only 10 rebounds in 93 minutes of playing time, and the Heat routinely targeted him on defense.

Shake Milton and Furkan Korkmaz showed positive flashes at times, but both were in and out of the rotation throughout the series. Second-year big man Paul Reed was the Sixers’ most consistent bench player throughout the playoffs, and he wasn’t even in their rotation until late in the regular season.

The Sixers won’t have many pathways to improve that depth this offseason barring a major shakeup. Even if they re-sign Harden for less than the max and waive Green in the wake of his knee injury, they’ll be limited to the $10.4 million non-taxpayer mid-level exception and the $4.1 million bi-annual exception, provided they can stay under the $155.7 million luxury-tax apron. If they can’t, they’ll have nothing more than the $6.4 million taxpayer mid-level exception and veteran minimum contracts to round out their roster.

The draft might not provide much reprieve, either. They traded their 2022 first-round pick to the Brooklyn Nets for Harden, but the Nets could defer it for their 2023 first-rounder instead. (Brooklyn must make that decision by June 1.) The Sixers also owe their second-rounder to the Heat, so they might not have a single pick in this year’s draft.

The Sixers could always try to buy a pick if so desired, but they’re already flush with young players at the end of their bench. Unless they believe they can add someone who can jump into their rotation right away they’d likely be better off prioritizing the development of recent draft picks such as Reed, Jaden Springer, Isaiah Joe and Charles Bassey.

The free-agent market is relatively barren in terms of impact players, but between Embiid, Harden, Tyrese Maxey and Tobias Harris, the Sixers don’t necessarily need another star. Instead, they need more two-way complementary players, which is where they should focus their attention with their MLE. Wesley Matthews, Danuel House Jr., Otto Porter Jr. and Gary Harris could all be names of potential interest, among others.

Backup center will be another critical area of need to address this offseason. They spent four roster spots on backup bigs heading into the playoffs, two of whom—DeAndre Jordan and Paul Millsap—were effectively unplayable. If they can’t trust Reed or Bassey in that role, they’ll have to pursue a veteran option in free agency or via the trade market.

The players bear some responsibility for their collapse in Games 5 and 6, too. After their Game 6 loss, both Harris and Embiid said the Sixers needed to be tougher.

All of this sets the stage for a momentous offseason. Team president Daryl Morey and general manager Elton Brand will have to work their magic on the margins for the Sixers to advance past the Eastern Conference Semifinals for the first time since 2000-01.

Unless otherwise noted, all stats via NBA.com, PBPStats, Cleaning the Glass or Basketball Reference. All salary information via Spotrac. All odds via FanDuel Sportsbook.

About an hour outside of the capital city of San Juan, the sumptuous spread known as Hacienda Illusion is now on the market for $48 million. For a … END_OF_DOCUMENT_TOKEN_TO_BE_REPLACED

Kids at Hilton Aruba play with the resident birds. Hilton Aruba As summer nears, hotels around the world are making big changes and refreshing their … END_OF_DOCUMENT_TOKEN_TO_BE_REPLACED

In 1789, before the slave rebellion, the marquis bought 21 recently kidnapped Africans before leaving for France. But he didn’t indicate where they … END_OF_DOCUMENT_TOKEN_TO_BE_REPLACED