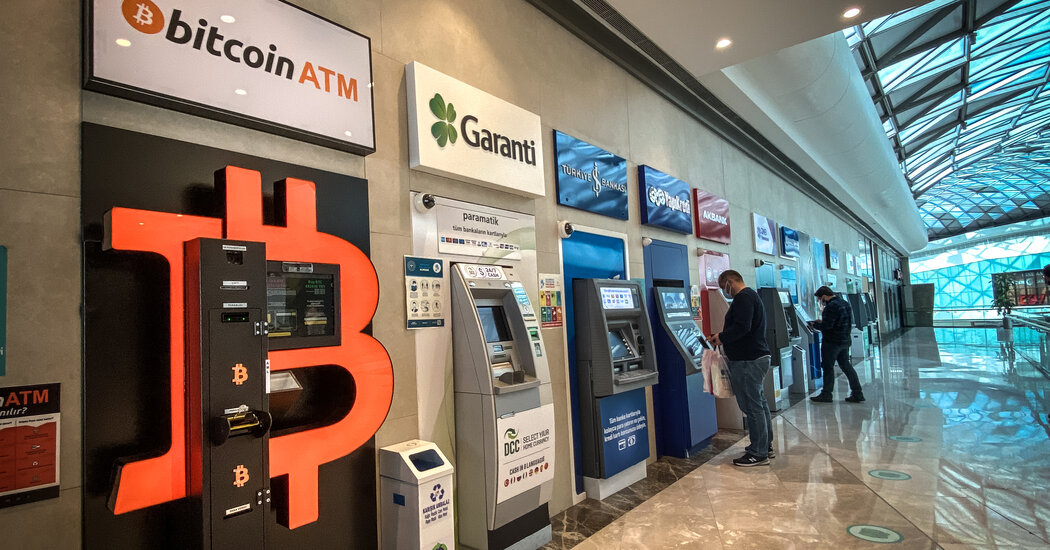 A cryptocurrency exchange in Turkey suspended operations this week amid accusations of fraud, freezing an estimated $2 billion in investors’ money, and authorities said they were seeking the company’s founder.

Thodex’s 27-year-old founder, Faruk Fatih Ozer, left Turkey for Albania on Tuesday, the Turkish authorities said, who added that they were seeking his extradition.

The cryptocurrency firm has nearly 400,000 active users, whose accounts were nominally worth a total of $2 billion, according to Oguz Evren Kilic, a lawyer in Ankara who is representing Thodex investors. If their money has vanished, the losses will add another element of instability to Turkey’s already shaky economy.

banned the use of cryptocurrencies for purchases, citing the “significant risks.”

Thodex promoted itself with ads that featured female Turkish celebrities dressed in bright red outfits and draped over a highly polished black automobile.

“For sure the economic situation has an affect on this,” Mr. Kilic, the lawyer, said in an interview. “In such times of crisis, people want to diminish the loss of value of the assets they have.”

The sagging lira has raised the cost of imported goods and fueled inflation, leading to a steady erosion in living standards. In March, the annual rate of inflation was 16 percent, according to official figures, which many economists say understate the true rate.

In a statement on Thodex’s website, Mr. Ozer, the founder, insisted that he had left the country merely to consult with foreign investors and would return. He said the accusations were a “smear campaign” and blamed the shutdown of the trading platform on a cyberattack.

Thodex “has not victimized anyone,” he said, adding that only about 30,000 accounts “have a suspicious situation.”

Mr. Kilic noted that none of Thodex’s customers could gain access to their accounts. “If you cannot access the account, then you are a victim,” he said.

On Twitter, people reacted to a statement from Thodex with crying face emojis. “There are people who trust and invest everything in you,” one user wrote.

If you’ve ever dreamed of a quiet life on a boat in Alaska, this new waterfront listing can help you realize that vision.Of course, there's always … END_OF_DOCUMENT_TOKEN_TO_BE_REPLACED