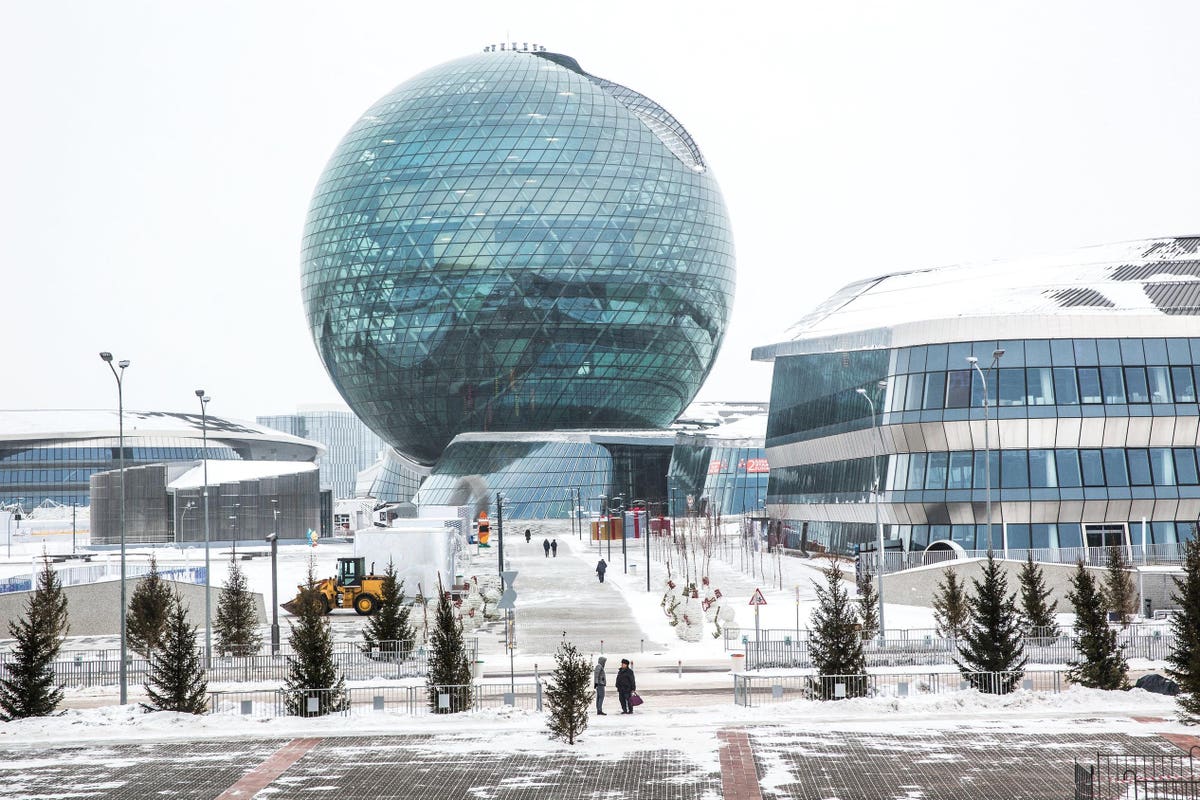 November was a big month for climate action. Attending leaders, diplomatic delegations, or recorded messages — practically every nation had some presence at this month’s United Nations Climate Change Conference in Glasgow. Even North Korea was represented, with its Ambassador to the United Kingdom attending a speech by South Korean President Moon Jae-in.

Leaders across the world agree that it is time for climate action. There is much to lose long-term in failing to take appropriate measures and much to gain if green technology is both economically competitive and energy efficient. However, questions remain for emerging industrial economies attempting to balance decarbonization with development. After all, the West’s rise to economic dominance was fueled by hydrocarbons – and now the developed world refuses to fund hydrocarbon projects even if they address energy poverty in emerging markets.

Some of those questions were addressed at the three-day Astana Club conference in Nur-Sultan, Kazakhstan, where I spoke last week.

Joined by the likes of former UN Secretary-General Ban Ki-moon, former Afghan President Hamid Karzai, and former Turkish President Abdullah Gül – attendees offered perspectives on what Kazakhstan and her Central Asian neighbors achieved over the past 30 years since independence – and how they might successfully navigate the next 30.  Achieving a ‘just’ energy transition for those countries still financially dependent on hydrocarbon and other raw materials production was central to this discussion.

Since its independence in late 1991, Kazakhstan, the largest landlocked country on Earth, has translated its rich natural resources into rapid economic growth. It attracted over $300 billion of foreign investment, and over half of it from the U.S. Kazakhstan also possesses immense renewable potential in the form of wind along the vast Kazakh steppe, and to a lesser extent, sun exposure in the south. Kazakhstan has vowed to reach carbon neutrality by 2060 – a bold target for a country which derives the lion’s share of government revenues from hydrocarbons.

Steadily, Kazakhstan’s government has enacted systemic market liberalization reforms that are putting the relatively young country on the right trajectory. In the early nineties, foreign companies invested tens of billions of US dollars in greenfield projects, starting with Tengiz, Kashagan, and Karachaganak, and purchased the majority of state-owned corporations in the oil and gas sector, a move made possible by the privatization of its energy industry. Development of these massive oil fields – led by America’s Chevron and Exxon – played a central role in the country’s economic growth, with real wages doubling from 1999 to 2014.

Nur-Sultan (then Astana) used these energy revenues to invest in human capital through education and infrastructure. It also aligned FDI standards with countries in the OECD countries and reduced the role of state-owned enterprises (SOEs) in the marketplace.

Kazakhstan was among the first to sign the Paris accords. It has acknowledged that a growth model that disregards the environment and climate implications is no longer viable. It is now taking difficult but needed steps to pivot its hydrocarbon-dependent economy towards green electrification, which can serve as a model to other emerging economies in similar positions.

The creation of the Astana International Financial Centre (AIFC) in 2017 – Kazakhstan’s flagship project to make the country a hub for regional investment, business, and sustainable financing – is a testament to the seriousness of the country’s green transition. Utilizing English common law to resolve disputes, the AIFC has attracted over a 1000 member companies eager to grow their businesses through a number of novel mechanisms, from Islamic finance to green bonds (offered through the AIFC’s Green Finance Centre).

Kairat Kelimbetov, the Governor of AIFC, had this to stay at the latest Astana Club meeting:

“It is no secret that the Kazakhstan economy, like the economies of other resource-based emerging economies, has been benefitting from fossil fuel production for a couple of decades. But since the global financial crisis, the government has been reviewing and rethinking the growth model, paying more attention to diversification and sustainability…

Emerging markets need to adhere to the sustainable development model. This model has many different aspects…from impact investment or environment-friendly finance, from increasing our economic complexity to ensuring right wealth distribution among our citizens…There is no doubt that we all, as a global community, need to fight climate change and ensure sustainable development. It’s not just another trend but rather an inevitable requirement, and all our economic development plans should be consistent with the global agenda…”

Kazakhstan is putting these words into practice. The government announced a 15-25% reduction in emissions from its 1990 baseline levels by 2030. It aims to have modified its energy mix from roughly 3% renewables to 15% wind, solar, and hydropower by 2030, and will cut coal produced energy from 70 percent of the total to 40 percent, according to Prime Minister Askar Mamin. To further assist in carbon sequestration, the sparsely forested country plans to plant two billion trees before 2025.

AIFC is capitalizing on the fact that finance for green projects is ripe for the picking if countries can lure investors. This year saw more bonds and loans going to green projects than fossil fuels for the first time in history. JPMorgan , Citigroup , and Bank of America are leading a group of American financial institutions that have pledged to facilitate at least 4 trillion dollars’ worth of sustainable deals over the next decade.

Investors recognize the potential in encouraging and contributing to the growth of developing countries, but these inflows are dependent upon a belief that their money is safe. In cracking down on corruption, strengthening contract enforcement, and improving the ease of doing business, developing countries can enrich themselves and better prepare for the green transition. Decarbonization does not need to be the enemy of growth. This is the idea that will propel Kazakhstan’s needed shift towards development that combines green transition with extant mineral and energy wealth.

With Assistance from James Grant

A Falcon 9 rocket launches the GPS III SV05 satellite on a mission for the U.S. Space Force on June 17, 2021.SpaceXElon Musk's SpaceX broke its own … END_OF_DOCUMENT_TOKEN_TO_BE_REPLACED

The "Dog Whisperer" is also a real estate whiz.Canine trainer Cesar Millan has quickly found a buyer for his $4 million Encino, CA, residence. The … END_OF_DOCUMENT_TOKEN_TO_BE_REPLACED