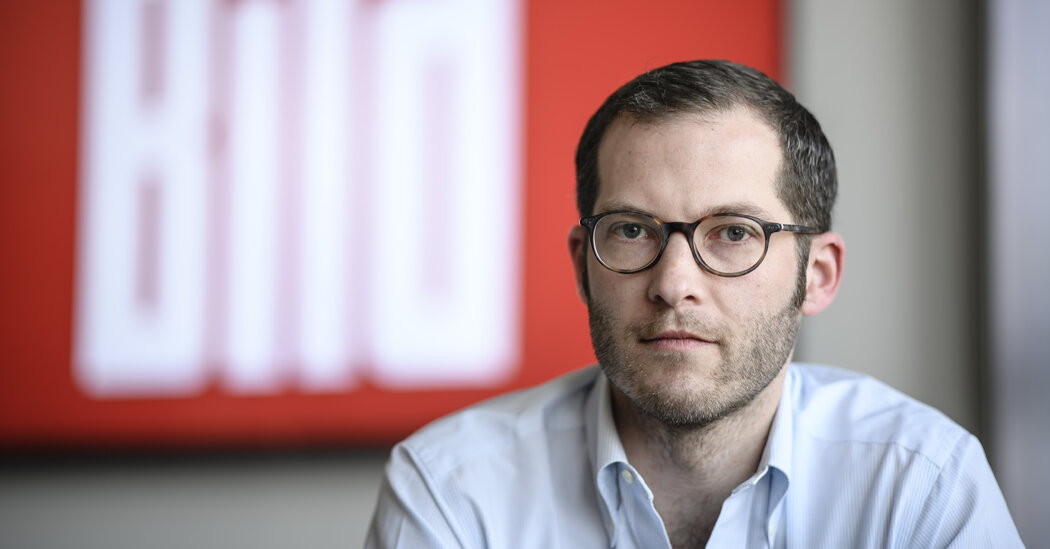 The editor in chief of Bild, Europe’s largest newspaper and an influential force in German politics and society, has taken a leave of absence while a law firm conducts an investigation into accusations made against him, the publication’s owner said.

Julian Reichelt, the editor, denies accusations of misconduct, Axel Springer, Bild’s publisher, said in a statement. Springer said it had no “clear evidence” of misconduct, but had hired the law firm Freshfields to investigate the accusations. It did not specify what they were.

The accusations were first reported by the magazine Spiegel, which cited half a dozen female employees who had worked for Bild and complained of coercion by Mr. Reichelt. Spiegel did not name the female employees. The magazine said the women accused Mr. Reichelt of abusing his position of authority and creating a hostile work environment but did not provide further details.

“To make sure that the investigation process can be seen through to the end undisturbed, and the editorial team can work without further burdens,” Springer said, Mr. Reichelt “has asked the Axel Springer board to release him from his functions until the accusations have been clarified.”

powerful men brought down by accusations of misconduct against women have been relatively rare.

Germany and most European countries protect the identities of accused people in legal proceedings, making it more difficult for the media to report about cases of harassment.

Courts have often been unsympathetic. In 2019, a French court ordered the leader of the country’s equivalent to the #MeToo movement to pay damages to a former television executive she had accused of making salacious and humiliating advances to her.

With a print circulation of 1.2 million, Bild is Europe’s largest newspaper, but like most publications has suffered steep declines in print readership. In 2011, daily print sales averaged 2.8 million, according to the newspaper’s website, and that was down from 4 million in 1965.

opinion pieces. He had lately railed against what he said was the German government’s mismanagement of the pandemic crisis. He complained earlier this month that the authorities fined joggers for not wearing masks while federal and state governments bungled the rollout of vaccines.

Springer said in a statement on Saturday that the investigation involving Mr. Reichelt would include “an evaluation of the credibility and integrity of all parties involved.”

The publisher added: “Prejudgments based on rumors are unacceptable for the Axel Springer corporate culture.”

Kevin McKenzie and Martine van Hamel were standing in the dining room of their weekend house in Woodstock, N.Y., trying to figure out when they got … END_OF_DOCUMENT_TOKEN_TO_BE_REPLACED