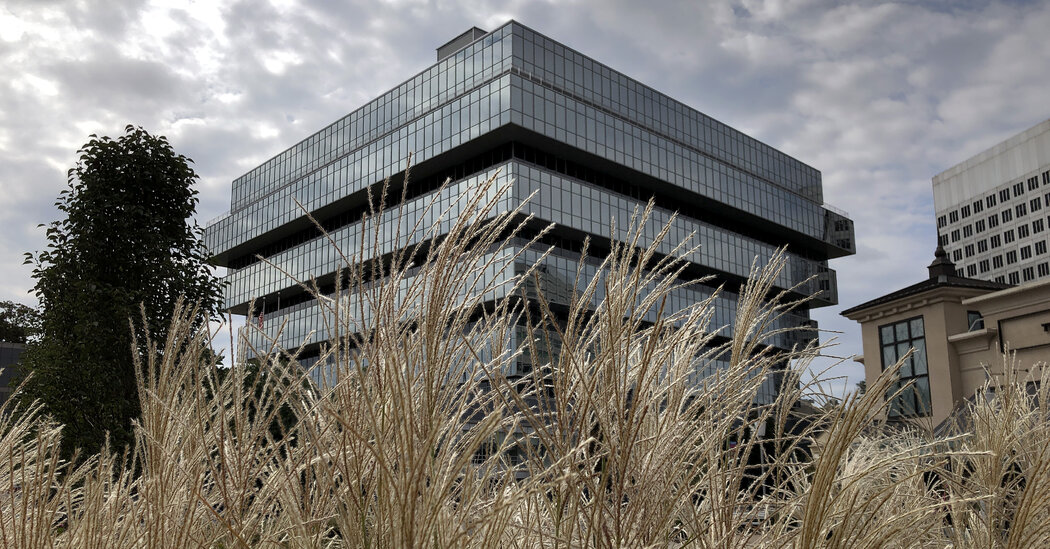 In a filing that signifies the beginning of the end of the country’s most notorious manufacturer of prescription opioids, Purdue Pharma submitted its bankruptcy restructuring plan just before midnight on Monday. The blueprint requires members of the billionaire Sackler family to relinquish control of the company and transforms it into a new corporation with revenue directed exclusively toward abating the addiction epidemic that its signature painkiller, OxyContin, helped create.

The plan, more than 300 pages long, is the company’s formal bid to end thousands of lawsuits and includes a pledge from the Sacklers to pay $4.275 billion from their personal fortune — $1.3 billion more than their original offer — to reimburse states, municipalities, tribes and other plaintiffs for costs associated with the epidemic.

If the plan is approved by a majority of the company’s creditors and Judge Robert D. Drain of federal bankruptcy court in White Plains, N.Y., payments will start pouring into three buckets: one to compensate individual plaintiffs, like families whose relatives overdosed or guardians of infants born with neonatal abstinence syndrome, as well as hospitals and insurers; another for tribes; and the third — and largest — for state and local governments, which have been devastated by the costs of a drug epidemic that has only worsened during the Covid-19 pandemic.

“With drug overdoses still at record levels, it is past time to put Purdue’s assets to work addressing the crisis,” said Steve Miller, chairman of Purdue’s board of directors, in a statement. “We are confident this plan achieves that critical goal. ”

filed for bankruptcy protection in 2019.

Individual members of the Sackler family agreed to pay the federal government $225 million in civil penalties, but said in a statement that they had “acted ethically and lawfully.” Although the Sacklers were not charged criminally, the Justice Department reserved the right to pursue criminal charges later.

recent public health principles that were signed by at least two dozen major medical, drug policy and academic institutions and that include attention to drug prevention, youth education, racial equity and transparency.

The plan will be voted on by tens of thousands of parties. Confirmation hearings will ensue, and a conclusion is expected in a few months. From the start of the bankruptcy proceedings 18 months ago, leaders of a major bloc of municipalities signaled their support, as did 24 states.

Lloyd B. Miller, who represents numerous tribes including the Navajo Nation, said his clients were on board.

“It’s critical that more opioid treatment funding starts flowing into tribal communities, all the more so given the extraordinary devastation tribes have suffered during the Covid pandemic,” he said.

But since 2019, when Purdue filed for bankruptcy, 24 other states — some controlled by Democrats, others by Republicans — and the District of Columbia have opposed the move, noting that Purdue has continued to profit from its OxyContin sales.

Maura Healey, the attorney general of Massachusetts, who was the first to sue individual members of the Sackler family, contended that under this plan, the Sackler payments would come from their investment returns rather than from principal.

“The Sacklers became billionaires by causing a national tragedy,” Ms. Healey said in a statement. “They shouldn’t be allowed to get away with it by paying a fraction of their investment returns over the next nine years and walking away richer than they are today.”

Attorneys general for the opposing states said that although the plan was an improvement over earlier proposals, they still found it disappointing for several reasons. Among those, they said, the plan should be amended to establish “a prompt and orderly wind-down of the company that does not excessively entangle it with states and other creditors.”

Two branches of the Sackler family — heirs of two of the brothers who founded the company — said: “Today marks an important step toward providing help to those who suffer from addiction, and we hope this proposed resolution will signal the beginning of a far-reaching effort to deliver assistance where it is needed.”

The eldest brother, Dr. Arthur Sackler, sold his shares before OxyContin was introduced and his relatives are not part of the litigation.

A forensic audit of the Sacklers’ finances, commissioned by Purdue in the course of the bankruptcy investigations, determined that from 2008 to 2017 the family earned more than $10 billion from the company. Lawyers for the family said that the full amount was not liquid: More than half went toward taxes and investments in businesses that will be sold as part of the bankruptcy agreement.

Although states and other blocs of creditors have vociferously objected to elements of the plan for 18 months, many factors seem to favor the likelihood of approval: the duration of the litigation, the exorbitant cost to all parties, the urgency of the worsening opioid crisis and the overall depletion of public health resources by the coronavirus pandemic.

The new company would continue to sell OxyContin, a painkiller that is still approved by the Food and Drug Administration under limited circumstances. But it would diversify its products to include generics and a drug to treat attention deficit hyperactivity disorder, as well as set aside new drugs to reverse overdoses and treat addiction, to be distributed on a nonprofit basis as a public health initiative.

Kevin McKenzie and Martine van Hamel were standing in the dining room of their weekend house in Woodstock, N.Y., trying to figure out when they got … END_OF_DOCUMENT_TOKEN_TO_BE_REPLACED