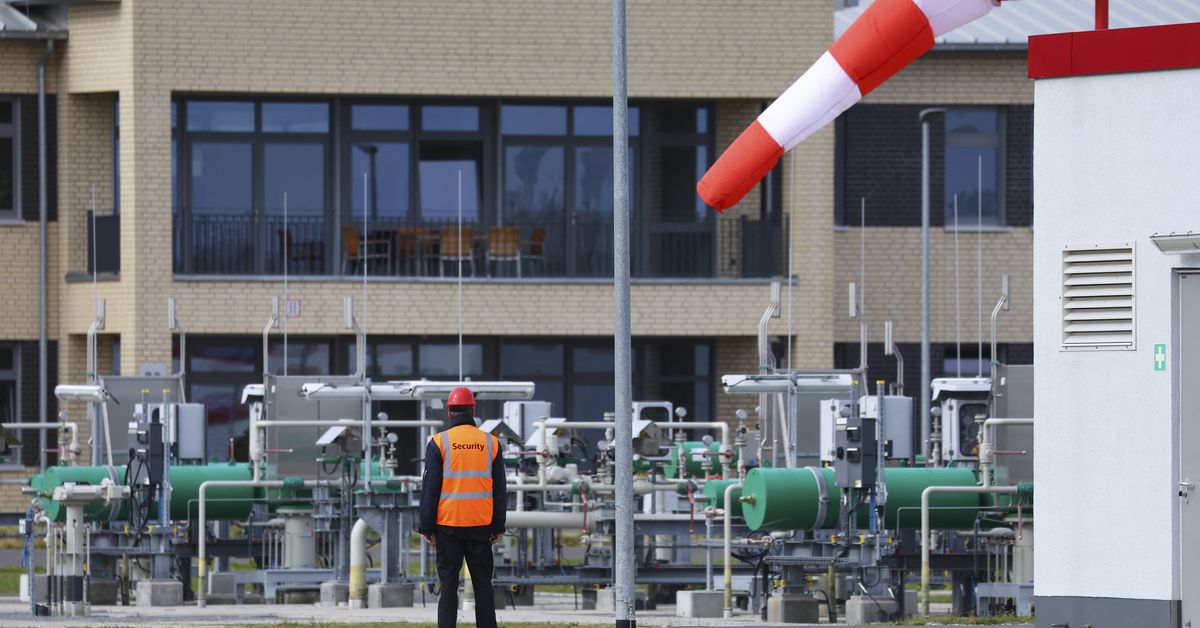 “A decision has not been made and it’s unlikely to be made, but that’s no longer our business, it’s the business of our partners,” he said.

The Nord Stream pipelines, intended to carry gas from Russia to Germany under the Baltic Sea, suffered unexplained ruptures in three of their four lines, incidents that European countries have called sabotage.

Putin said on Wednesday that Russian gas could still be supplied to Europe through the one remaining intact line of the uncommissioned Nord Stream 2 pipeline, but a German government spokesman ruled this out.

Germany froze the approval process for the recently laid Nord Stream 2 as Russia was preparing to invade Ukraine, and it was never opened.

“They have to decide what is more important for them: fulfilling some kind of alliance commitment, as they see it, or safeguarding their national interests,” Putin said.

The impact of efforts to use less Russian energy, plus steep cuts in supplies from Russia, have been felt across the 27-nation European Union, with gas prices almost 90% higher than a year ago and fears of rationing and power cuts over the coming winter.

EU energy ministers on Wednesday agreed on the outlines of a package of proposals to tackle the crisis that will be put to the European Commission next week.

AUSTIN, Texas--(BUSINESS WIRE)--As the first multifamily management company to be recognized in the Public Relations and Marketing Excellence Awards, … END_OF_DOCUMENT_TOKEN_TO_BE_REPLACED

There have been whispers of cooling housing and rental prices in the San Francisco Bay Area, but that hasn't yet translated into practical, noticeable … END_OF_DOCUMENT_TOKEN_TO_BE_REPLACED

Cars pass in Independence Square at twilight in Kyiv, Ukraine, Monday, Oct. 31, 2022. Rolling ... [+] blackouts are increasing across Ukraine as the … END_OF_DOCUMENT_TOKEN_TO_BE_REPLACED