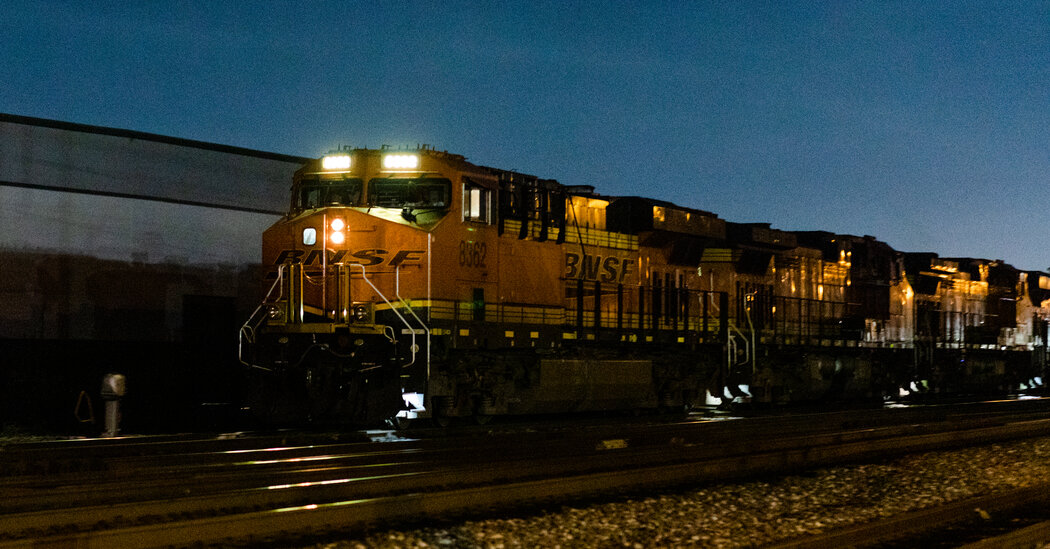 America’s first commercial railroads were built almost two centuries ago. Freight rail has been a symbol of the nation’s economic might and ingenuity ever since.

In recent years, some of the biggest names on Wall Street have made significant investments in railroads, reaping big stock gains as railroads reported higher profits. But the underlying strategies that strengthened railroads’ bottom lines have caused friction with customers, regulators and particularly workers — giving rise to a contract dispute that threatened a nationwide shutdown of the railway system.

After losing ground to trucking in the mid-20th century, the rail industry managed to recover through decades of consolidation and a push for efficiency. Critics say those same dynamics created a system with thin staffing and minimal competition, making it particularly vulnerable to shocks like the coronavirus pandemic.

Those complaints were at the center of the contract impasse that left tens of thousands of workers prepared to walk off the job last week. A strike could have been economically devastating, paralyzing shipments of grain, chemicals and other cargo.

It was averted with less than a day to go when the Biden administration helped to broker a tentative agreement that addresses some of those issues and will be put to a vote of the rail unions’ members in the coming weeks.

Our Coverage of the Investment World

The decline of the stock and bond markets this year has been painful, and it remains difficult to predict what is in store for the future.

The freight rail industry says it has worked hard to adapt to rapid changes — including the pandemic and, before that, a decline in demand for coal, a critical source of business.

“The industry has had to continually evolve to grow its other services,” said Ian Jefferies, the president of the Association of American Railroads, an industry group. To make up for the decline in coal, freight shippers have tried to transport more grain, truck trailers, shipping containers and other goods, he said.

according to the Surface Transportation Board, which monitors and regulates rates.

Prices started to increase in the early 2000s, driven by rising costs for labor, fuel, materials and supplies as well as a growing focus on profitability. From 2002 to 2019, long-distance trucking rates increased by 40 percent, according to a Transportation Department report published this year, while rail rates grew by 96 percent, though they are still well below historical levels, adjusted for inflation.

won a proxy battle for Canadian Pacific in 2012 and installed Mr. Harrison to lead the company.

Mr. Harrison brought his approach to Canadian Pacific, then to CSX in 2017, before his death that year. Other freight carriers and Wall Street increasingly took notice, and the practice has spread throughout the industry.

Many freight rail experts say P.S.R. brought necessary reforms to the industry, but they also say some practices, which can differ greatly among carriers, went too far or were poorly executed. Unions say the system has created miserable working conditions.

“I’ll venture a rare prediction,” he wrote in February. “BNSF will be a key asset for Berkshire and our country a century from now.”

Soon after Herschel Walker, the former football star, announced he would run for U.S. Senate in Georgia as a Republican, his son Christian appeared … END_OF_DOCUMENT_TOKEN_TO_BE_REPLACED

SpaceX launched four people to the International Space Station from Florida on Wednesday, as Elon Musk's company keeps up a steady pace of crewed … END_OF_DOCUMENT_TOKEN_TO_BE_REPLACED