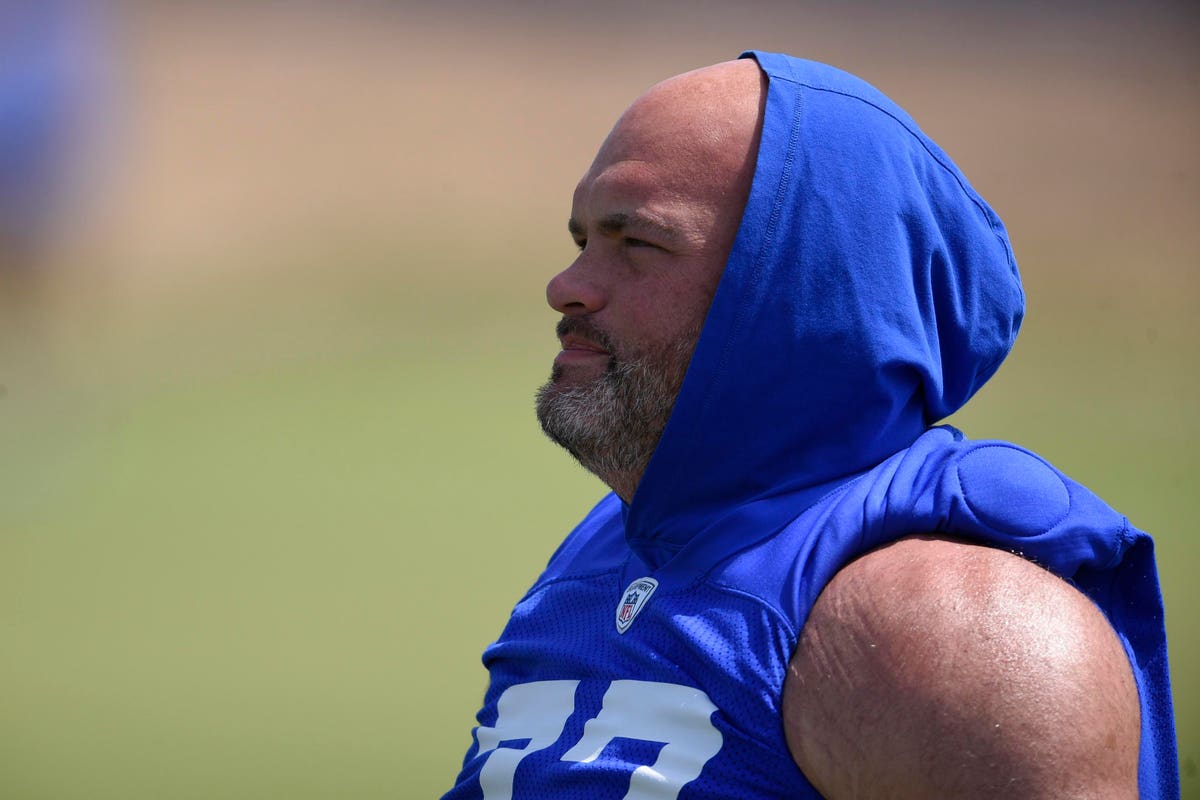 Veteran Los Angeles Rams left tackle Andrew Whitworth is ready to cap his extraordinary career. When that might be is still to be determined.

“I keep saying at some point you’ve got to hedge your bet that this is the last one,’’ said Whitworth, as he goes about his 16th NFL training camp. “I don’t know when that is but this could be it, but I’ve said that seven or eight times in a row now so we’ll see.’’

Whitworth is earning $6.6 million in base salary and signing bonus to protect what quarterback Matthew Stafford can’t see and that’s his blindside. Whitworth, one of the team’s unquestionable leaders, is buckling up his chinstrap for at least one more lap around the league.

“My NFL career could have a driver’s license now,’’ said Whitworth, who’ll turn 40 during the season. “It’s pretty wild.’’

What’s crazy is that Whitworth, a second-round pick out of LSU is 2006, will eclipse the $100 million mark in career earnings this season in the second year of his three-year, $30 million deal.

Reaching that $100 million milestone as an offensive lineman speaks to Whitworth’s level of production and commitment to keep playing while most the colleagues he started with are at home, rubbing their sore bones.

Although it was Whitworth who was acting his age last year, skipping seven games with tears to two knee ligaments. He returned for the playoffs and is primed to contribute to the Rams’ enhanced passing game this season.

Stafford is being asked to stretch defenses with L.A. going for chunk plays that require more time in the pocket. Whitworth is all in in supplying Stafford with those extra ticks as he reads through his progression and loads his strong right wing.

Whitworth didn’t have his arm twisted to board the Stafford bandwagon. Few NFL players are as forthright as Whitworth so when he blows someone up he’s not just blowing smoke.

After the Whitworth and Stafford families clicked over the offseason, Whitworth is upbeat about Stafford, the man acquired to replace Jared Goff and lead the Rams on a deep playoff run.

“You can tell he’s one of the guys that does it the right way and is a great representation of this league,’’ Whitworth said.

The NFL is fortunate to have Whitworth as a glowing example of how to shine on and off the field. That he’s collected more than $100 million along the way proves what can be accomplished by staying healthy and motivated.

Whitworth’s first deal of $2.9 million for four years was only the beginning. Now with the sand in his NFL hourglass quickly dissipating, Whitworth is determined to finish strong.

“I’m fresh,’’ he said. “Mentally, physically and ready for the journey.”

It’s a trek with an expiration date. Although pinning it down is as tough as getting around Whitworth.

“I’ve always enjoyed playing,’’ he said. “I still have a passion to be really good at it.’’

You were seeing double this week: A spectacular $54 million compound featuring two equally luxurious mansions separated by a private lake in Southwest … END_OF_DOCUMENT_TOKEN_TO_BE_REPLACED

Taylor Heinicke #4 of the Washington Football Team celebrates after defeating the Seattle Seahawks at FedExField on November 29, 2021 in Landover, … END_OF_DOCUMENT_TOKEN_TO_BE_REPLACED

Members of the Ukrainian Police force, Larisa, 31, and Roman, 30, get married at a wedding hall at an expo center in Kyiv, Ukraine, on … END_OF_DOCUMENT_TOKEN_TO_BE_REPLACED