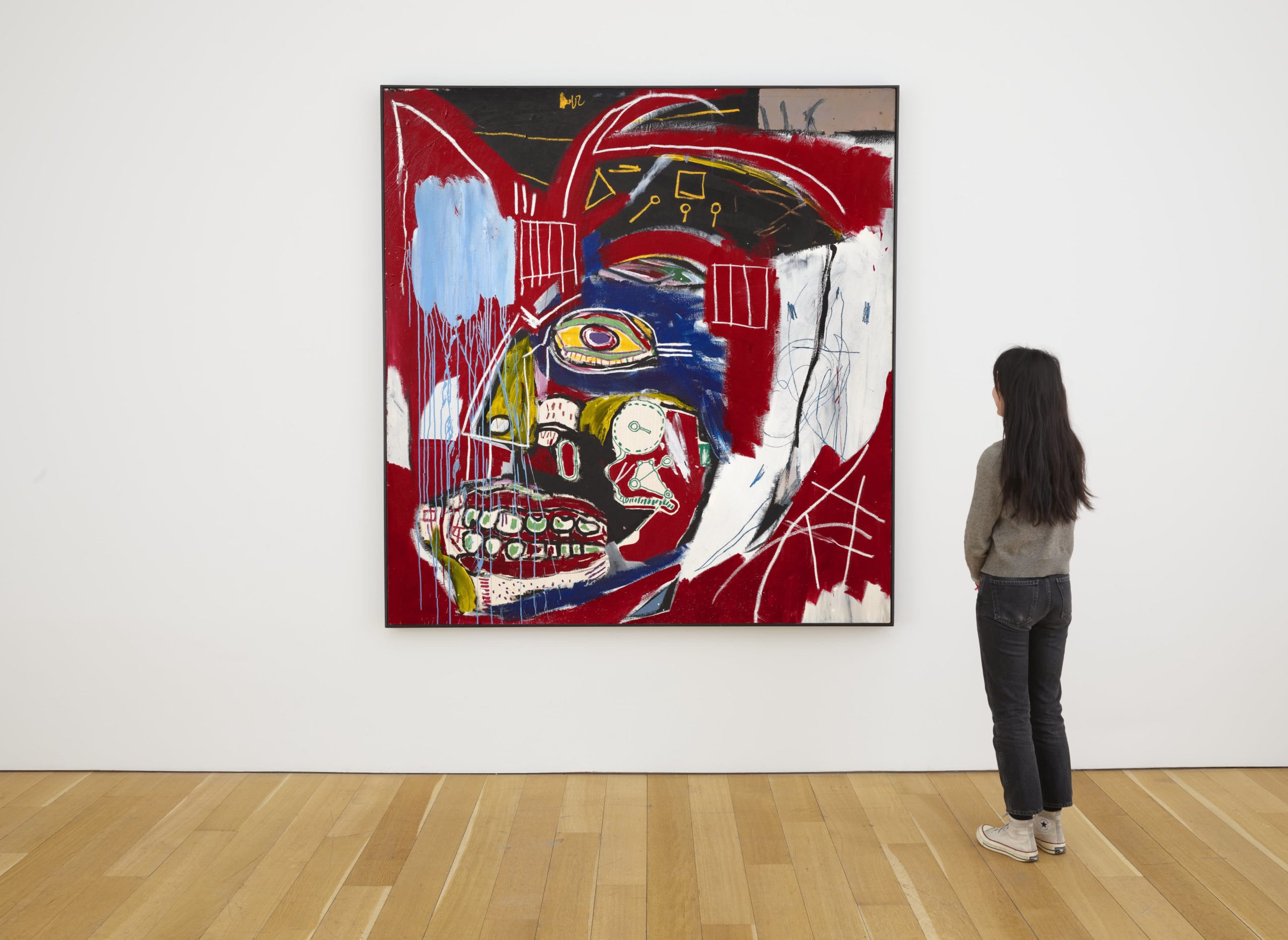 A woman looks at a Basquiat painting titled “In This Case” that is coming up for auction at Christies, with an estimate of over $50 million.

In a sign that the art market is flush with cash, a rare painting by Jean-Michel Basquiat is being auctioned off by Christie’s with an estimate of more than $50 million.

The painting, one of three famous large “skull” paintings by Basquiat, will be the centerpiece of Christie’s sale of 21st Century Art in May in New York. Christie’s 20th Century and 21st Century auctions will also feature a Pablo Picasso estimated to go for more than $50 million and other trophy works by Claude Monet, Mark Rothko and Vincent Van Gogh — a sign that lofty prices are enticing sellers to part with major works.

Christie’s doesn’t have an official estimate on the Basquiat work, called “In this Case,” but the auction house is telling collectors upon request that the estimate over $50 million. Dealers said it could even go for twice that.

The piece is one of a trio of “skull” paintings Basquiat made. In 2017, another sold at a Christie’s auction for $110 million. Dealers said “In this Case” — with its even more dramatic red and yellow color palette — could fetch more.

“As his final expression in the series, it is the most raw and visceral and emotionally charged of the three paintings, with Basquiat holding nothing back,” said Ana Maria Celis, senior specialist and head of 21st century art at Christie’s.

Basquiat has quickly become a favorite among wealthy global collectors and museums, especially amid the growing awareness of racial justice and diversity issues. His “Warrior” painting sold at auction in Hong Kong last year for $42 million, making it the most expensive Western artwork ever sold at auction in Asia.

While Christie’s won’t comment on the identity of the seller, dealers say it is a European collector and bidding is expected to come from around the world.

“The appetite for Basquiat’s works is global and has dramatically expanded in recent years, ” Celis said.

Good morning and happy Mother’s Day. (Hi, mom!) Here’s the news you need to know for the week ahead in business and tech. — Charlotte … END_OF_DOCUMENT_TOKEN_TO_BE_REPLACED

HANOVER, N.H. — Sirey Zhang, a first-year student at Dartmouth’s Geisel School of Medicine, was on spring break in March when he received an email … END_OF_DOCUMENT_TOKEN_TO_BE_REPLACED

VLACHOVICE-VRBETICE, Czech Republic — For nearly a century, local residents have wondered at the strange comings and goings at a sealed-off camp … END_OF_DOCUMENT_TOKEN_TO_BE_REPLACED