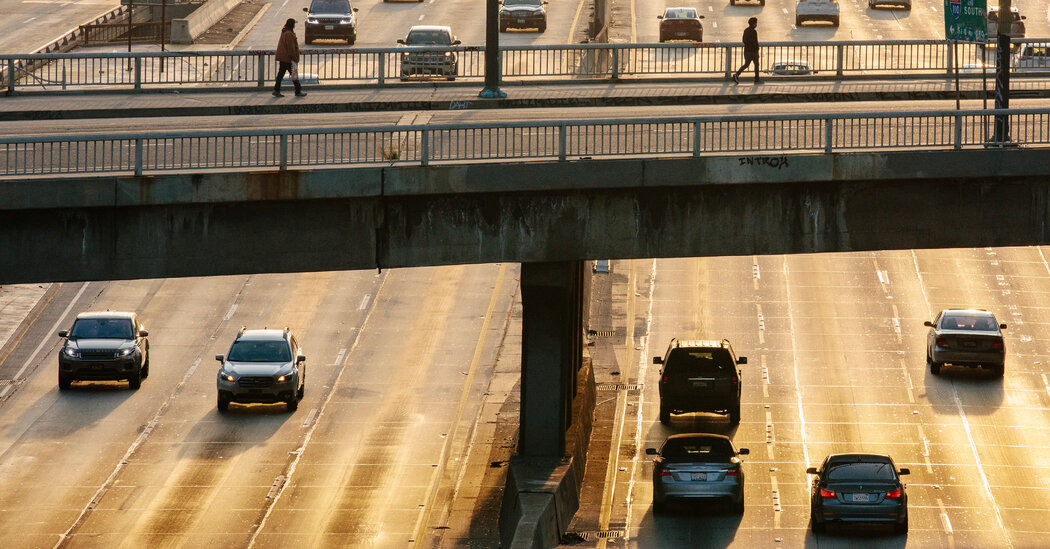 WASHINGTON — The Biden administration sent Senate Republicans an offer on Friday for a bipartisan infrastructure agreement that sliced more than $500 billion off the president’s initial proposal, a move that White House officials hoped would jump-start the talks but that Republicans swiftly rejected.

The lack of progress emboldened liberals in Congress to call anew for Mr. Biden to abandon his hopes of forging a compromise with a Republican conference that has denounced his $4 trillion economic agenda as too expensive and insufficiently targeted. They urged the president instead to begin an attempt to move his plans on a party-line vote through the same process that produced his economic stimulus legislation this year.

Mr. Biden has said repeatedly that he wants to move his infrastructure plans with bipartisan support, which key centrist Democrats in the Senate have also demanded. But the president has insisted that Republicans spend far more than they have indicated they are willing to.

He also says that the bill must contain a wide-ranging definition of “infrastructure” that includes investments in fighting climate change and providing home health care, which Republicans have called overly expansive.

countered with a $568 billion plan, though many Democrats consider that offer even smaller because it includes extensions of some federal infrastructure spending at expected levels. In a memo on Friday to Republicans, obtained by The New York Times, Biden administration officials assessed the Republican offer as no more than $225 billion “above current levels Congress has traditionally funded.”

The president’s new offer makes no effort to resolve the even thornier problem dividing the parties: how to pay for that spending. Mr. Biden wants to raise taxes on corporations, which Republicans oppose. Republicans want to repurpose money from Mr. Biden’s $1.9 trillion economic aid package, signed in March, and to raise user fees like the gas tax, which the president opposes.

Mr. Biden “fundamentally disagrees with the approach of increasing the burden on working people through increased gas taxes and user fees,” administration officials wrote in their memo to Republican negotiators. “As you know, he made a commitment to the American people not to raise taxes on those making less than $400,000 per year, and he intends to honor that commitment.”

Still, the new proposal shows some movement from the White House. It cuts out a major provision of Mr. Biden’s “American Jobs Plan”: hundreds of billions of dollars for advanced manufacturing and research and development efforts meant to position the United States to compete with China for dominance in emerging industries like advanced batteries. Lawmakers have included some, but not all, of the administration’s proposals in those areas in a bipartisan bill currently working its way through the Senate.

Mr. Biden’s counteroffer would also reduce the amount of money he wants to spend on broadband internet and on highways and other road projects. He would essentially accept the Republicans’ offer of $65 billion for broadband, down from $100 billion, and reduce his highway spending plans by $40 billion to meet them partway. And it would create a so-called infrastructure bank, which seeks to use public seed capital to leverage private infrastructure investment — and which Republicans have pushed for.

Republican senators who were presented the offer in a conference call with administration officials on Friday expressed disappointment in it, even as they vowed to continue talks.

“During today’s call, the White House came back with a counteroffer that is well above the range of what can pass Congress with bipartisan support,” said Kelley Moore, a spokeswoman for Senator Shelley Moore Capito of West Virginia, who is leading the Republican negotiating group.

“There continue to be vast differences between the White House and Senate Republicans when it comes to the definition of infrastructure, the magnitude of proposed spending, and how to pay for it,” Ms. Moore said. “Based on today’s meeting, the groups seem further apart after two meetings with White House staff than they were after one meeting with President Biden.”

The updated White House offer drew immediate pushback from progressives as well, illustrating the extent to which the forces pushing against a deal are bipartisan. Senator Edward J. Markey, Democrat of Massachusetts, urged his party not to “waste time” haggling over details with Republicans who do not share their vision for what the country needs.

Democratic leaders on Capitol Hill have watched the talks skeptically, wary that Republicans will eat up valuable time on the legislative calendar and ultimately refuse to agree to a deal large enough to satisfy liberals. While they have given the White House and Republican senators latitude to pursue an alternative, party leaders are under increasing pressure from progressives to move a bill unilaterally through the budget reconciliation process in the Senate.

They have quietly taken steps to make that possible in case the talks collapse. Aides to Senators Chuck Schumer, Democrat of New York and the majority leader, and Bernie Sanders, independent of Vermont and the chairman of the Budget Committee, met on Thursday with the Senate parliamentarian to discuss options of proceeding without Republicans under the rules.

Biden administration officials were frustrated that Republicans did not move more toward the president in a new offer they presented this week in negotiations on Capitol Hill. They made clear to Republicans on Friday that they expected to see significant movement in the next counteroffer, and that the timeline for negotiations was growing short, a person familiar with the discussions said.

The administration may soon find itself negotiating with multiple groups of senators. A different, bipartisan group plans to meet on Monday night to discuss spending levels and proposals to pay for them. Members of the group — which includes Mitt Romney of Utah, Susan Collins of Maine, Bill Cassidy of Louisiana and Rob Portman of Ohio, all Republicans, as well as Kyrsten Sinema of Arizona and Joe Manchin III of West Virginia, both Democrats — helped draft a bipartisan coronavirus relief bill in December.

When you’re searching for—and ultimately settling into—a new house, it’s all about prioritizing the to-do list. And in these days of … END_OF_DOCUMENT_TOKEN_TO_BE_REPLACED

More From ForbesOct 7, 2022,12:14pm EDTMenopause Supplement Industry To Grow To $22.7 Billion By 2028 As Women Seek Out Alternative … END_OF_DOCUMENT_TOKEN_TO_BE_REPLACED