Twenty-three million dollars sounds like a lot of money, right?

But even after taking such a big chunk off their 2021 salary cap by exercising their right to restructure contracts for some of their most important players, the Bears may not have the flexibility to sign significant free agents in this cycle.

The restructured deals for Khalil Mack, Eddie Jackson and Cody Whitehair helped General Manager Ryan Pace absorb the recent signings of defense end Mario Edwards Jr., placekicker Cairo Santos and punter Pat O’Donnell to a three-year deal over the weekend. But it will take acquisitions outside of the draft to upgrade the roster that finished 8-8 last season, and Pace and his staff still have some heavy lifting in their immediate future.

With the NFL cutting the salary cap figure from $198.2 million to $182.5 million, reflecting lost revenue from the Covid-19 pandemic, a lot of fizz figures to be gone from free agency across the board. NBC’s Peter King reports that the average NFL team is entering free agency only about $13 million under the cap, which is down from $43 million last year. Those figures do not include rookie pools to sign picks from the April draft, further handcuffing teams.

According to spotrac.com, the Bears are currently $89,842 below an effective salary cap figure of $190.1 million (including a rollover from 2020) after delaying the cap hits for Mack, Jackson and Whitehair in anticipation of the cap climbing above $200 million per team in 2022 and ’23. They will have to shave more salary as they pursue help at quarterback and in the offensive line.

They apparently will take a hit on the first day of free agency. The Jacksonville Jaguars have agreed to sign defensive tackle Roy Robertson-Harris to a three-year, $24.4-million deal, according to NFL.com’s Tom Pelissero. He had a one-year, $3.2-million deal last season and the Bears could not pay him a raise to stay.

The Chicago Tribune’s Brad Biggs reports the Bears may restructure contracts for Robert Quinn, Eddie Goldman and Nick Foles as they work to create room for newcomers. One downside of dealing cap hits is that players like Mack and Jackson become less attractive in trade talks due to their pending cap hit.

Edwards, a veteran who signed with the Bears after being released by New Orleans last September, excelled after coming to Chicago. He was headed toward free agency after being given a high grade by Pro Football Focus. His career-best 90.1 mark for last season ranked third among 125 interior linemen who played enough to qualify.

The Rams’ Aaron Donald and the Chiefs’ Chris Jones were the only interior linemen graded higher by PFF.

Edwards’ performance weighed heavier for Pace and the Bears’ ownership than a two-game suspension for using performance-enhancing drugs and an incident last fall when he was charged with misdemeanor assault on a female the night before the Bears played the Panthers in Charlotte. 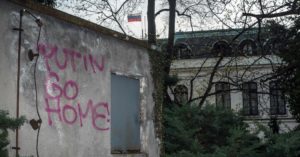 PRAGUE — Russia’s unraveling relations with the West took a dramatic turn for the worse on Thursday when the Czech Republic, furious over what it said … END_OF_DOCUMENT_TOKEN_TO_BE_REPLACED 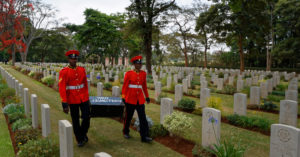 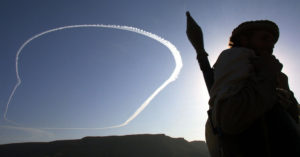 President Biden, declaring that the United States had long ago accomplished its mission of denying terrorists a safe haven in Afghanistan, announced … END_OF_DOCUMENT_TOKEN_TO_BE_REPLACED