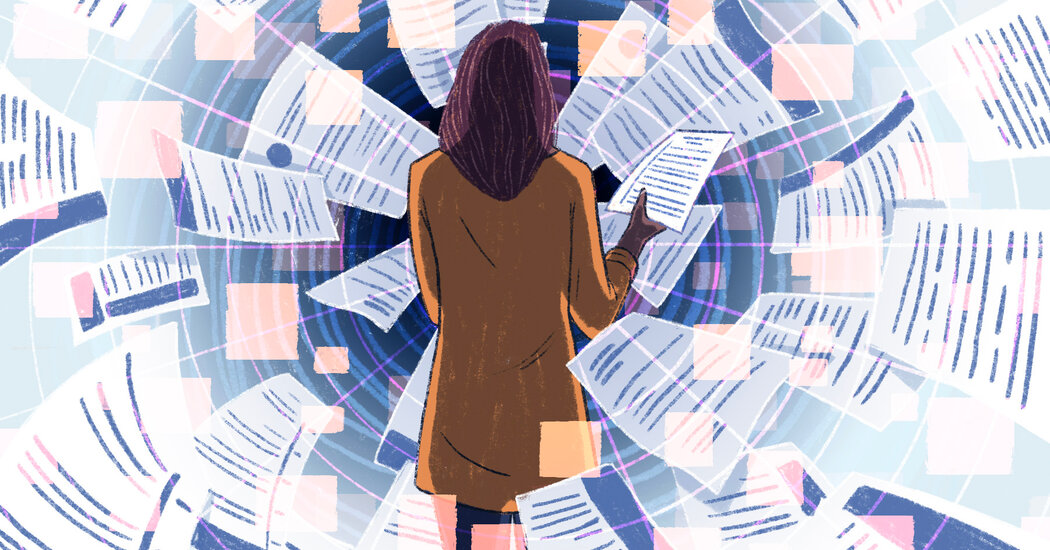 It was inevitable: When companies made it simple to apply for a job online, applications poured in. To wade through this ever-rising tide of résumés, human resources departments are increasingly turning to artificial intelligence systems to pluck out the candidates deemed to be good fits. So while applying may be as easy as a mouse click, that résumé is much more likely to be screened out into oblivion than end up in front of a recruiter.

To avoid getting caught by the résumé sifter, job seekers should understand the new systems, which have been spreading to more industries and positions.

So-called predictive hiring tools evaluate résumés by finding keywords related to categories like skills, experience and education, and weighting them according to the job requirements and any other factors the hiring company has specified. The system may weight applicants who have worked at certain companies more positively. It may infer how old a skill seems to be from where it appears in a job history.

Artificial intelligence is used to understand what people mean to say — for example, if Carleton is a person’s name, an alma mater or a company the applicant worked for.

AI Blindspot, a set of practices that help software development teams recognize unconscious biases and structural inequalities that could affect their software’s decision-making.

“The systems can still have their own forms of biases and may screen out qualified applicants,” Mr. Qu said.

A company may put a priority on the résumés of software engineer applicants who went to the same universities as successful senior engineers in the industry. Applicants from women’s or historically Black colleges may be more likely to be rejected, for example, if the upper ranks of engineers in an industry are predominantly white men.

“Getting the system right is more than debugging code and de-biasing training data, because the software is based on values-driven decisions with historical baggage,” Mr. Qu said.

little market incentive or government regulation demanding transparency. In fact, self-examination can unearth problems that may harm a company’s reputation.

More than your résumé

Increasingly, the one-click résumé drop-off is just the first step. More candidates are being asked to take skill and personality assessments and record answers to interview questions. OutMatch’s Mr. Moran said the additional tasks aimed to give a more complete picture to hiring managers and let applicants “tell their story.”

Still, most applicants who are asked to submit extra information won’t have the chance to tell that story to a human. While percentages vary, Mr. Moran estimated that a system might typically deem 80 percent of candidates who submitted a résumé for an entry-level professional job to have the basic skills and competency to succeed in the role, leading them to be asked to complete one or more tests. Most test takers will then be asked to record a video interview.

The information from the résumé, the tests and a transcript of the interview will be reviewed by artificial intelligence software. About 20 percent of those candidates will then speak to a recruiter.

Asking more job seekers to do interviews does allow more candidates to demonstrate their suitability, said Michele Olivier, a career coach in Austin, Texas, but “it also means that there’s a bigger time commitment required at an earlier stage for more roles.”

Previously, candidates who made it to the interview stage might have a one in 10 chance of getting the job, she said. Now, “with the new tools you may have the same time requirement” for a much slimmer chance.

“Employers aren’t doing a good job of being mindful of how much they are expecting from candidates,” Ms. Olivier said.

Karin Borchert the chief executive of the hiring software company Modern Hire, predicts resumes will become less important for entry-level professional jobs. Companies can evaluate qualities they are seeking, such as tenacity or problem-solving skills, through assessments and then incorporate feedback on new hires to improve those assessments, she said.

Don’t neglect your other tools

Mr. Moran cautioned applicants not to rely on the new systems alone to secure a job. He advises job seekers to make sure their LinkedIn profile is up to date and includes recommendations from managers and colleagues. Twitter or other public social media accounts should include “digital bread crumbs” of information highlighting skills, experience and interests.

Candidates should also seek out people inside their target companies that can refer them for the position, Mr. Moran said, because those referrals can significantly lift the chance of being hired.

“The more technical things get, the more you can get noticed by going old school,” he said.

Chief Covelli said Mr. Crimo planned the shooting for several weeks, but that the authorities had not yet established what his motive was. “We have no … END_OF_DOCUMENT_TOKEN_TO_BE_REPLACED

Kevin McKenzie and Martine van Hamel were standing in the dining room of their weekend house in Woodstock, N.Y., trying to figure out when they got … END_OF_DOCUMENT_TOKEN_TO_BE_REPLACED