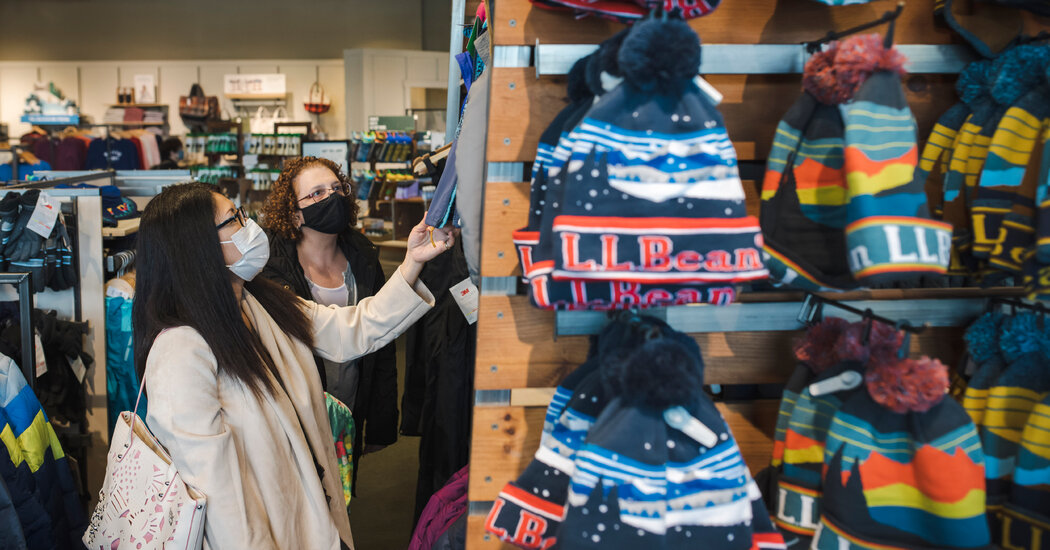 “Everybody believed during 2021 that we’d see a significant shift away from goods back to services as the economic environment opened up as we got our arms around the pandemic,” Craig Menear, Home Depot’s chief executive, told analysts after the company reported its earnings Tuesday. “Clearly, we have not seen that.”

“I’m sure some folks started looking earlier because of worries that they won’t be able to find the item they’re looking for once everybody gets out to shop,” said Beth Ann Bovino, chief U.S. economist at S&P Global.

There are some signs, however, that shortages are beginning to ease, in part because retailers, too, shopped early this year. At the Port of Los Angeles, holiday orders usually begin arriving in late August or early September; this year, they began arriving in June, Gene Seroka, executive director of the port, said at an event on Tuesday with Transportation Secretary Pete Buttigieg.

Economists warned that if consumers simply got a head start on holiday spending, that could lead to disappointing sales in November and December. But most forecasters expect spending to remain strong because of the improved public health picture and the underlying strength of the U.S. economy.

Unemployment has fallen to 4.6 percent, from close to 20 percent at the height of the pandemic, and wages are rising, particularly for low-income workers. Households are sitting on a collective $2.5 trillion in savings built up during the pandemic — and, unlike last Christmas, when the pandemic reduced the appeal of browsing, fitting rooms and lingering indoors, many Americans feel comfortable going out and spending.

Tom Nolan, chief executive of Kendra Scott, a fashion jewelry business with 119 locations, said that its sales were up “materially” over both last year and 2019 and that he expected the performance to continue through the end of the year.

A sign stands outside an upscale home for sale in the Lake Pointe Subdivision of Austin, Texas.Ed Lallo | Bloomberg | Getty ImagesConsumer confidence … END_OF_DOCUMENT_TOKEN_TO_BE_REPLACED

A famous thatch-roof house designed by Earl Young captivated the web and racked up tens of thousands of clicks. Resembling a mushroom, the unusual … END_OF_DOCUMENT_TOKEN_TO_BE_REPLACED