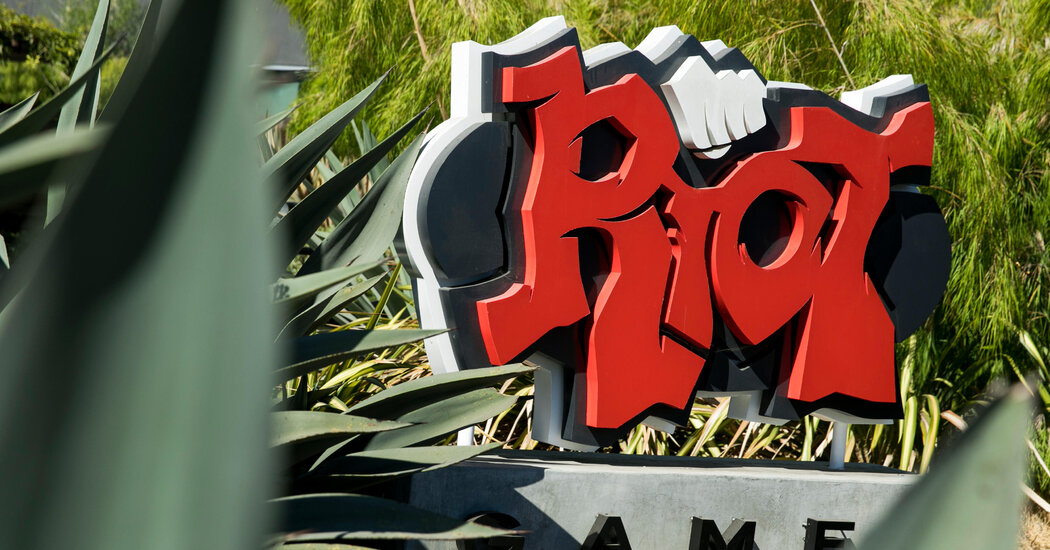 Riot Games, the video game maker behind popular titles like League of Legends and Valorant, said on Monday evening that it had agreed to pay $100 million to settle a gender discrimination suit with more than 2,000 current and former female employees.

The class-action lawsuit, which was filed in 2018, was originally on track for a $10 million settlement, but in early 2020 two California employment agencies took the unusual step of intervening to block the settlement, arguing that the women could be entitled to over $400 million. Separate of the lawsuit, the state had been investigating the company after claims of sexual harassment, discrimination, unequal pay and retaliation against women.

If the settlement is approved by the Los Angeles Superior Court, it will “send the message that all industries in California, including the gaming industry, must provide equal pay and workplaces free from discrimination and harassment,” Kevin Kish, the director of the California Department of Fair Employment and Housing, said in a statement.

Under the terms of the agreement, more than 1,000 full-time employees and 1,300 contractors dating back to November 2014 would split $80 million, with another $20 million going to lawyers’ fees and other costs. Riot also agreed to fund a diversity and inclusion program and consented to a three-year, third-party analysis of gender equity in employee pay and job assignments, as well as to an audit of workplace investigations.

Activision Blizzard — Riot has also contended with frequent accusations of harassment and a work environment that women described as sexist and toxic.

sued over claims he sexually harassed his former executive assistant. That case is still pending. A committee formed by the company’s board of directors later said it found no evidence of the claims against Mr. Laurent.

In an email to the company’s employees viewed by The New York Times, sent minutes before the settlement announcement, Mr. Laurent wrote that the timing “isn’t ideal” but the “final details of the agreement came together quickly.” He said he hoped the settlement “symbolizes a moment where we move forward as a united company.”

The proposed settlement on Monday was hailed as a win for women at Riot.

“I hope this case serves as an example for other studios and an inspiration for women in the industry at large,” one plaintiff, Jes Negron, said in a statement issued through a lawyer. “Women in gaming do not have to suffer inequity and harassment in silence — change is possible.”

Many property purchasers in Alaska possess the same vision: Either hunker down away from the madding crowds in a refined log cabin or operate a … END_OF_DOCUMENT_TOKEN_TO_BE_REPLACED