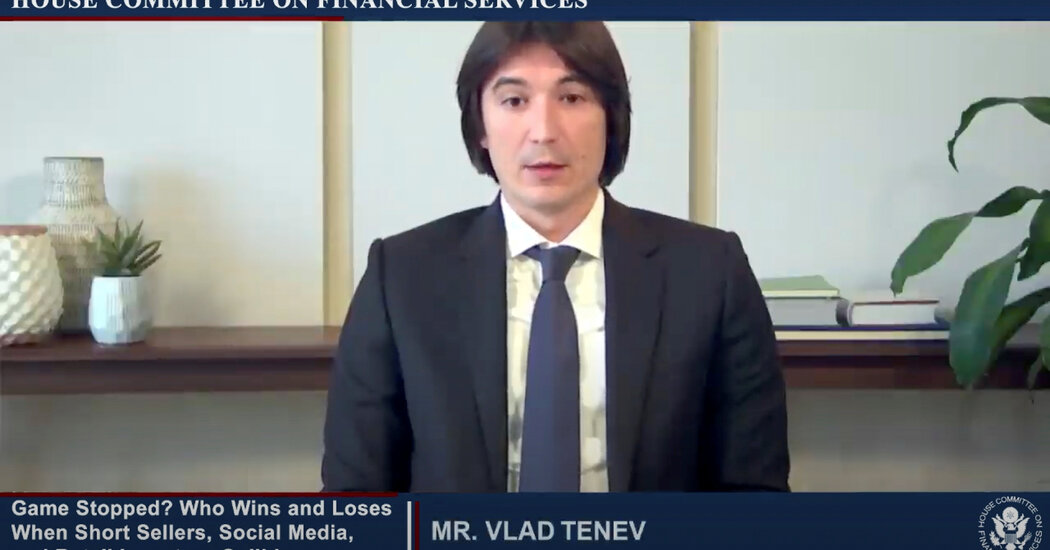 Robinhood, the stock-trading app, said on Tuesday that it had filed a draft registration to go public, joining a wave of financial technology companies that plan to list on the stock market or that have raised new funding.

The exact timing or price of the offering has not been set. Private market investors have valued Robinhood at roughly $12 billion and some have speculated its initial public offering could top $20 billion. It is working with Goldman Sachs on its offering, a person familiar with the company said.

Robinhood used a process known as filing confidentially that allows it to keep some details under wraps in the early part of going public.

Financial technology companies have been booming. Coinbase, a cryptocurrency start-up, is expected to list its shares in the coming weeks, with investors estimating that it could be worth as much as $100 billion. Stripe, a start-up that offers payment processing services, raised funding this month that valued it at $95 billion, making it the most valuable start-up in the United States.

But it paused those plans in January when a group of online traders banned together to drive up the stock prices of so-called “meme stocks” like GameStop, causing short-sellers to lose money and forcing the exchanges to halt trading of some stocks.

Amid the frenzy, Robinhood restricted the trading of some stocks, outraging many of its users and drawing nearly 50 lawsuits and multiple probes from regulators. Vlad Tenev, the company’s chief executive, was called to testify in front of Congress about the market frenzy and Robinhood’s role in it.

Despite the anger, the GameStop incident boosted Robinhood’s name recognition and led to more downloads of its app, which is popular because it charges no fees for stock trading. Robinhood has been criticized for making day trading into a gambling-like game, where investors don’t always understand the risk they are taking on.

Private investors have stood by the Menlo Park, Calif.-based company. During the frenzy, Robinhood raised two rounds of emergency funding totaling $4.4 billion in a matter of days.

DALLAS — The rollback of abortion rights has been received by many American women with a sense of shock and fear, and warnings about an ominous … END_OF_DOCUMENT_TOKEN_TO_BE_REPLACED

The poshest place in California's Coachella Valley is The Madison Club. This exclusive gated community in La Quinta is where A-listers and tycoons … END_OF_DOCUMENT_TOKEN_TO_BE_REPLACED