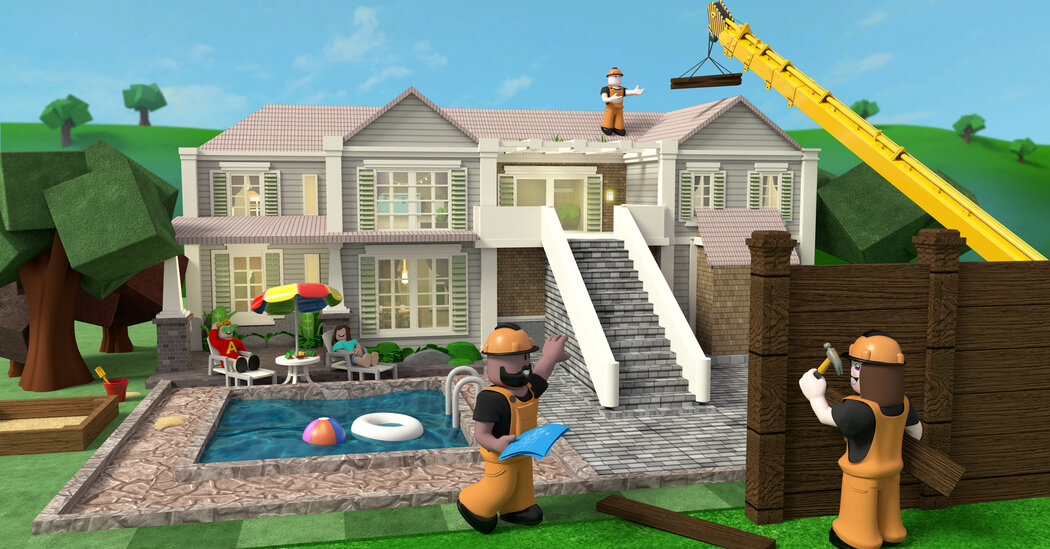 Roblox has also enriched many developers, who make its games and digital accessories. Many of the developers are teenagers and young adults who grew up on the platform. They split their profits 50-50 with the company.

Those who create the most popular Roblox games can earn six-figure salaries. One developer, Anne Shoemaker, 21, said she had earned more than $500,000 from the platform, most of it since the pandemic began. She has used some of the money to hire two employees and a dozen contractors, she said.

The pandemic-fueled success, she said, has “been the push that I needed to have Roblox be my full-time job.”

After delaying its December listing, Roblox was supposed to go public in January. But it pushed that date back after the Securities and Exchange Commission asked the company to change the way it calculated its revenue. Roblox has since complied.

The eventual goal, the company has said, is to create a “metaverse,” a concept mostly reserved for science fiction that describes a shared online universe where people can live and interact as though they were there in person. Roblox holds business meetings on the platform and has promoted virtual concerts within its universe.

“Just as the mail, the telegraph, the telephone, text and video are utilities for collaborative work, we believe Roblox and the metaverse will join these as essential tools for business communication,” Mr. Baszucki said during the investor day. “Ultimately, someday we may even shop within Roblox.”

Chief Covelli said Mr. Crimo planned the shooting for several weeks, but that the authorities had not yet established what his motive was. “We have no … END_OF_DOCUMENT_TOKEN_TO_BE_REPLACED

Kevin McKenzie and Martine van Hamel were standing in the dining room of their weekend house in Woodstock, N.Y., trying to figure out when they got … END_OF_DOCUMENT_TOKEN_TO_BE_REPLACED