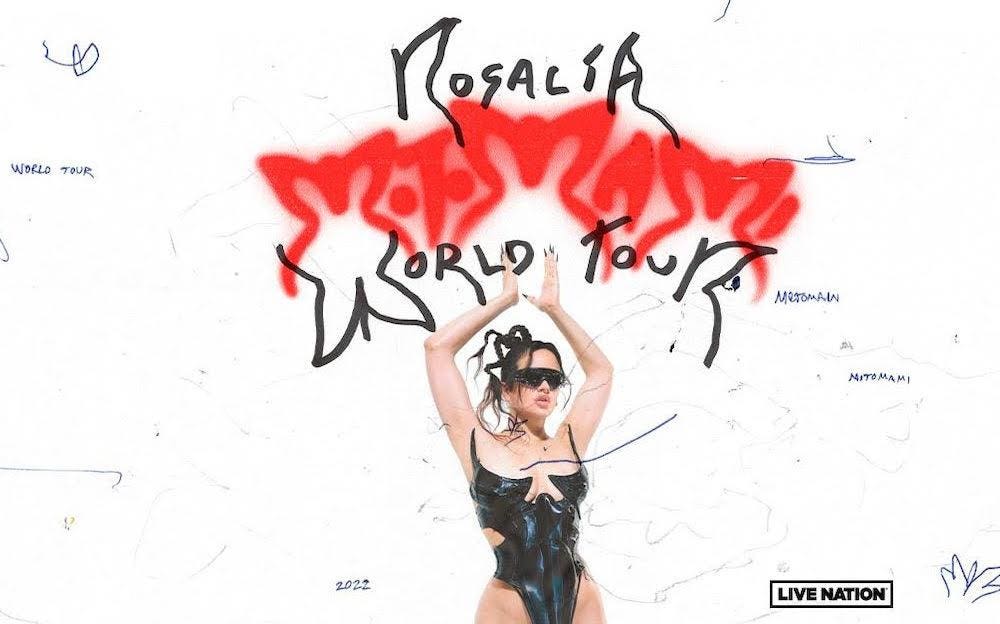 Grammy and eight-time Latin Grammy-award winning Spanish singer Rosalía, known for her innovative fusion of classic Flamenco with R&B, hip-hop, Latin-American rhythms and electronic beats, is hitting the road in 2022 to promote her new album MOTOMAMI.

This will be her first-ever global tour for the star who has recorded collaborations with other well-known artists, such as JBalvin, Bad Bunny, Ozuna and Billie Eilish.

The tour will promote her MOTOMAMI album – her first in four years – released March 18. It debuted at #1 on Spotify’s Global Album Chart and Billboard’s Latin Pop Albums Chart. Rosalía will also be performing songs from her 2018 Latin Grammy-winning album El Mal Querer, as well as other hits.

Produced by Live Nation, the very ambitious “MOTOMAMI World Tour” will take Rosalía to 15 countries during a span of five months, starting July 6 in her native Spain and jumping to Latin America, before making her way up to the United States, where she’ll spend over a month criss-crossing the country. She’ll wrap the concert tour in Europe, ending her run in Paris on December 18.

Daniel Acker | Bloomberg | Getty ImagesHome prices are softening in most markets across the nation.Yet home prices are still higher compared with a … END_OF_DOCUMENT_TOKEN_TO_BE_REPLACED

Joel Silver has been responsible for some of Hollywood's biggest franchises, including "The Matrix," "Die Hard," "Predator," and "Lethal Weapon."So … END_OF_DOCUMENT_TOKEN_TO_BE_REPLACED