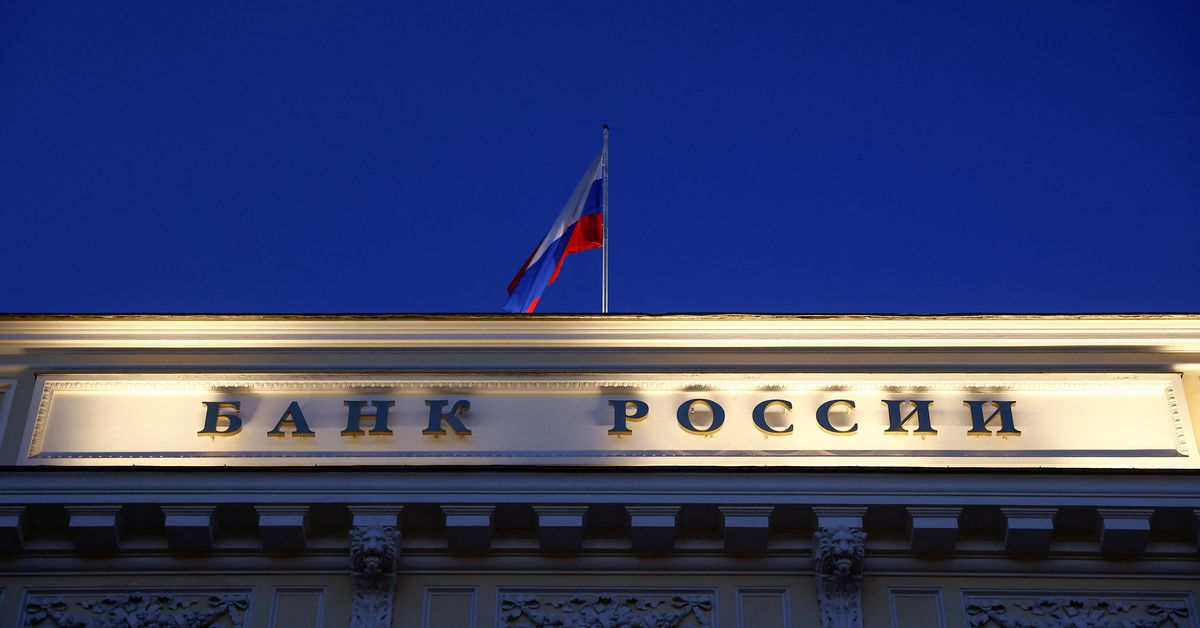 Bank of Russia policymakers held a scheduled rate meeting after more than doubling the key rate to 20% from 9.5% in a one-off action on Feb. 28 to support financial stability and shore up the rouble. The currency had crashed to record lows as Western countries imposed sanctions against Russia over its actions in Ukraine.

Governor Elvira Nabiullina, who was nominated for a third term by President Vladimir Putin earlier on Friday, said the central bank will start buying OFZs on the market when the Moscow Exchange resumes trading of the bonds on Monday.

“After the situation on financial markets stabilises, we’re planning to fully sell this portfolio of bonds to neutralise the impact of this transaction on monetary policy,” Nabiullina said.

Trading of stocks and bonds on the Moscow Exchange has been suspended since Feb. 28. Currency trading has continued, with the rouble hitting an all-time low of 120 against the dollar on March 6, which has already fanned consumer inflation.

Presenting the rate decision (RUCBIR=ECI), which was in line with a consensus forecast of analysts polled by Reuters, Nabiullina said the central bank would give the economy time to adapt to new and difficult conditions. read more

She said the banking system was working “without any flaws” after the central bank pumped in liquidity.

In a statement, the central bank said Russia was entering “a temporary but inevitable period of increased inflation” and that flash indicators suggested a deterioration in conditions that will cause the economy to shrink in the coming quarters.

The central bank did not give inflation or economic forecasts for this year, saying it aimed to return inflation to its 4% target in 2024.

Economists polled by the central bank last week expected the economy to contract by 8% and inflation to reach 20% in 2022. read more

Annual inflation in Russia accelerated to 12.54% as of March 11, its highest since late 2015, with the weakening rouble sending prices soaring amid unprecedented Western sanctions. Nabiullina said that spike was driven largely by panic-buying of consumer goods, which had now slowed. read more

High inflation dents living standards and has been one of the key concerns among households for years. Higher rates help tame inflation by pushing up lending costs and increasing the appeal of bank deposits.

With the next rate-setting meeting due on April 29, the monetary policy outlook remained uncertain and subject to further developments around the situation in Ukraine and Western sanctions, analysts said.

Sova Capital’s chief economist Artem Zaigrin said the central bank could take the key rate to 25-30% in April-June if risks continue to materialise.

VTB Capital analysts said they expected rates to stay unchanged until mid-2022, then be lowered to 16% by year-end.

Gazprombank said a first interest rate cut could take place in the second half of 2022.

AUSTIN, Texas--(BUSINESS WIRE)--As the first multifamily management company to be recognized in the Public Relations and Marketing Excellence Awards, … END_OF_DOCUMENT_TOKEN_TO_BE_REPLACED

There have been whispers of cooling housing and rental prices in the San Francisco Bay Area, but that hasn't yet translated into practical, noticeable … END_OF_DOCUMENT_TOKEN_TO_BE_REPLACED

Cars pass in Independence Square at twilight in Kyiv, Ukraine, Monday, Oct. 31, 2022. Rolling ... [+] blackouts are increasing across Ukraine as the … END_OF_DOCUMENT_TOKEN_TO_BE_REPLACED