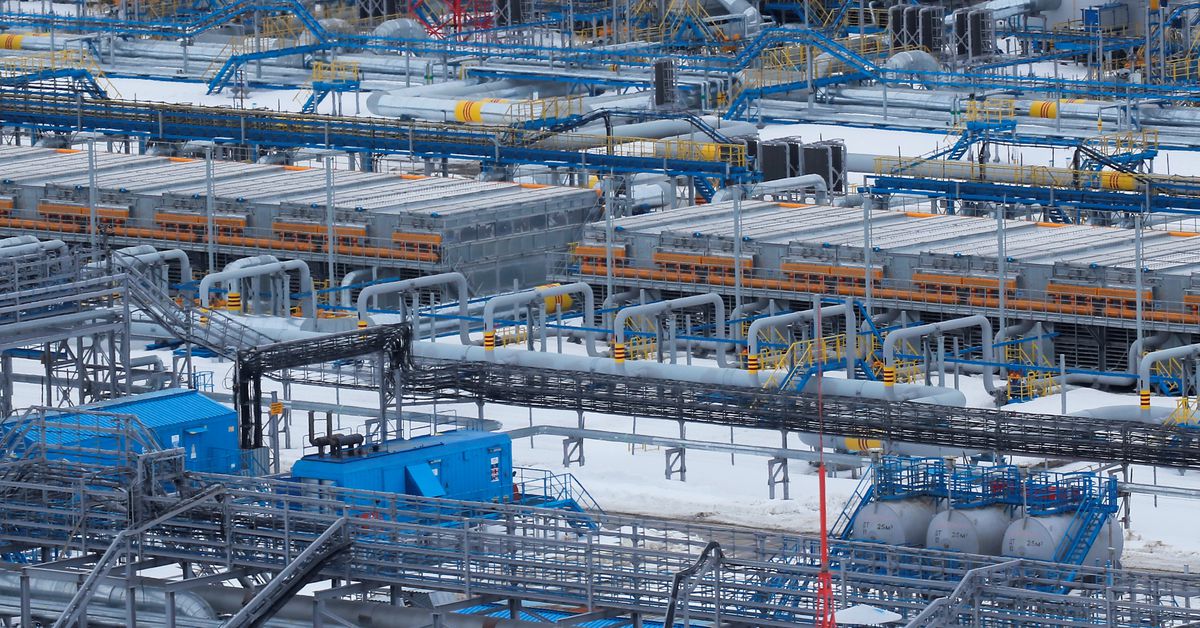 OSLO, April 7 (Reuters) – Russian gas deliveries to Europe via the Yamal-Europe pipeline reversed direction to flow from Germany to Poland on Thursday morning and supplies via Ukraine also eased, all in line with requests from customers.

Gas flows switched to an eastward direction into Poland at the Mallnow metering point on the German-Polish border on Thursday morning after flowing westward overnight, data from pipeline operator Gascade showed. read more

The change is in line with nominations from shippers, with no requests for westward shipments for the rest of the day, the data showed. read more

Russia’s Gazprom (GAZP.MM) is continuing to supply gas to Europe via Ukraine in line with requests from European consumers, which dropped to 105.4 million cubic metres (mcm) from 108.4 mcm the previous day, according to news agency Interfax. read more

Nominations for flows into Slovakia from Ukraine via the Velke Kapusany border point were at 936,935 megawatt hours (MWh) per day on Thursday, down from 968,186 MWh/day on Wednesday, data from Slovakian operator TSO Eustream showed.

Flows to Germany through the Nord Stream 1 pipeline across the Baltic Sea were at 73,165,350 kWh/h on Thursday, little changed from the previous 24 hours.

The gas market remains concerned that flows of Russian gas, which accounts for some 40% of its supplies, could stop in reaction to the West imposing more sanctions on Russia following its invasion of Ukraine.

While shying away from sanctioning oil and gas so far, European Union envoys are set to approve a ban on Russian coal that would take full effect from mid-August. read more

Top EU diplomat Josep Borrell said the package could be passed on Thursday or Friday and that the EU will discuss an embargo on Russian oil as well. read more

Finland and Estonia have become the latest European member states to announce their intention to cut out Russian gas deliveries by planning a joint charter of a floating LNG terminal. read more

Lithuania has already announced it has stopped all Russian gas imports. read more

There are also still questions over how many countries may concede to a Russian request to pay for gas deliveries in roubles as of this month.

On Wednesday Hungary became the first EU member country to say it was prepared to pay in the Russian currency, with companies buying gas from Russian producer Gazprom (GAZP.MM) awaiting guidance from their respective governments. read more

Local officials and housing advocates worry about what the damaged housing stock will mean for people with low wages or fixed incomes. In interviews, … END_OF_DOCUMENT_TOKEN_TO_BE_REPLACED