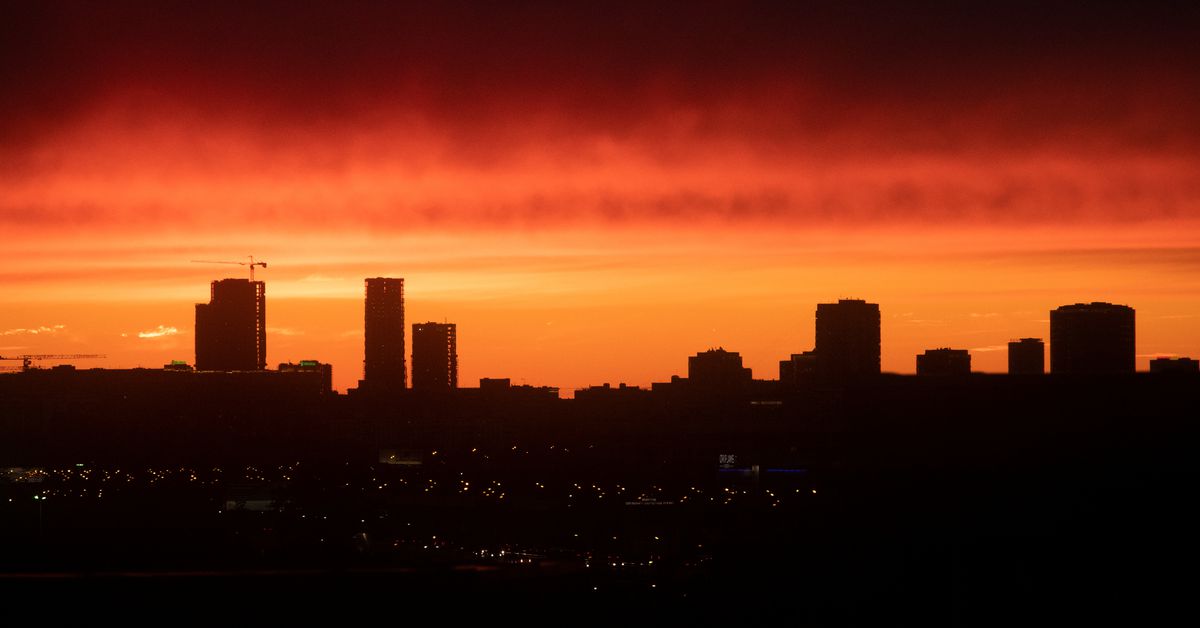 A general view of the city skyline during sunset as the spread of the coronavirus disease (COVID-19) continues, in Moscow, Russia May 14, 2020. REUTERS/Maxim Shemetov

April 27 (Reuters) – Russia expects the economy to contract by 8.8% in 2022 in its base case scenario, or by 12.4% under a more conservative scenario, an economy ministry document showed on Wednesday, further evidence that sanctions pressure is taking its toll.

The conservative forecast is in line with that of former finance minister Alexei Kudrin, who said earlier this month the economy was on track to contract by more than 10% this year in its biggest decline in gross domestic product since 1994. read more

The extent of the damage to the economy this year is unclear due to uncertainty regarding possible new sanctions and trade issues. The government is likely to revise forecasts several times this year.

Inflation, which has already soared to 17.62% as of April 15, is seen accelerating to as high as 22.6% this year, the document showed, and remaining well above the central bank’s 4% target in 2023.

The central bank hiked rates to 20% from 9.5% in late February in an emergency move that Governor Elvira Nabiullina said helped stabilise the rouble and overcome an inflation spike.

The bank’s key rate was lowered to 17% on April 8 in another unscheduled move. Analysts polled by Reuters now expect rates to fall further, by 200 basis points to 15%, at the bank’s next rate-setting meeting on Friday.

Capital investment is set to slump by 25.4-31.8% after growth of 7.7% in 2021, while real disposable incomes, a highly sensitive metric for Russia, especially with rising prices hitting living standards, could drop 9.7% in 2022, according to the ministry’s conservative estimate.

The World Bank has forecast Russia’s 2022 GDP output will fall by 11.2% due to Western sanctions imposed on Russia’s banks, state-owned enterprises and other institutions. read more

Reporting by Reuters; Editing by Alex Richardson and Angus MacSwan

AUSTIN, Texas--(BUSINESS WIRE)--As the first multifamily management company to be recognized in the Public Relations and Marketing Excellence Awards, … END_OF_DOCUMENT_TOKEN_TO_BE_REPLACED

There have been whispers of cooling housing and rental prices in the San Francisco Bay Area, but that hasn't yet translated into practical, noticeable … END_OF_DOCUMENT_TOKEN_TO_BE_REPLACED

Cars pass in Independence Square at twilight in Kyiv, Ukraine, Monday, Oct. 31, 2022. Rolling ... [+] blackouts are increasing across Ukraine as the … END_OF_DOCUMENT_TOKEN_TO_BE_REPLACED