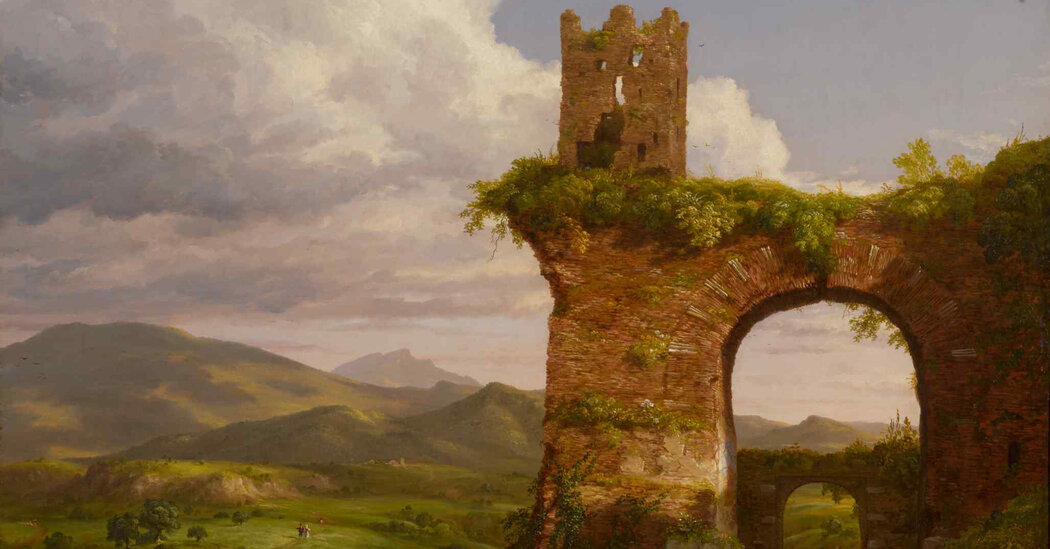 Fifteen objects from cultural institutions passed through Sotheby’s at auction on Wednesday, showing that the debate among museum and industry leaders over deaccessioning hasn’t stopped these sales from occurring.

One work, Thomas Cole’s “The Arch of Nero” (1846) from the Newark Museum of Art, was a highlight, going for $988,000 with fees to a private foundation operated by the Florida-based collectors Thomas H. and Diane DeMell Jacobsen, in a sale of American art totaling $15 million. Last week, Sotheby’s made a combined $703.4 million from its contemporary, impressionist and modern art auctions. Its competitor, Christie’s, had similar successes, reaching more than $775.2 million for the week.

Talk of deaccessioning, the sale by museums of artworks to cover some operating costs, had been divisive earlier this year. The Newark Museum of Art’s decision this month to consign the Cole and 16 other artworks (including pieces by Thomas Eakins, Marsden Hartley and Georgia O’Keeffe) drew criticism from more than 80 curators and historians who signed a public letter that described the sale as “inflicting irreparable damage” on the institution.

The Newark Museum of Art’s director, Linda Harrison, defended the plan earlier this month, calling it “thoughtfully considered” and saying it represented a loss of less than 1 percent of the institution’s 130,000 artworks.

have argued that losing public access to works like the Cole landscape, which allegorizes the fragility of American democracy and the dangerous allure of oligarchs, limits society’s understanding of history.

“It’s a sad day for the people of Newark who are losing objects that have been at the heart of their great art museum for many decades,” William L. Coleman, a former associate curator of American art at the museum, who is now the director of collections and exhibitions at Olana Partnership in upstate New York, said in an interview. “We did not succeed in stopping the sale and that will be a source of regret for a long time.”

The Brooklyn Museum also participated in the auction, selling a Mary Cassatt painting, “Baby Charles Looking Over His Mother’s Shoulder (No. 3),” for $1.6 million with fees to the same collectors who bought the Cole painting. Before this latest sale, the museum had raised close to $35 million at auctions in the United States and Europe for the care of its artworks.

Commodore Amiga personal computer. They will be sold as NFTs, or nonfungible tokens, a type of investment conferring ownership of works that exist only in the digital world.

Funds from the Christie’s sale will benefit the Warhol Foundation’s grant initiatives, including its substantial annual funding of the Andy Warhol Museum in Pittsburgh.

“As the great visionary of the 20th century who predicted so many universal truths about art, fame, commerce and technology, Warhol is the ideal artist and NFTs are the ideal medium to reintroduce his pioneering digital artworks,” said Noah Davis, the Christie’s specialist leading the sale.

It’s a property that offers a unique open floor plan—plus a hot tub with a view.“It was a Methodist church located in a historic little area of St. … END_OF_DOCUMENT_TOKEN_TO_BE_REPLACED