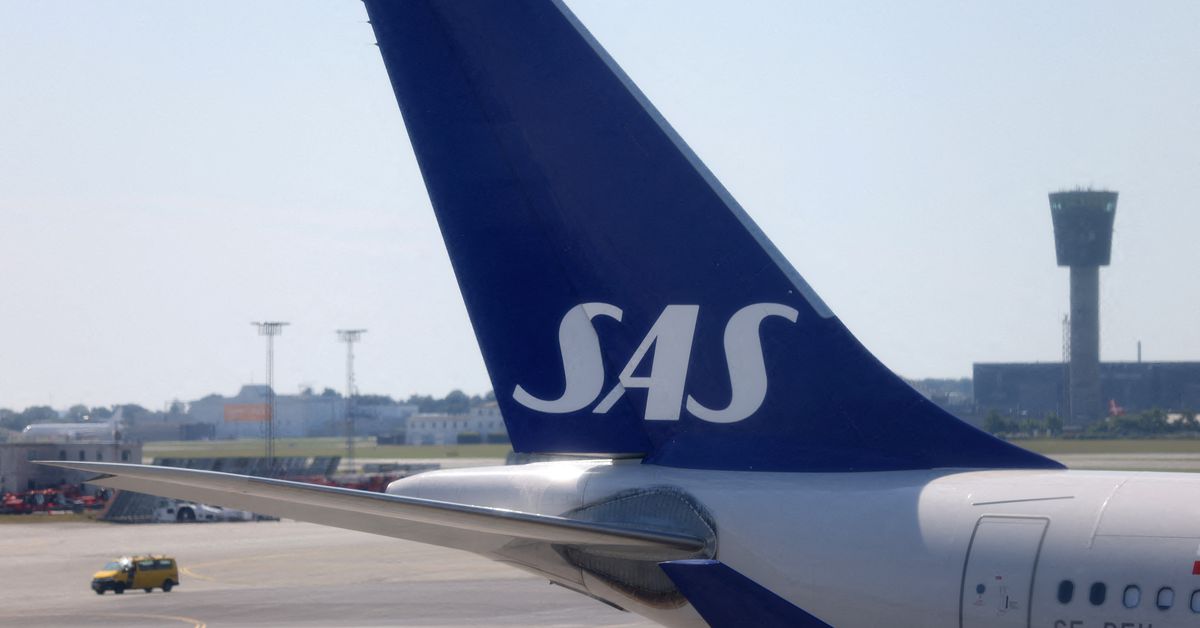 The tail fin of a parked Scandinavian Airlines (SAS) airplane is seen on the tarmac at Copenhagen Airport Kastrup in Copenhagen, Denmark, July 3, 2022. REUTERS/Andrew Kelly/

STOCKHOLM, July 16 (Reuters) – Crisis-hit airline SAS (SAS.ST) and unions have made progress on a new savings deal to end a 13-day pilots’ strike, but significant issues have yet to be resolved, a mediator told news agency E24 on Saturday.

A majority of SAS pilots in Sweden, Denmark and Norway walked out on July 4 after negotiations over conditions related to the Scandinavian carrier’s rescue plan collapsed. The parties returned to the negotiating table in the Swedish capital on Wednesday. read more

National Mediator of Norway Mats Wilhelm Ruland said the parties had come closer during the day.

“Yes, we are, but there are still many and big questions that need to be solved,” he told E24 on during a break in negotiations on Saturday. “The development in the first hours has been good.”

SAS had been struggling with increased low-cost competition for years before the COVID-19 pandemic heaped pressure on the airline industry. The governments of Denmark and Sweden, which are the biggest owners, see it as a key part of the region’s transport infrastructure.

The airline said on Thursday the strike had caused 2,550 flight cancellations, affecting 270,000 passengers and costing the carrier between $94 million and $123 million.

Pilots employed by SAS Scandinavia, a subsidiary of SAS Group, have said they would agree to limited wage cuts and less favourable terms, but SAS has said that concessions offered so far are not enough for it to carry out a rescue plan announced in February. read more

Unions are also demanding that pilots who lost their jobs during the pandemic are rehired at SAS Scandinavia, rather than having to compete with external applicants for jobs on less attractive terms at recently created SAS Link and Ireland-based SAS Connect.

There were no arrests in three quarters of last year’s fatal shootings, according to statistics provided by Mr. Krasner’s office, even as arrests for … END_OF_DOCUMENT_TOKEN_TO_BE_REPLACED