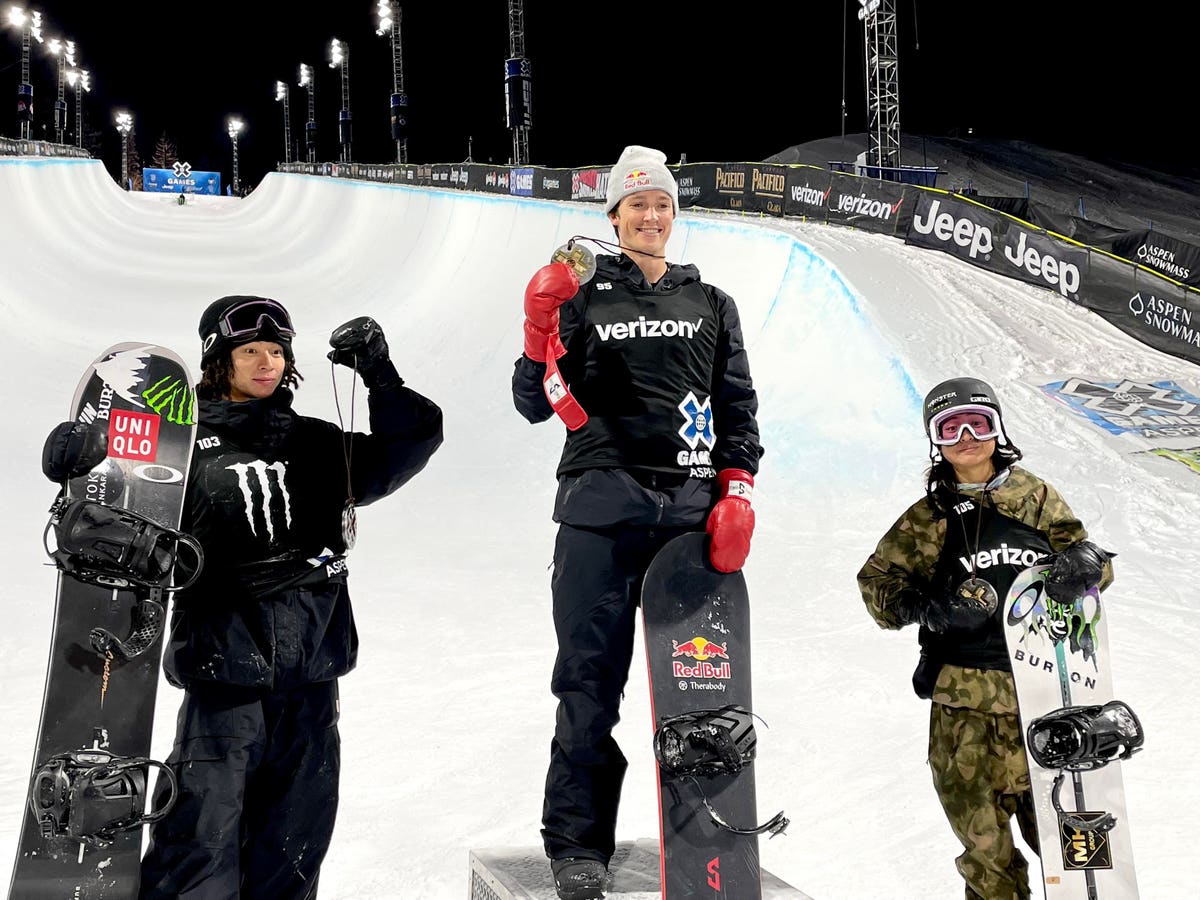 In 2018, Hirano, 23, beat out James’ score of 98 by one point. Fast-forward four years and even though Hirano landed the first triple cork ever seen at X Games, James, 27, was able to come out on top with a technical, stylish run.

This year, X Games judges didn’t give out scores; rather, they ranked riders dynamically throughout the competition based on overall impression. Hirano’s best run included back-to-back 1440s (which is what won Shaun White Olympic gold in 2018) and two 1260s.

Hirano’s frontside triple cork 1440 truck driver surely would have earned him some gold hardware if he had been able to put it cleanly into a run but, just like at Dew Tour and the Laax Open, he fell on his next hit.

Hirano described the conditions in the halfpipe Friday as difficult; a steady snowfall throughout the day reduced the overall speed in the pipe. But he does think the triple he landed Friday is the “cleanest that’s ever been done,” so it feels like the next one he attempts—which will be at the Games—will be the one he’s able to successfully link in a run.

Hirano was chasing James in the second-place position when he decided to attempt the triple, which he says hadn’t been in his strategy for the competition.

“I didn’t feel any pressure because I am always focused on just my run and to improve each run,” Hirano told me through an interpreter. “I just compete with myself, not the other people.”

Sitting in first place ahead of his final run and with no one left to come after him, James put down a stylish victory lap full of airs and two methods (one done switch).

After a self-described disappointing showing at Laax Open, where he finished 11th, James was very clearly stoked and relieved to have done so well at X Games after a short break from the competitive circuit.

James’ last competition prior to Laax was the Aspen 2021 World Championships in March 2021, where he finished second to Totsuka.

This X Games gold was the Aussie’s first major contest win in two years, after his streak of 11 consecutive major competition wins was snapped in 2020.

Totsuka and Hirano have progressed halfpipe riding considerably—with James’ absence, there were questions about how he would slot back into the upper echelon in his return to competition.

At X Games, he put any questions to bed.

“I wanted to give myself the best opportunity to do well this year,” James told me after his win. “I kind of took some time in December just to keep practicing what I was working on and I got some time to myself. That’s the first time I’ve missed events in my career. Comparatively to other athletes I guess they’ve probably missed more than I have so I wanted to take that time and give myself that time to put myself in the best position.”

Heading into the Beijing Olympic cycle, there is the distinct possibility that Japan will sweep the entire men’s halfpipe podium. Hirano has put down the triple in competition, and Ruka Hirano (no relation) and Totsuka have done it in practice.

But James has been working on a triple cork of his own, and though it’s physically much harder for him to, as he put it, “lug my big lanky body around three times,” he says, coyly, that it’s possible it will be ready for the Games.

“I think it’s definitely possible—it’s not impossible. I feel good about it and I gotta bring my best so I’ll plan for every single scenario, every element, every weather, every possible way whether it’s bluebird or snowing or whatever it may be,” James told me. “I’ll make sure I have every run possible to put myself where I want to be.”

Though Hirano has now done the triple in three contests—Dew Tour, Laax Open and X Games—he hasn’t been able to land his following hit. It’s possible that the Olympics could play out similarly to X Games—Hirano will attempt and not land his triple, and James can win off the strength of his best non-triple run.

But if Totsuka, Ayumu and Ruka Hirano have a triple party in Beijing, James will have no choice but to join if he wants to come home with some hardware.

With heavyweights Shaun White and Japan’s Yuto Totsuka sitting out this event ahead of the Tokyo Olympics, there were some new faces—like rookie Kaishu Hirano, Ayumu’s younger brother, who earned bronze at his first X Games.

Australia has just 15 Winter Olympics medals overall and four in snowboarding—one being James’ bronze in halfpipe at the Pyeongchang 2018 Games.

But in the current men’s halfpipe World Snowboard Points List heading into Beijing, Japanese riders make up three of the top four. (James is No. 2.)

“I’m just thrilled; if you’d have asked me a long time ago if I’d win four X Games gold medals I’d have told you you were dreaming so now I’m living my dream,” James said.

“And what’s important to me obviously is coming out and doing my best. Being from Australia—it’s not necessarily a chip on my shoulder, but I feel like I have something to prove. So I’m just really happy to be out here and competing with the best, who live in these elements all the time.”

AUSTIN, Texas--(BUSINESS WIRE)--As the first multifamily management company to be recognized in the Public Relations and Marketing Excellence Awards, … END_OF_DOCUMENT_TOKEN_TO_BE_REPLACED

There have been whispers of cooling housing and rental prices in the San Francisco Bay Area, but that hasn't yet translated into practical, noticeable … END_OF_DOCUMENT_TOKEN_TO_BE_REPLACED

Cars pass in Independence Square at twilight in Kyiv, Ukraine, Monday, Oct. 31, 2022. Rolling ... [+] blackouts are increasing across Ukraine as the … END_OF_DOCUMENT_TOKEN_TO_BE_REPLACED