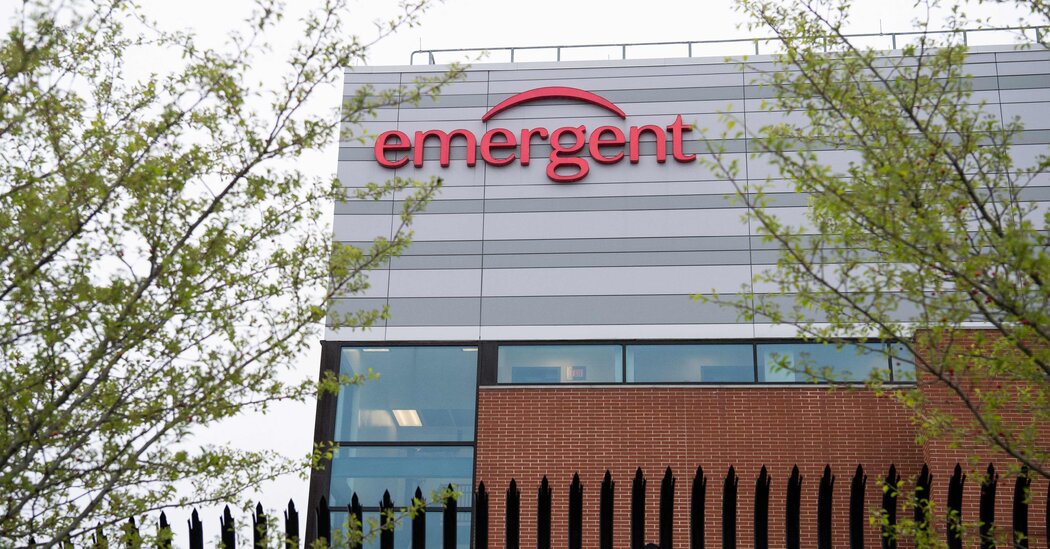 The Baltimore plant is one of two federally designated sites that were supposed to be ready to manufacture vaccines or therapeutics in a public health emergency. In June 2020, the Trump administration awarded Emergent a $628 million contract, mostly to reserve space in Baltimore to produce coronavirus vaccines.

In Washington, Emergent is known for its aggressive lobbying and government connections spanning both Democratic and Republican administrations. The company’s board is stocked with former federal officials, and its ranks of lobbyists include former members of Congress.

“We’ve been at this for 22 years as a company,” Mr. Kramer said on Thursday’s call, adding that the firm’s relationships with government agencies, including the Biomedical Advanced Research and Development Agency, known as BARDA, which issued the $628 million contract, “remain intact and strong.”

In June 2020, shortly after the Trump administration awarded the contract to Emergent, a top official from Operation Warp Speed, the government’s fast-track vaccine initiative, warned that the company lacked enough trained staff and had a record of problems with quality control.

A copy of the official’s assessment, obtained by The Times, cited “key risks” in relying on Emergent to handle the production of vaccines developed by both Johnson & Johnson and AstraZeneca at the same plant in Baltimore.

Cross-contamination is a “well-known risk” when making two vaccines using live viruses, Mr. Kramer said on Thursday, but the decision to produce both in Baltimore was the government’s. There were layers of safeguards in place, he said, though Emergent believes that they “did not function as anticipated” and that the AstraZeneca virus probably contaminated the Johnson & Johnson batch.

“It’s easy to go back and second-guess these decisions that were made in the early stages of the pandemic,” he said. “At the time, no one knew how fast we can get into a clinically viable vaccine, and which candidates would be most successful.”

AUSTIN, Texas--(BUSINESS WIRE)--As the first multifamily management company to be recognized in the Public Relations and Marketing Excellence Awards, … END_OF_DOCUMENT_TOKEN_TO_BE_REPLACED

There have been whispers of cooling housing and rental prices in the San Francisco Bay Area, but that hasn't yet translated into practical, noticeable … END_OF_DOCUMENT_TOKEN_TO_BE_REPLACED

Cars pass in Independence Square at twilight in Kyiv, Ukraine, Monday, Oct. 31, 2022. Rolling ... [+] blackouts are increasing across Ukraine as the … END_OF_DOCUMENT_TOKEN_TO_BE_REPLACED