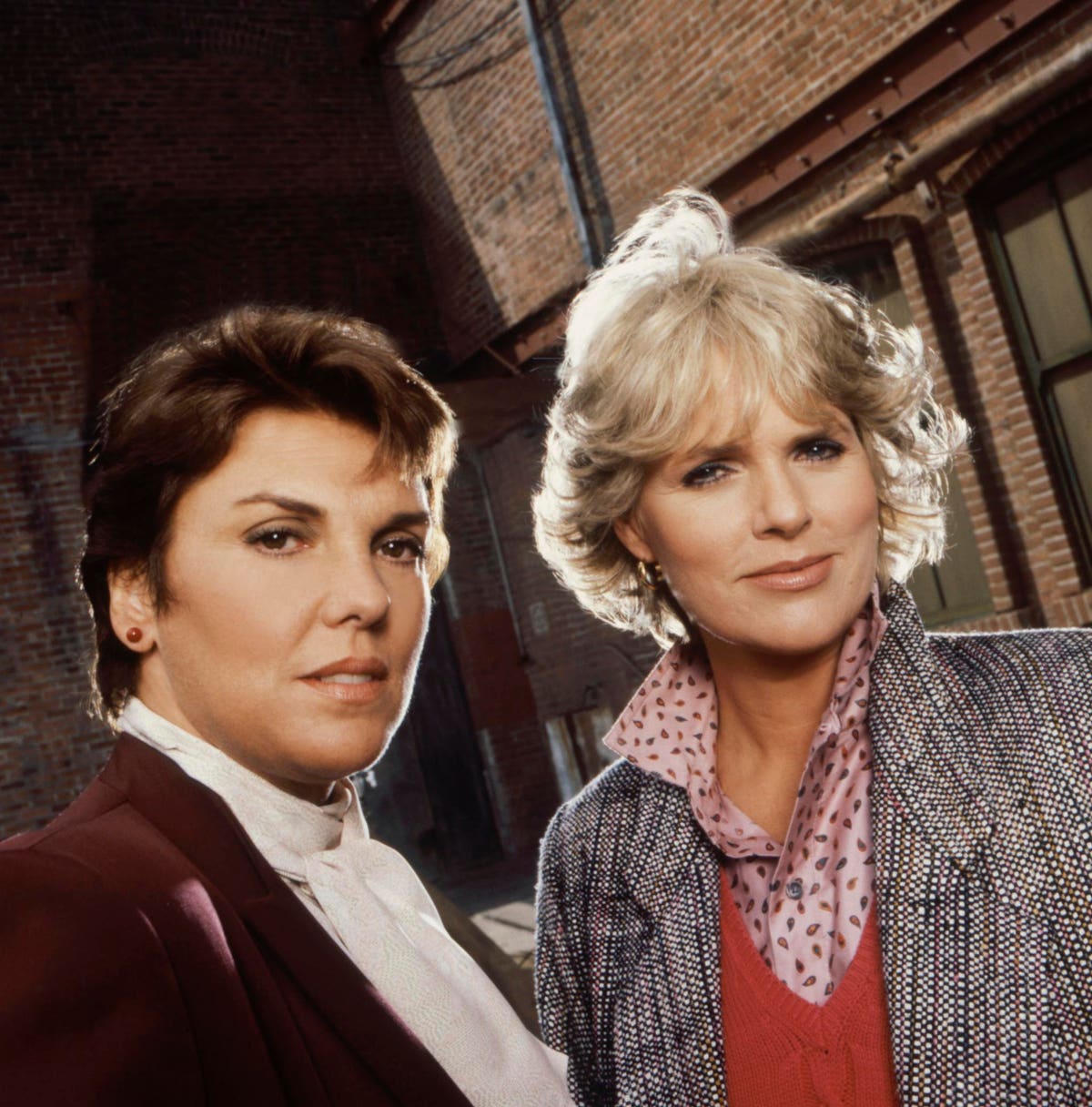 Years ago, in 1983 to be exact, I recall a memorable moment in my obsession with television when, walking in Manhattan, I spotted actor Martin Kove on the same day I heard that his current CBS crime drama, Cagney & Lacey, was being resurrected after its premature cancellation. Actually, make that its second unnecessary cancellation.

Ultimately, Cagney & Lacey, starring Tyne Daly and Sharon Gless, ran for six-and-one-half seasons. Among its many accolades, it goes in the record books as the only TV series of any nature to dominate the Emmy Awards in one specific category — Outstanding Lead Actress in a Drama in this case — for every season it was on. With a blend of the traditional detective show format and social and personal issues, Cagney & Lacey was a groundbreaking series for both women in the entertainment industry and the female population overall.

So, when I heard that Sharon Gless wrote her memoir, Apparently There We Complaints, which goes on sale today, naturally I was interested. Then, to my surprise, I had the honor to speak with Sharon about the book and her career in general on social shopping network talkshoplive.

“There is a lot of personal stuff in the book, and I weighed whether I should talk about it or not,” said Gless, who spent the last seven years writing it. “Then I decided to do it. I was honest, I told stories about myself, and I don’t rat other people out (well, maybe one or two). Basically, I simply told the truth.”

“When I came up with the title, it seemed liked a perfect fit because there were so many complaints about me in my life,” chuckled Gless, who was not shy addressing some of the more serious issues she gas faced. Included is her complicated upbringing, her struggle with alcoholism, and her fear of romantic commitment.

“After all those years of running away from any serious relationships, I have now been married for 30 years,” she said. “And, let me tell you, when I played Christine Cagney fighting alcoholism on Cagney & Lacey, I never imagined I would be facing the same challenge right after I shot it. Not a day goes by that I still don’t want a martini.”

Detective Christine Cagney on Cagney & Lacey, of course, immediately comes to mind when you think of the career of Sharon Gless. More recently were her long-running roles as Debbie Novotny on Showtime’s Queer as Folk (from 1999 to 2005) and Madeline Westen on USA drama Burn Notice (from 2007 to 2013). This trifecta puts Gless alongside legendary stars like Lucille Ball and Michael Landon, who found long-term success in three different TV series. But Gless also had regular roles on five other series prior to Cagney & Lacey: The NBC Mystery Movie wheel occupant Faraday and Company, medical drama Marcus Welby, M.D., detective drama Switch, and sitcoms Turnabout and House Calls.

Shortly after Cagney & Lacey, meanwhile, was two season drama The Trials of Rosie O’Neill from Cagney & Lacey producer Barney Rosenzweig, who Gless married in 1991. The end result was her second Golden Globe Award for Best Performance by an Actress in a Television Series – Drama for her portrayal of public defender Fiona Rose “Rosie” O’Neill. And, there were miniseries Centennial and The Last Convertible, not to mention more recent recurring roles on dramas Nip/Tuck and The Exorcist, all of which makes Gless one of the most sought after actresses in Hollywood.

“As a young girl, I dreamed of winning an Oscar. That never happened, but TV has offered me so many different opportunities,” noted Gless, who had early roots to show business courtesy of her grandfather, Neil McCarthy, a powerful entertainment lawyer in Hollywood. His clients included Howard Hughes, Cecil B. DeMille, and Louis B. Mayer.

“Somebody at Universal saw me in a small production and that is how it all started,” she said. “I tell people if you want to act, get out there and just do it. You never know who might be sitting in the audience.”

Gless, in fact, was the last person to be signed as an exclusive contract player for Universal Studios. And, today, almost 50 years after initially making the rounds as a guest star on Universal TV dramas like The Sixth Sense, McCloud and Cool Million, Sharon Gless is more than ready to tackle her 10th regularly scheduled television series.

“I just love the television industry. This is my home and this is what I do,” said Gless. “Even though I’ve done features, I just love the family you make in a TV series. And, now, all these years later, here I am recounting so many moments in Apparently There Were Complaints. I can’t wait to find out what is next.”

These first months of the year are traditionally when hopeful homebuyers sit down to tally their raises or bonuses and assess what they can afford. … END_OF_DOCUMENT_TOKEN_TO_BE_REPLACED