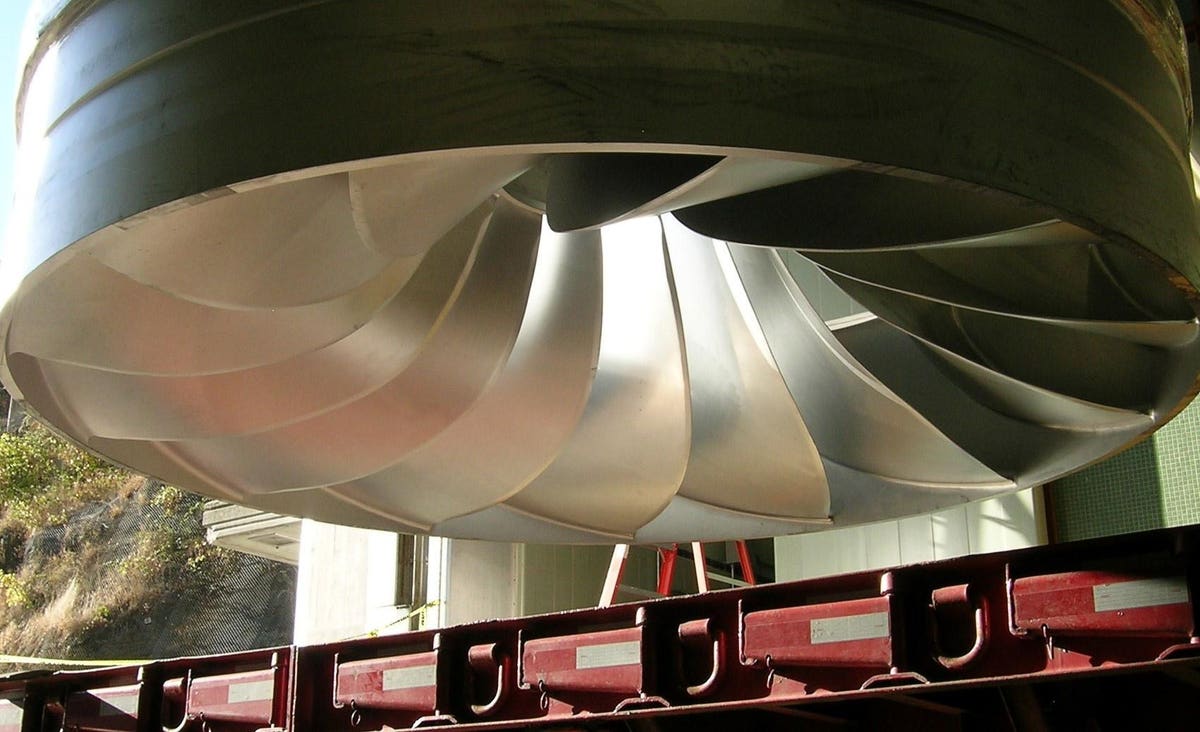 Early this century, the Vernon Station hydropower dam on the Connecticut River generated an average of 135,000 megawatt hours (MWh) per year. In 2008, nearly a century after the Vermont dam was first commissioned, its owner, TransCanada, invested $50 million to replace 4 aging turbines with modern ones, increasing both capacity and generation efficiency, a retrofit that boosted annual generation to nearly 200,000 MWh per year, a 42% increase.

That was a substantial expansion of low-carbon electricity generation for the New England grid, without any new dams on rivers. Vernon Station is not unique. Globally, similar opportunities are common – projects that can help tackle the climate crisis without building new dams.

Central to stabilizing the planet’s climate is a rapid decarbonization of the economy, including power systems, requiring a dramatic expansion of renewable generation capacity. Hydropower is currently the global leader among renewable generation technologies (although wind and solar PV are by far the dominant sources of new generation added each year). Several forecasts of how the world can achieve a net zero power system by 2050 include a doubling of global hydropower capacity, such as analyses from the International Energy Agency (IEA) and the International Renewable Energy Agency (IRENA).

Yet hydropower expansion at that level would have major negative impacts on the world’s rivers and the people and ecosystems that depend on them. Only one-third of large rivers remain free flowing, and a doubling of global hydropower capacity would result in the damming of about half of those that remain, which would have major negative impacts on communities, migratory fish and the viability of agriculturally crucial river deltas.

Construction of new hydropower dams thus risks negative impacts and major tradeoffs. There is healthy debate about how to reduce the impacts of hydropower dams, at the level of projects or whole systems, but there is another question worth asking: How much additional hydropower generation could the world add without building any new dams?

There are two primary ways that power systems can add hydropower generation without adding new hydropower dams: (1) retrofitting existing hydropower projects with modern turbines and other equipment, such as the Vernon Station example; and (2) adding turbines to non-powered dams.

For existing hydropower projects, retrofits with modern equipment can often increase generation by 8 – 10% or more for the same capacity. Further, some projects are undersized for their location, so retrofits can also increase capacity (and thus generation). For example, the original 26 MW Rheinfelden project on the Rhine River in Switzerland, built in the early 20th century, was replaced in 2011 by a new 100 MW project that will triple annual generation, from 185,000 MWh to 600,000 MWh.

For non-powered dams, it is often cited that only about 3% of all dams worldwide have turbines to generate hydropower, suggesting a massive potential for adding turbines to those dams. However, there is a good reason that many of those dams lack turbines—developing hydropower was not economically viable—and/or they are very small and the added capacity would be minimal.

But there are indeed non-powered dams for which it does make financial sense to add turbines. For example, the Red Rock Dam on the Des Moines River in Iowa was originally built for flood management. In 2021, turbines were added, creating a new 49 MW hydropower project from an existing dam. Over the past decade, American Municipal Power developed four hydropower projects on existing navigation structures on the Ohio River, adding over 300 MW of new capacity – enough to power hundreds of thousands of homes in the region.

A national study by the U.S. Department of Energy found that developing the 100 largest opportunities on non-powered dams could add 8 GW Of hydropower capacity. Further, the average age of a hydropower dam in the U.S. is nearly 70 years and thus there will be a steady demand for modernization retrofits.

Globally, there are similar patterns, with almost half of global hydropower capacity coming from dams that are more than 40 years old, while the large majority of the world’s dams do not have turbines. Last year, a paper in Environmental Research Letters used conservative criteria to estimate that the global potential from modernizing existing hydropower and powering non-powered dams was 78 GW, or about 7% of current global capacity. I was a co-author on a paper that also used conservative criteria to estimate a similar potential, about 6% of today’s global capacity. With less conservative criteria, that estimate rose to 11% of current capacity.

That higher estimate is in a similar range to some focused country-level studies of the potential for expanding hydropower generation without new dams. The Brazilian Energy Research Office estimated that upgrading old hydropower plants could add up to 11 GW of new hydropower capacity, about a 13% increase above current capacity. For the U.S., the Department of Energy found that upgrading old hydropower dams and adding turbines to non-powered dams could add 11 GW of financially viable hydropower generation to the nation’s fleet, an increase of 14% from today’s capacity, assuming a set of financial incentives were in place. Note that conservation organizations recommend that such incentives support retrofits of dams that retain a clear purpose and that incentives also be directed toward removing aging dams that have outlived their purpose; the infrastructure bill passed last year contains incentives for both retrofits and removals.

There is another way to add substantial generation from hydropower projects without adding new hydropower dams – place solar panels on their reservoirs. Reservoirs provide a relatively low conflict location to develop solar projects (e.g., they will not compete with land uses such as agriculture or forests) and they can tie into existing transmission infrastructure. If these “floating solar” projects were added to just 10% of the surface area of hydropower reservoirs around the world, they would add 4,000 GW of capacity capable of generating nearly twice as much power as is generated from all hydropower today.

Finally, there is one more way to substantially increase the energy benefits of hydropower without adding any new dams on rivers. In this case, the energy benefits are storage, not generation, added through off-channel pumped storage hydropower projects. A grid with variable sources of generation—such as wind and solar—can turn to storage to provide electricity when the sun isn’t shining or the wind isn’t blowing. Right now, pumped storage hydropower provides more than 90% of the world’s utility-scale storage. Pumped storage generally features two reservoirs, and water is pumped from the lower reservoir to the upper reservoir when power is plentiful. The upper reservoir functions as a storage battery and, when power is needed, it can release water back downhill to generate electricity.

The two reservoirs of a pumped storage system can be built in locations away from rivers and cycle the water back and forth between them. A research team from the Australian National University identified 530,000 locations around the world with the appropriate topographic conditions to support off-channel pumped storage. They estimate that only a small fraction of these sites (e.g., less than 1%) would be needed to provide sufficient storage to support renewable-dominated grids around the world. Pumped storage projects can also be built using existing reservoirs or other features such as abandoned mining pits.

Hydropower is currently the world’s largest source of low-carbon generation and it will continue to play an important role as the world pursues net zero power systems. However, new hydropower dams can impose considerable tradeoffs, such as impacts to free-flowing rivers and the people and ecosystems that depend on them. But hydropower generation and/or energy storage services can be expanded significantly with little or no tradeoffs. Between retrofits of existing hydropower dams, adding turbines to non-powered dams, floating solar on hydropower reservoirs, and off-channel pumped storage, the world can add considerable amounts of generation and storage from hydropower projects without building any new dams.

AUSTIN, Texas--(BUSINESS WIRE)--As the first multifamily management company to be recognized in the Public Relations and Marketing Excellence Awards, … END_OF_DOCUMENT_TOKEN_TO_BE_REPLACED

There have been whispers of cooling housing and rental prices in the San Francisco Bay Area, but that hasn't yet translated into practical, noticeable … END_OF_DOCUMENT_TOKEN_TO_BE_REPLACED

Cars pass in Independence Square at twilight in Kyiv, Ukraine, Monday, Oct. 31, 2022. Rolling ... [+] blackouts are increasing across Ukraine as the … END_OF_DOCUMENT_TOKEN_TO_BE_REPLACED