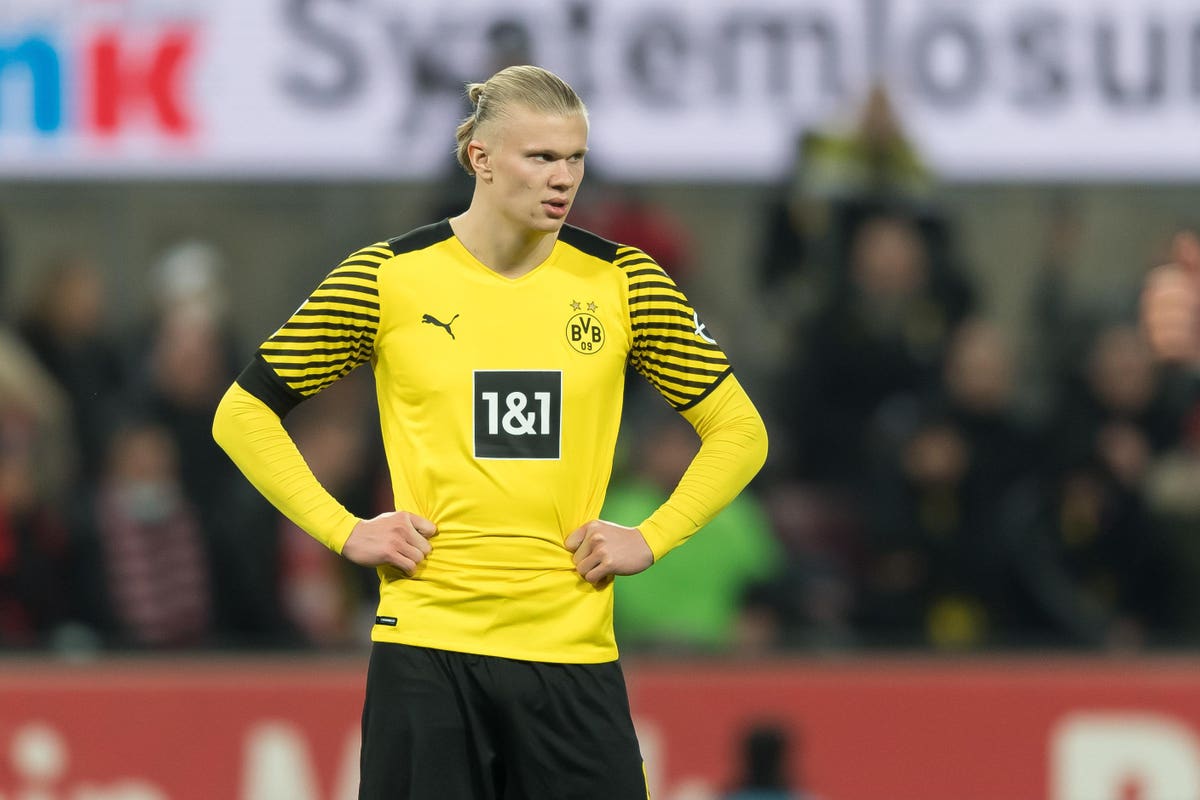 If there is one striker who can turbo-charge any forward line in European soccer, it is Borussia Dortmund’s talisman Erling Haaland. Amidst all the speculation and reports, his future remains relatively unclear, although some findings claim La Liga frontrunner Real Madrid as the best fit for the Norwegian.

The 6-foot-4 goalscorer is known for his physical attributes and is seemingly well suited to the Premier League in England. He may do the most damage to opposition defenses in Spain, though, according to research from B-Cure Laser—a company that makes products treating sports injuries and other problems—which examined where his power and physicality would thrive.

The company looked at in-game information from leagues in England, alongside the highest divisions in France, Germany, Italy and Spain. After crunching the numbers, including data spanning passing records to fouls, it suggested Real as the closest fit to Haaland’s style of play among his potential suitors.

“There is no doubt that Haaland is one of Europe’s biggest talents, and his next move is vital for reaching his potential,” a company statement told me.

“Our research shows that Real Madrid’s high-intensity style of play is similar to that of Dortmund’s and compliments Haaland’s best attributes. Madrid seems to be the perfect destination for Haaland to succeed and score goals while being part of a team that continues to challenge for the biggest trophies in club soccer.”

It also noted Chelsea as a good match, although the financial uncertainty surrounding the London club, seeking new ownership, means a transfer is barely conceivable as things stand. Manchester City, on the other hand, is still in the conversation. Closer to Madrid, Barcelona’s chances of signing Haaland are paper-thin after president Joan Laporta all but ruled out the possibility, which comes as no surprise given its inferior funds. Barcelona’s predicament means it can only spend a fraction of its income on players to recover its accounts.

Of course, he could go nowhere. So far, Haaland has kept everyone waiting, deciding to bide his time at Dortmund. The club is no longer in European competition after failing to qualify from the Champions League group stages and losing to Rangers in the Europa League knockout stages. Placed second in the standings, Dortmund is still in the Bundesliga title race but cannot afford to lose more ground on leader Bayern Munich.

Having rebuilt squads before, Dortmund is no stranger to selling if the conditions are right, meaning a move could be on the horizon. The club has recruited young stars like Haaland, Jude Bellingham and Donyell Malen for modest sums and will accept much higher before reinvesting. Haaland’s release clause is €75 million (€83 million) and will become active when the summer transfer window rolls around. The total cost may be over twice that, however, when you factor in stiff competition and agent fees, as Diario AS suggests.

Besides scoring an average of nearly one goal per Bundesliga game, Haaland’s personality would complement the La Liga leader well. Real has brought in names whose career with Los Blancos has never taken off, such as striker Luka Jovic, who also rose to fame in the Bundesliga. In contrast, the Scandinavian appears made for the big teams and occasions and has scored Champions League goals aplenty despite being only 21 years old.

His goals, 16 in 17 matches this season, mark an upward trajectory. Haaland has maintained his numbers since making the relative step up from the Bundesliga with Red Bull Salzburg in Austria. Even if playing against better teams on a more consistent basis leaves him struggling to replicate those figures, it would take an almighty dip in form to mean disappointment.

Regarding his future destination, the agent in question is Mino Raiola—who represents a host of well-known stars—and has previously hinted that a move is probable this year. It’s hard to imagine anything other than a big-money move to a European giant, especially with Raiola part of any deal. If Spain is the next stop for Haaland, Real looks like a worthy candidate in terms of current buying power and stature. And not just that; if the statistical-based findings bear any truth, the sporting setup may see him blossom too.

SEATTLE--(BUSINESS WIRE)--(NASDAQ: RDFN) —The housing market turned a corner in April as the inventory crunch showed signs of easing, according to a … END_OF_DOCUMENT_TOKEN_TO_BE_REPLACED

We present a chance to live like Rocky Mountain royalty right in the heart of Denver. “You don't see a lot of castles in the middle of Denver—and this … END_OF_DOCUMENT_TOKEN_TO_BE_REPLACED