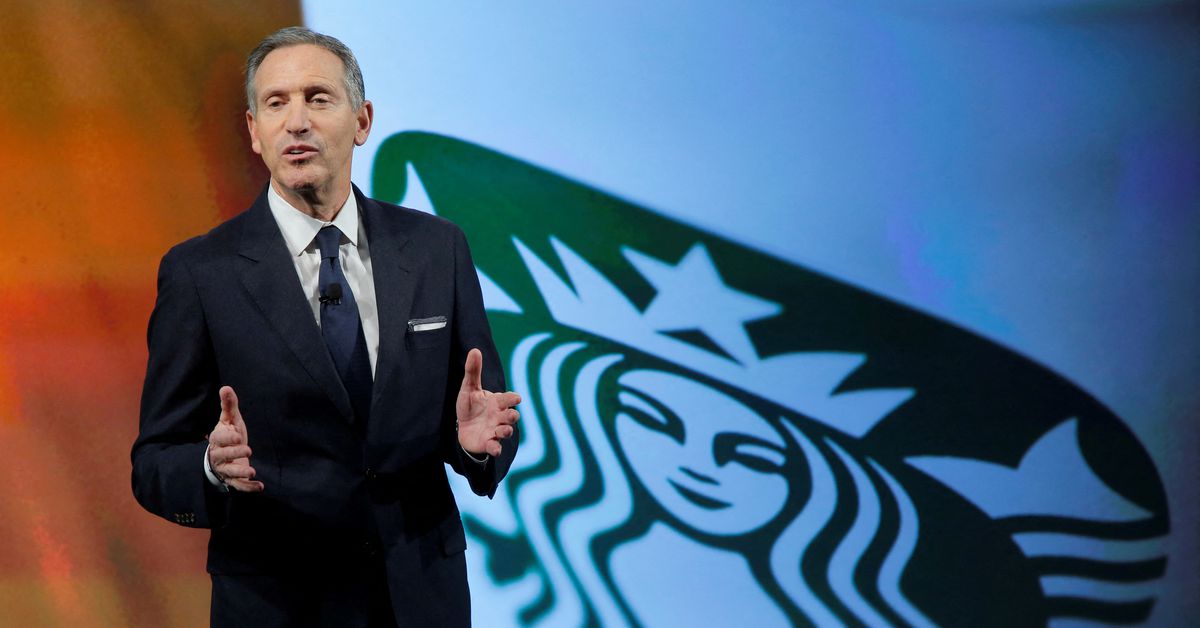 April 15 (Reuters) – Starbucks Corp (SBUX.O) Chief Executive Officer Howard Schultz said there have been “a lot of false promises over the last few years” and assured his employees that those “days are over” in a video addressed to the company’s employees on Monday.

“We are going to make promises that we will keep, promises that are real and going to solve the problems that exist in your stores,” Schulz said in the video released to Reuters on Friday.

Schultz, who returned to lead the company for the third time last month, is in the midst of dealing with a growing union drive at U.S. cafes. read more

He added that he plans to focus on issues raised by employees in their “co-creation sessions” such as need for more training, need for guaranteed hours, problems with ice machines breaking, maintenance and repairs not coming in a timely manner.

“I have realized there have been many short term decisions that have had an adverse affect. We are going to reverse that,” the CEO who has been practically synonymous with the company he took over in 1987 said.

Baristas at more than 170 U.S. Starbucks locations have asked the NLRB for union elections since August, with at least 10 locations voting in favor of the Workers United union. read more

Last month, a federal labor board accused Starbucks of unlawfully retaliating against two employees in a Phoenix, Arizona, cafe for trying to unionize their store.

The same day, a group of investors with $3.4 trillion under management urged the company to stop sending anti-union communications to its employees and to adopt a neutral policy towards unions.

Reporting by Kannaki Deka in Bengaluru

Local officials and housing advocates worry about what the damaged housing stock will mean for people with low wages or fixed incomes. In interviews, … END_OF_DOCUMENT_TOKEN_TO_BE_REPLACED