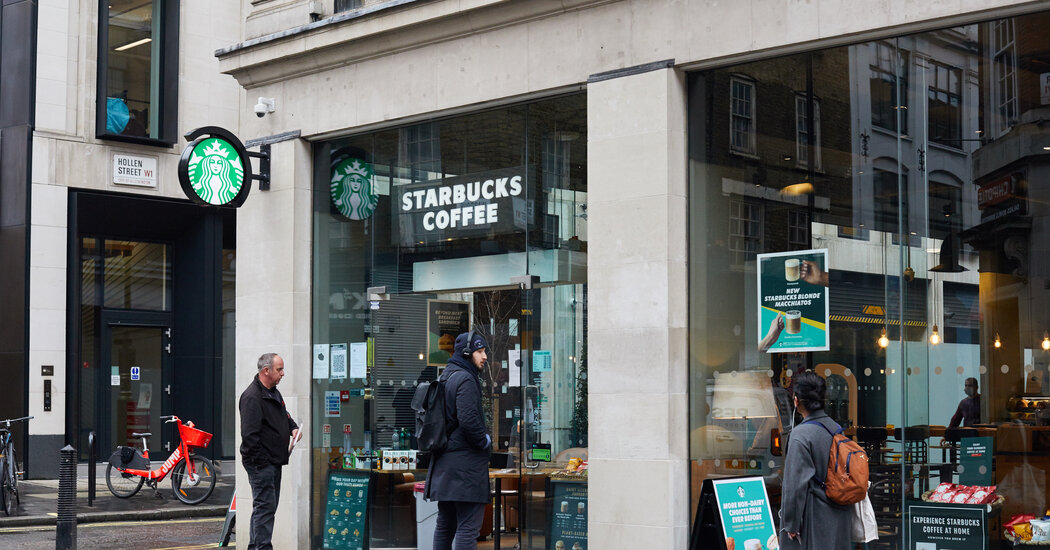 Seeing signs that customers are eager to gather and put the dark days of the pandemic behind them, the coffee giant Starbucks said that its sales in the United States made a “full recovery” in the first three months of the year.

Same-store sales in the U.S. climbed 9 percent in the company’s second quarter compared with the same period last year, while global revenues climbed 11 percent to $6.7 billion.

“In the last quarter, we’re seeing very early signs that friends and family were celebrating being together again,” Kevin Johnson, the president and chief executive of Starbucks, said on a call with analysts on Tuesday after the close of the markets. “While certainly not all markets are opening at the same speed in terms of vaccine distribution, we know this is the key that enables all of us to once again be together.”

Starbucks made a profit of $659 million in the quarter, up significantly from $328 million a year earlier, when many of its stores were closed because of the quarantine restrictions around the world.

Starbucks said it expected global same-store sales for the full year to climb as much as 23 percent as the rest of the world recovers and reopens from the pandemic.

“While the Covid-19 pandemic is not over, this moment is giving us confidence to raise our full-year guidance,” Mr. Johnson said.

You were seeing double this week: A spectacular $54 million compound featuring two equally luxurious mansions separated by a private lake in Southwest … END_OF_DOCUMENT_TOKEN_TO_BE_REPLACED

Taylor Heinicke #4 of the Washington Football Team celebrates after defeating the Seattle Seahawks at FedExField on November 29, 2021 in Landover, … END_OF_DOCUMENT_TOKEN_TO_BE_REPLACED

Members of the Ukrainian Police force, Larisa, 31, and Roman, 30, get married at a wedding hall at an expo center in Kyiv, Ukraine, on … END_OF_DOCUMENT_TOKEN_TO_BE_REPLACED