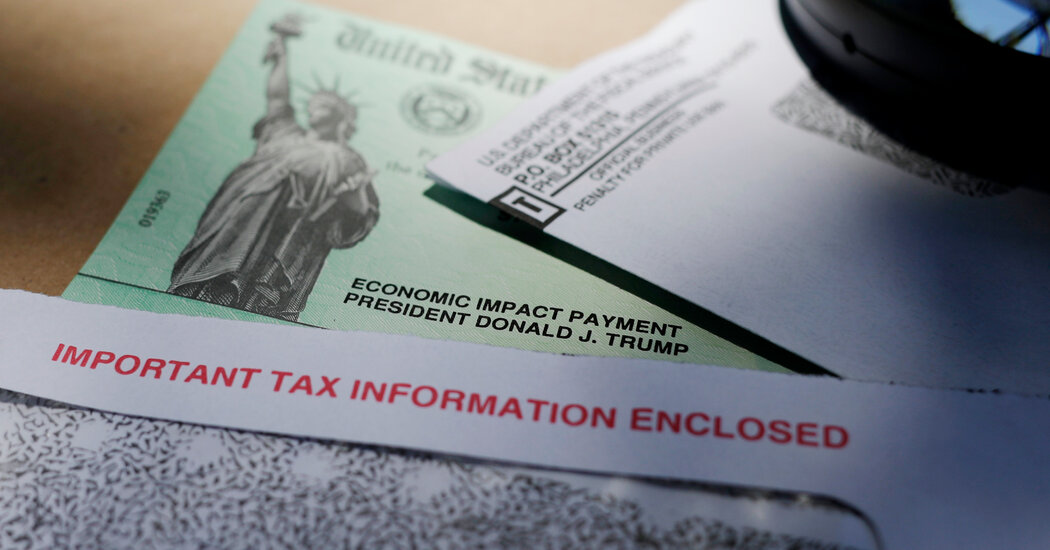 Some of the most vulnerable Americans still haven’t gotten their stimulus checks, but millions of them who receive federal benefits should get their payments next week, according to the Internal Revenue Service.

People who receive benefits from Social Security, Supplemental Security Income, the Railroad Retirement Board and Veterans Affairs — but do not file tax returns because they don’t meet the income thresholds — were among those who faced delays.

But most of them — with the exception of those receiving benefits from Veterans Affairs — could have their payments arrive by direct deposit on April 7, as long as there are no further problems. Veterans Affairs beneficiaries will have to wait a bit longer; the I.R.S. estimates their checks could be issued by mid-April and expects to provide more specifics soon.

The payments have been delayed because the I.R.S. didn’t have the proper files to process them until last week. The agency said on Tuesday that it had begun a “multi-step process” to check the beneficiaries’ eligibility and calculate their payments.

Get My Payment tool on the I.R.S. website — it’s updated for eligible individuals once their payment has been processed. But the agency said that the tool would not be updated until the weekend of April 3-4 with information for federal beneficiaries expecting payments next week.

But many federal beneficiaries who filed tax returns in 2019 or 2020 — or who used the I.R.S.’s non-filers tool last year — have already received their payments over the past three weeks.

MIAMI--(BUSINESS WIRE)--Intelli Smart Homes, the leading smart home technology company, has been recognized as one of America’s fastest-growing … END_OF_DOCUMENT_TOKEN_TO_BE_REPLACED

Customers outside a Walmart store in Torrance, California, US, on Sunday, May 15, 2022. Walmart Inc. is scheduled to release earnings figures on May … END_OF_DOCUMENT_TOKEN_TO_BE_REPLACED

The past few years have been brutal on homebuyers' budgets. Would-be buyers have been priced out of some of the most desirable neighborhoods thanks to … END_OF_DOCUMENT_TOKEN_TO_BE_REPLACED