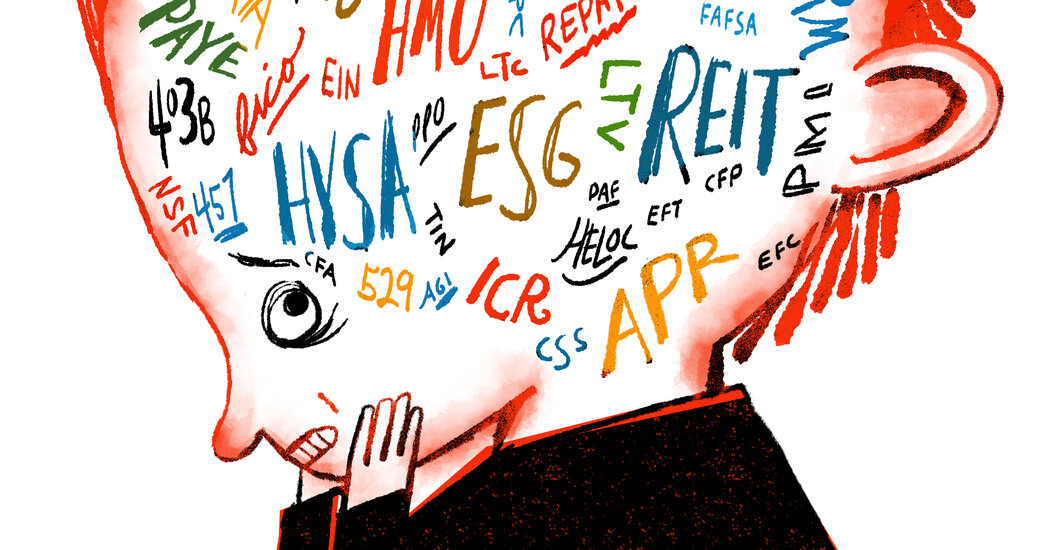 If we want higher education to cost less, we should make it cheaper when people enroll.

But that’s not how we do things in the United States, where the first rule of personal finance is that it should never be simple.

Instead, we befuddle people with a menu of a half-dozen retirement accounts. We fetishize the tax code and its deductions and credits and refunds. We name gold, silver and bronze health insurance plans after precious metals but award no medals for clearing the enrollment hurdles.

And so it goes with President Biden’s executive action around student loan debt cancellation. The potential $20,000 in relief per person gets the headlines. But the sleeper element here is a new income-driven debt repayment plan that would help many people pay much less of their student loan debt over time, if they’re not big earners.

Pamela Herd is a professor at Georgetown University’s McCourt School of Public Policy, with an expertise in these “administrative burdens.”

Many will benefit. President Biden’s executive order means the federal student loan balances of millions of people could fall by as much as $20,000. Here are answers to some common questions about how it will work:

What’s the first thing I need to do if I qualify? Check with your loan servicer to make sure that your postal address, your email address and your mobile phone number are listed accurately, so you can receive guidance. Follow those instructions. If you don’t know who your servicer is, consult the Department of Education’s “Who is my loan servicer?” web page for instructions.

How do I prove that I qualify? If you’re already enrolled in some kind of income-driven repayment plan and have submitted your most recent tax return to certify that income, you should not need to do anything else. Still, keep an eye out for guidance from your servicer. For everyone else, the Education Department is expected to set up an application process by the end of the year.

When will payments for the outstanding balance restart? President Biden extended a Trump-era pause on payments, which are now not due until at least January. You should receive a billing notice at least three weeks before your first payment is due, but you can contact your loan servicer before then for specifics on what you owe and when payment is due.

With certain social welfare benefits, Professor Herd explained in an interview this week, the original program designers believed that obstacles were appropriate. Anyone desperate enough should find a way to muddle through and prove their poverty, or so the logic went.

More recently, administrative burdens have resulted from the conviction that private sector actors — who are often seeking profits — would be the most efficient intermediaries between people and federal programs that involved money.

You see it in those Medicare Advantage Plans, and it was a feature of federal P.P.P. loans during the early stages of the pandemic. Rather than give employers money up front to keep people on the payroll, there were forgivable loans that required frazzled small business owners to beg a banker to bum rush a balky government website on their behalf.

And so it goes with the federal student loan system.

Both the income-driven repayment plans that have existed for years and a special debt cancellation program for public servants are already poster children for administrative burdens. Tracking your progress is a part-time job, complete with self-help Facebook groups of frustrated debtors and companies to help people manage the process.

And wouldn’t you know it? There are several third parties to which the federal government has outsourced the work of collecting student loan payments and enforcing the rules.

would go to 5 percent from 10 percent of discretionary income; the amount of a person’s income that doesn’t meet the definition of discretionary would rise; and there would be a new, more generous way of calculating how balances shrink or grow over time. There are plenty of reasons to be skeptical that something this complex would roll out smoothly or quickly.

And it would not be cheap. Estimates from the Penn Wharton Budget Model put the 10-year cost of the new repayment plan at anywhere from $70.3 billion to over $450 billion, depending on the implementation details and how students and schools change their borrowing and tuition-setting behavior. Again, it’s complicated.

By comparison, Mr. Biden had proposed spending $45.5 billion over five years to make up to six semesters of community college free nationwide. That would have paid for most of the cost, with states contributing the rest. No debt for tuition, no hoops to jump through.

Politics got in the way of free community college, and the Inflation Reduction Act that Mr. Biden signed last month did not include it. Instead, students who borrow would get a subsidy on the back end through the more generous repayment program, years later, if they know it exists, enroll without incident, clear every hurdle over a decade or two and their loan servicer doesn’t make a hash of it.

There are bad words and associated acronyms that we could use to sum all of this up as we scream into the void. But our framing could just as easily center on a single word: Respect.

Professor Herd surprised me this week when she said the word in passing. I asked her to elaborate.

It seems simple enough. But too much of our personal finance infrastructure becomes adversarial through its complexity. The “prove it” nature of Mr. Biden’s executive action, with its income measurements and repeated checking in with third-party servicers, does not help, as generous as it may turn out to be for people who would eventually pass muster.

Disrespect is calling student debt cancellation “forgiveness” when it’s really an apology for a dysfunctional higher education financing system. Disrespect is doing little to make tuition cheaper on the front end of this process. Disrespect is letting many for-profit schools continue to put people of color deep into debt for certificates or degrees that don’t mean much in the labor market.

Disrespect guarantees full-time employment for personal finance journalists, too. I’m lucky to have the work, but it shouldn’t be necessary in the first place.

Soon after Herschel Walker, the former football star, announced he would run for U.S. Senate in Georgia as a Republican, his son Christian appeared … END_OF_DOCUMENT_TOKEN_TO_BE_REPLACED

SpaceX launched four people to the International Space Station from Florida on Wednesday, as Elon Musk's company keeps up a steady pace of crewed … END_OF_DOCUMENT_TOKEN_TO_BE_REPLACED