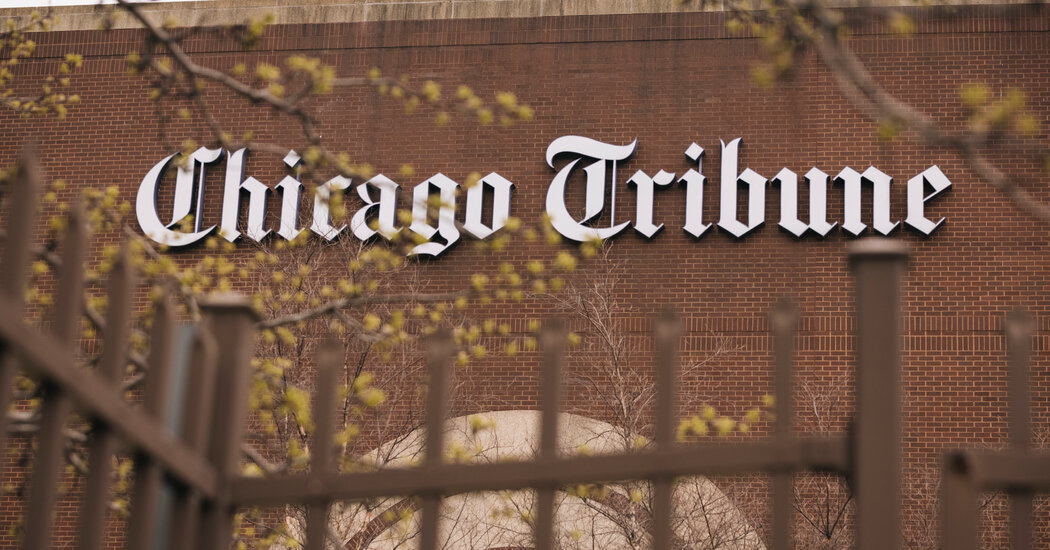 The Swiss billionaire Hansjörg Wyss, who seemingly came out of nowhere last month to make a serious offer for Tribune Publishing, a major newspaper chain, has decided to take himself out of the bidding, according to three people with knowledge of the matter.

Two of the people said the decision came about in recent days, after Mr. Wyss’s associates examined the Tribune’s finances as part of a due diligence process.

The two people added that Mr. Wyss had come to believe it would be difficult for him to realize his ambition of transforming The Chicago Tribune — the company’s flagship paper and the one he was most interested in — into a national publication. The three people with knowledge of the matter spoke on the condition of anonymity because they were not authorized to discuss the deal publicly.

Mr. Wyss, who made his fortune as a medical device manufacturer, had joined the Maryland hotel executive Stewart Bainum Jr. in a bid that seemed as if it had a chance of preventing Tribune from becoming fully owned by its largest shareholder, the New York hedge fund Alden Global Capital.

In late March, Mr. Wyss and Mr. Bainum had put together an offer of $18.50 a share, which valued the chain at $680 million. It came more than a month after Tribune had reached a nonbinding agreement to sell itself to Alden at $17.25 a share. On April 5, Tribune Publishing said that its special committee had determined that the bid from Mr. Wyss and Mr. Bainum would be reasonably expected to lead to a “superior proposal,” when compared with the Alden bid.

Because Alden is known for slashing costs at the roughly 60 daily newspapers it controls through its MediaNews Group subsidiary, journalists at Tribune publications cheered the surprise entry of Mr. Wyss and Mr. Bainum into the bidding.

Mr. Bainum, who had taken a special interest in another Tribune paper, The Baltimore Sun, remains committed to pursuing ownership of Tribune Publishing. With Mr. Wyss no longer at his side, he is seeking new financing, the three people said. Mr. Bainum told the Tribune’s special committee of Mr. Wyss’s departure on Friday, two of the people said, and confirmed his exit from the deal in writing on Saturday.

Mr. Wyss, who was born in Bern, Switzerland, and has a home in Wyoming, first visited the United States as an exchange student in 1958 and worked as a journalist as a young man. A decade ago, as the chief executive of the Swiss-based medical device maker Synthes, he oversaw its sale to Johnson & Johnson for roughly $20 billion.

AUSTIN, Texas--(BUSINESS WIRE)--As the first multifamily management company to be recognized in the Public Relations and Marketing Excellence Awards, … END_OF_DOCUMENT_TOKEN_TO_BE_REPLACED

There have been whispers of cooling housing and rental prices in the San Francisco Bay Area, but that hasn't yet translated into practical, noticeable … END_OF_DOCUMENT_TOKEN_TO_BE_REPLACED

Cars pass in Independence Square at twilight in Kyiv, Ukraine, Monday, Oct. 31, 2022. Rolling ... [+] blackouts are increasing across Ukraine as the … END_OF_DOCUMENT_TOKEN_TO_BE_REPLACED