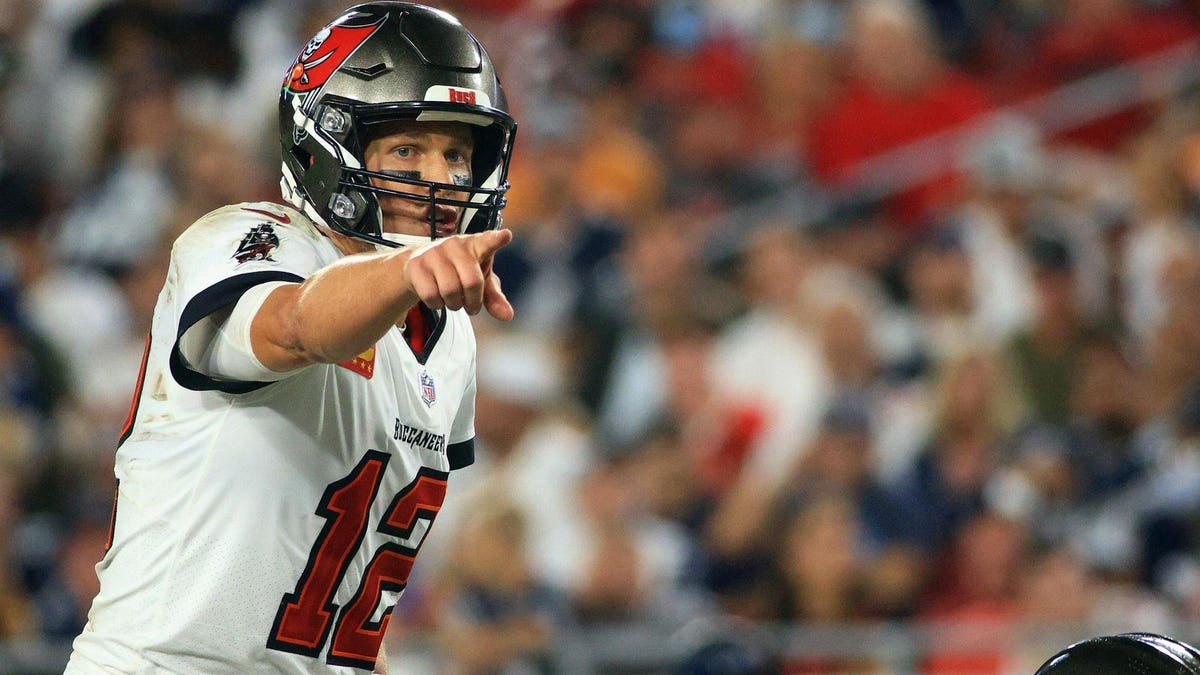 If you had any doubt the Tampa Bay Buccaneers were still the team to beat entering the 2021 NFL season, those doubts were likely erased after Thursday night.

The Buccaneers knocked off a resilient Dallas Cowboys squad, 31-29, as they kicked off their quest to repeat as the defending champions.

Despite Dak Prescott showing no rust after a one-year layoff with a 400-yard, three-touchdown performance and the Cowboys absolutely dominating on the stat sheet — one turnover to Tampa’s four and over 34 minutes in time of possession — the Buccaneers walked away with a season-opening win.

If there was any question that a 44-year-old Tom Brady would slow down this year, that idea quickly went out the window. Brady threw four touchdowns, including calmly leading the game-winning 57-yard drive in the last minute of the game.

He demonstrated pinpoint precision and timing on his passes, including the biggest play of the game on this 24-yard pass to Chris Godwin on the Buccaneers’ final drive of the game.

Time and time again, the ageless Brady — the oldest quarterback to start a game since a 44-year-old Steve DeBerg started for the Atlanta Falcons in 1998 — got the ball out quickly and did it with his classic precision in tight coverage.

Despite an imperfect night by the offense — the Buccaneers didn’t commit four turnovers in a single game last year — and the defensive unit being repeatedly gashed by Prescott and his high-powered Cowboys offensive unit, Tampa Bay still won.

That means despite winning the turnover battle, the time of possession battle and the quarterback battle, the Cowboys still couldn’t knock off the Buccaneers.

That’s a very worrisome sign for the rest of the NFL.

The Cowboys may not be considered one of the elite teams in the league, but they are one of the most talented. While kicker Greg Zuerlein did cost the team seven points — and ultimately the game — with his missed kicks, the Cowboys almost executed the perfect game plan to defeat the Buccaneers.

However, this game demonstrated the clear difference between a very good team and the best one.

The Cowboys had multiple opportunities to run away in this game. The Buccaneers’ own self-inflicted turnovers combined with the Cowboys’ passing dominance repeatedly led Dallas into scoring position — only for the team to fumble away opportunities with stupid plays, or just a simple lack of aggressiveness in the red zone.

That was the difference in this game in a nutshell: touchdowns win championships — not field goals.

Brady threw two interceptions, but neither were his fault. On a screen pass to running back Leonard Fournette, the ball bobbled off of his hands into a Cowboys defender. On Brady’s other interception, a Hail Mary pass at the end of the first half resulted in a turnover.

While Prescott’s interception had more to do with CeeDee Lamb’s drop than the quarterback himself, he did throw into heavy traffic with three Buccaneers defenders surrounding the area. That turnover resulted in tremendous field position — Tampa Bay started at the Dallas 35-yard line — and an eventual touchdown to give the Bucs a nine-point lead.

Bad plays happen every now and then when you’re attempting to be aggressive on offense. So that pass to Lamb — which the receiver should have never dropped — is understandable.

But the play that really cost the Cowboys was towards the end of the first half when Prescott took a 12-yard sack that put the team out of field goal range. Instead of scrambling and holding onto the ball, Prescott should have simply thrown the ball out of bounds.

A holding penalty on the next play forced Dallas into attempting a 60-yard field goal, which they missed.

That’s three missed points right there and the game.

As good as Prescott will be this season and as improved as the Cowboys will be, this game was the perfect embodiment of the separation that the Buccaneers have created between themselves and the rest of the league.

If all 22 of the Buccaneers’ returning starters remain relatively healthy entering the postseason, are we really going to doubt Brady will lead them to a repeat in the Super Bowl?

This game was a harsh reminder of that for the rest of the NFL.

GREENVILLE, N.C.--(BUSINESS WIRE)--Employers aiming to win the war on talent have a new “A” team to tap into: college and professional athletes. … END_OF_DOCUMENT_TOKEN_TO_BE_REPLACED

Mortgage rates are likely to rise in July, extending a seven-month streak. High inflation, and the Federal Reserve's efforts to control it, have … END_OF_DOCUMENT_TOKEN_TO_BE_REPLACED