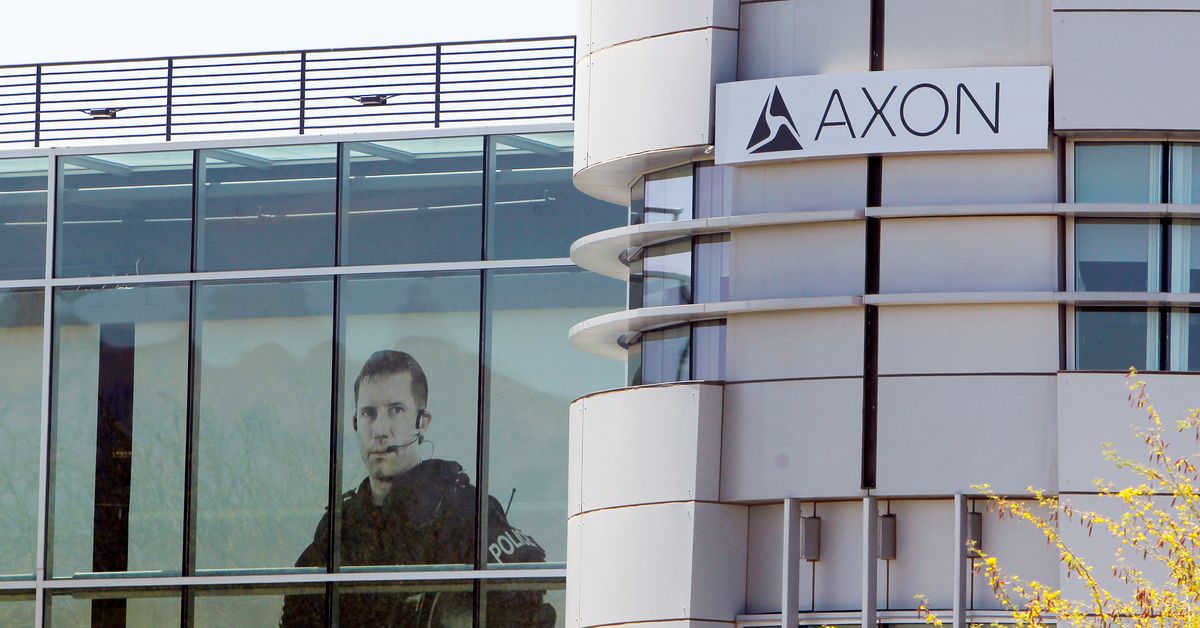 June 6 (Reuters) – Taser-maker Axon Enterprise Inc (AXON.O) said it was halting a project to equip drones with stun guns to combat mass shootings, a reversal that did not stop most of its ethics advisory board members from announcing their resignation on Monday in protest over the original plans.

The May 24 school shooting in Uvalde, Texas, which killed 19 children and two teachers, prompted Axon to announce last week it was working on a drone that first responders could operate remotely to fire a Taser at a target about 40 feet (12 m) away.

Nine of 12 members of the company’s AI Ethics Board quit over concerns the drones would harm over-policed communities and that Axon publicized its ambitions without consulting the group. The resignations and Axon’s scuttled plans were first reported by Reuters.

“In light of feedback, we are pausing work on this project and refocusing to further engage with key constituencies to fully explore the best path forward,” Chief Executive Rick Smith said in a statement.

The action by ethics board members marked a rare public rebuke for one of the watchdog groups some companies have set up to gather feedback on emerging technologies, such as drones and artificial intelligence (AI) software.

Smith said it was unfortunate that members withdrew before Axon could address their technical questions, but the company “will continue to seek diverse perspectives to challenge our thinking.”

Axon, which also sells body-worn cameras and policing software, has said its clients include about 17,000 out of the roughly 18,000 law enforcement agencies in the United States.

It explored the idea of a Taser-equipped drone for police since at least 2016, and Smith depicted how one could stop an active shooter in a graphic novel he wrote. The novel shows a daycare center with what looks like an enlarged smoke alarm, which first recognizes the sound of gunfire and then ejects a drone, identifying and tasing the shooter in two seconds.

Axon first approached its ethics board more than a year ago about Taser-equipped drones, and the panel last month voted eight to four against running a limited police pilot of the technology.

The company announced the drone idea anyway, as it said it wanted to get past “fruitless debates” on guns after the Uvalde shooting, sending shares up nearly 6%. They were down 0.5% on Monday.

Ethics board members worried the drones could exacerbate racial injustice, undermine privacy through surveillance and become more lethal if other weapons were added, member Wael Abd-Almageed said in an interview.

“What we have right now is just dangerous and irresponsible,” said Abd-Almageed, an engineering research associate professor at University of Southern California.

The board likewise had not evaluated use of the drones by first responders outside police, it said. And members questioned how a drone could navigate closed doors to stop a shooting.

The drone is “distracting society from real solutions to a tragic problem,” resigning board members said in a Monday statement.

CEO Smith has said drones could be stationed in hallways and move into rooms through special vents. A drone system would cost a school about $1,000 annually, he said.

Formed in 2018, the ethics panel has guided Axon productively on sensitive technologies such as facial recognition in the past.

Giles Herdale, one of the remaining ethics board members, told Reuters he chose not to resign because he could have more influence “if I am in the tent than outside it.”

For others, the company’s drone announcement prior to a formal report by the board broke with practice, said member Ryan Calo, a University of Washington law professor.

“I’m not going to stay on an advisory board for a company that departs so far from expectation and protocol or, frankly, who believes ubiquitous surveillance coupled with remote non-lethal weapons is a viable response to school shootings,” he said.

Barry Friedman, the board chairman, resigned as well.

AUSTIN, Texas--(BUSINESS WIRE)--As the first multifamily management company to be recognized in the Public Relations and Marketing Excellence Awards, … END_OF_DOCUMENT_TOKEN_TO_BE_REPLACED

There have been whispers of cooling housing and rental prices in the San Francisco Bay Area, but that hasn't yet translated into practical, noticeable … END_OF_DOCUMENT_TOKEN_TO_BE_REPLACED

Cars pass in Independence Square at twilight in Kyiv, Ukraine, Monday, Oct. 31, 2022. Rolling ... [+] blackouts are increasing across Ukraine as the … END_OF_DOCUMENT_TOKEN_TO_BE_REPLACED