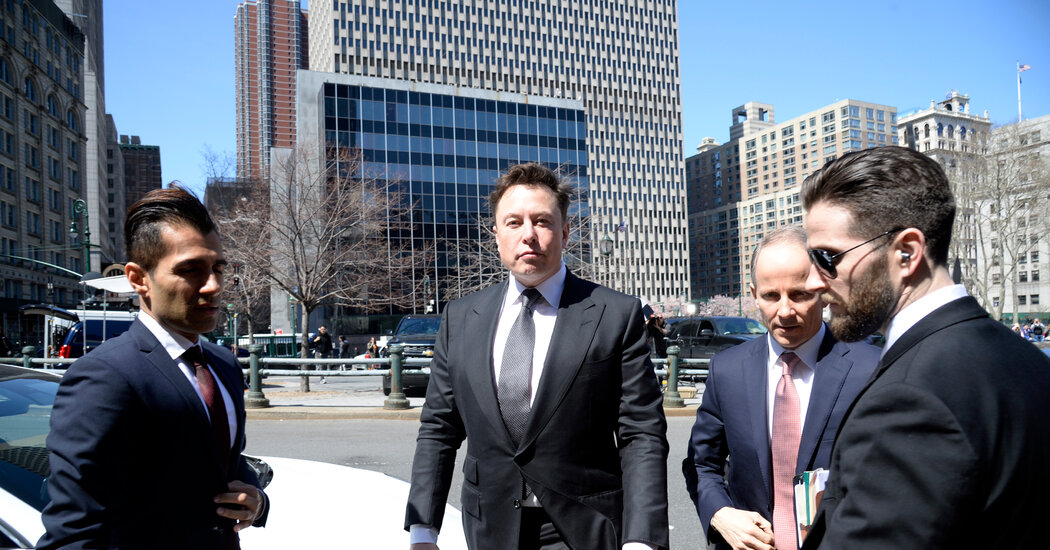 The National Labor Relations Board on Thursday upheld a 2019 ruling that Tesla had illegally fired a worker involved in union organizing and that the company’s chief executive, Elon Musk, had illegally threatened workers with the loss of stock options if they unionized.

The board ruled that the worker, Richard Ortiz, must be reinstated with back pay, and that Mr. Musk must delete his tweet. The company must also post a notice committing not to violate labor law in the future and announcing that it will undertake the mandated remedies.

Mr. Ortiz had been visibly involved in union organizing, including distributing leaflets in the parking lot of the company’s plant in Fremont, Calif., before he was fired in October 2017. The company said it fired him because he had posted screenshots of employees’ profiles in an internal platform to Facebook. An administrative law judge ruled that it was in retaliation for his organizing efforts.

The judge also found that the company had illegally issued a warning to another employee for taking the screenshots and sending them to Mr. Ortiz, a ruling that the board upheld on Thursday as well.

In May 2018, Mr. Musk posted his tweet, which included the clause, “why pay union dues & give up stock options for nothing?” Both the judge and the board deemed the post an unlawful attempt to coerce employees by threatening their compensation.

The board went further than the judge’s earlier ruling on some questions, finding that Tesla’s confidentiality agreement, which it required employees to sign, unlawfully prohibited them from speaking with the media about Tesla without authorization even if the material was public. The ruling on Thursday requires the company to amend its agreement.

The poshest place in California's Coachella Valley is The Madison Club. This exclusive gated community in La Quinta is where A-listers and tycoons … END_OF_DOCUMENT_TOKEN_TO_BE_REPLACED

KOROPY, Ukraine — Four men tugged at long strips of fabric to lift a coffin out of the gaping hole in the backyard of a small house. They flung the … END_OF_DOCUMENT_TOKEN_TO_BE_REPLACED