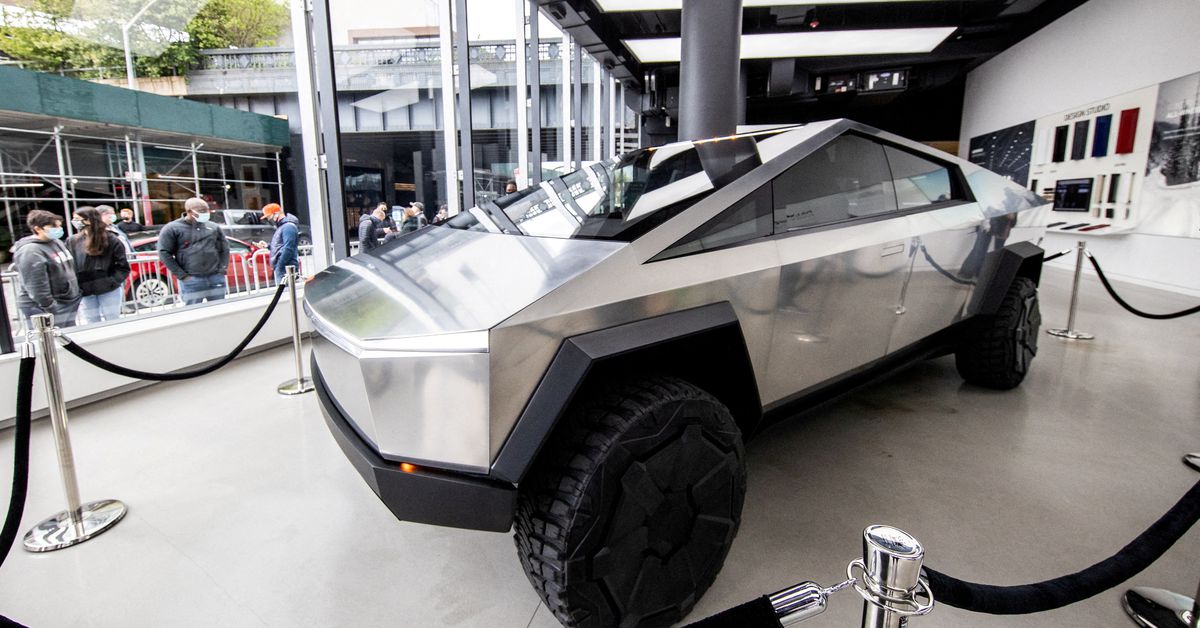 Jan 26 (Reuters) – Tesla Inc (TSLA.O) has delayed production of its much-awaited Cybertruck, aiming to start in 2023, chief executive Elon Musk said on Wednesday, at a time when rivals are doubling down on efforts to capture the lucrative market.

The announcement confirms a Reuters report from earlier this month and comes as the electric-vehicle maker reported record quarterly revenue and 2022 deliveries growing more than 50%, despite supply chain issues. read more

Musk, who unveiled the futuristic vehicle in 2019, had already delayed its production from late 2021 until late 2022.

Tesla will prepare to launch Cybertruck, Semi and Roadster as well as its humanoid robot next year, he said.

“We will not be introducing new vehicle models this year. It would not make any sense because we’ll still be parts constrained,” Musk said on a call with analysts.

Musk said he hopes to produce a quarter million Cybertrucks annually but achieving this will take time because of a lot of new technology to be introduced.

“Batteries will probably not be the limiting factor in Cybertruck production,” he said.

“I worry more about like how do we make the Cybertruck affordable despite having awesome technology,” he said.

Earlier in January, Reuters reported Tesla delayed its Cybertruck production as it changes features and functions in the face of rising competition in the electric pickup market.

Tesla, which began making electric vehicles with the premium sedan, Model S, and later introduced a more affordable car, the Model 3, has yet to launch in the highly profitable pickup truck segment currently dominated by fuel-guzzling vehicles from U.S. automakers.

Musk tweeted on Tuesday he has been driving the latest Cybertruck prototype around the new Gigafactory in Austin, Texas, adding: “It’s awesome”.

Listed on April 21 for $2,395,000 with Adam Weissman of Coldwell Banker Bain of Lake Union, the gorgeous four-bedroom brick home was sold on May 6 for … END_OF_DOCUMENT_TOKEN_TO_BE_REPLACED