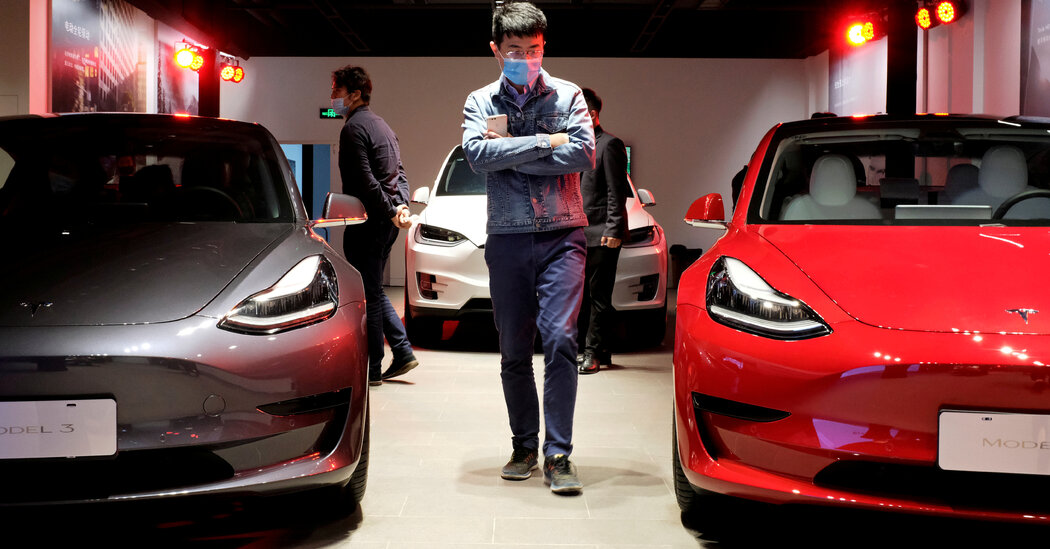 Sergio Rodriguez, a consultant from St. Marys, Ga., who owns a Tesla Model X, recently drove a Mach E across the country. Mr. Rodriguez said he planned to keep his Model X, despite some serious quality issues and slow responses by Tesla that he has described in YouTube videos and on electric vehicle websites.

“I still love the Model X. In terms of performance, you want a thrill,” he said. “But you have to accept that it has a lot of imperfections. The Mach E is definitely built with quality, and it’s cool. You can’t help but look when it drives by.”

Last month, Ford sold 3,739 Mach E’s, a tiny number compared with the tens of thousands of pickup trucks the company sells every month but respectable for an electric car. This month, Volkswagen is scheduled to begin delivering its electric S.U.V., the ID.4, in the United States. General Motors recently updated its electric compact, the Chevrolet Bolt, and introduced a larger, higher-riding version of the car.

Whatever the competition brings, Tesla has enough cash on hand to finance its operations for some time. It took advantage of its soaring stock price last year by selling more than $12 billion of new stock to investors, and had more than $19 billion in cash at the end of 2020. Tesla spent $1.5 billion on Bitcoin early this year, and even if the company takes big losses on that wager, it will still have significant cash on hand.

The company, which did not respond to a request for comment, has come a long way from the dark days of 2018 and 2019, when some analysts wondered if it would survive as an independent business. Mr. Musk was struggling with increasing the production of Tesla’s most affordable car, the Model 3, and described the company’s problems as “manufacturing hell.”

Despite the recent drop, Tesla’s stock price is still up over 300 percent over the past 12 months. And its market value is more than the combined market capitalization of Toyota Motor, Volkswagen, Daimler, G.M. and Ford — companies that sell many more cars than Tesla.

Of course, any time a company is valued at many times its peers, it can be vulnerable to a sell-off if investors begin to have even small doubts. Even after the stock plunged from its high, Wall Street is extremely optimistic about Tesla. The stock trades at 144 times the profit that analysts expect the company to earn this year, a stratospheric valuation. Much hope in the market is placed on Tesla’s having a big slice of a much larger market for electric vehicles, which is why analysts expect the company’s profits to more than double by the end of 2025.

DONETSK REGION, Ukraine — Between the cracks of mortar fire and the metallic bangs of Russian self-detonating mines, Yurii, a Ukrainian Army medic, … END_OF_DOCUMENT_TOKEN_TO_BE_REPLACED

SAN FRANCISCO — Cleve Jones has lived in the Castro neighborhood for nearly 50 years, almost from the day he graduated from high school in Phoenix and … END_OF_DOCUMENT_TOKEN_TO_BE_REPLACED