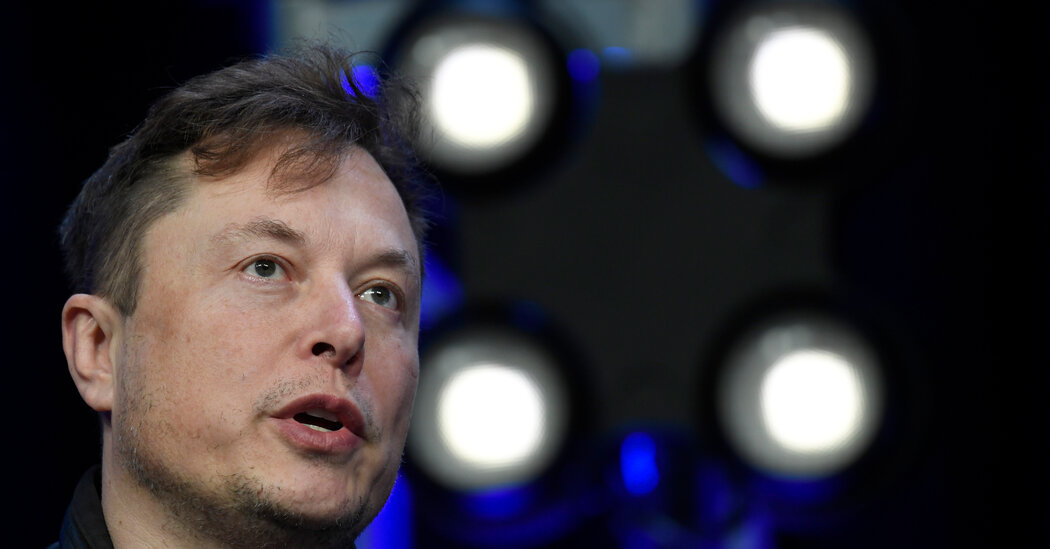 Elon Musk has been a big cryptocurrency booster of late, even directing Tesla to buy $1.5 billion in Bitcoin for its corporate treasury earlier this year. On Thursday, he abruptly reversed course, tweeting that Tesla would stop accepting Bitcoin as payment for cars, citing environmental reasons.

“We are concerned about rapidly increasing use of fossil fuels for Bitcoin mining and transactions, especially coal, which has the worst emissions of any fuel,” he said.

Bitcoin’s price promptly plunged by more than 10 percent, and Tesla’s shares dropped more than 4 percent, but recovered when trading began on Thursday.

billion-dollar Bitcoin buy, pushing the price up by more than 10 percent. Bitcoin seems remarkably sensitive to the billionaire’s tweets. “If one person can dramatically alter spending power, the ‘stable store of value’ criteria of a currency is not met,” Paul Donovan of UBS wrote in a note to clients on Thursday.

Mining Bitcoin is energy-intensive, and the more it is worth, the more power it takes a network of computers to create the tokens, by design. Bitcoin’s climate problem is hardly a secret. The DealBook newsletter asks: What gives?

Mr. Musk can be an unreliable narrator. On Tuesday, he asked his followers on Twitter if Tesla should accept Dogecoin, the jokey cryptocurrency. (Most said yes.) On Sunday, he announced that SpaceX had taken Dogecoin as payment for shuttling a satellite to the moon. And as host of “Saturday Night Live,” he said that cryptocurrency was both “the future of currency” and “a hustle.”

It’s a property that offers a unique open floor plan—plus a hot tub with a view.“It was a Methodist church located in a historic little area of St. … END_OF_DOCUMENT_TOKEN_TO_BE_REPLACED