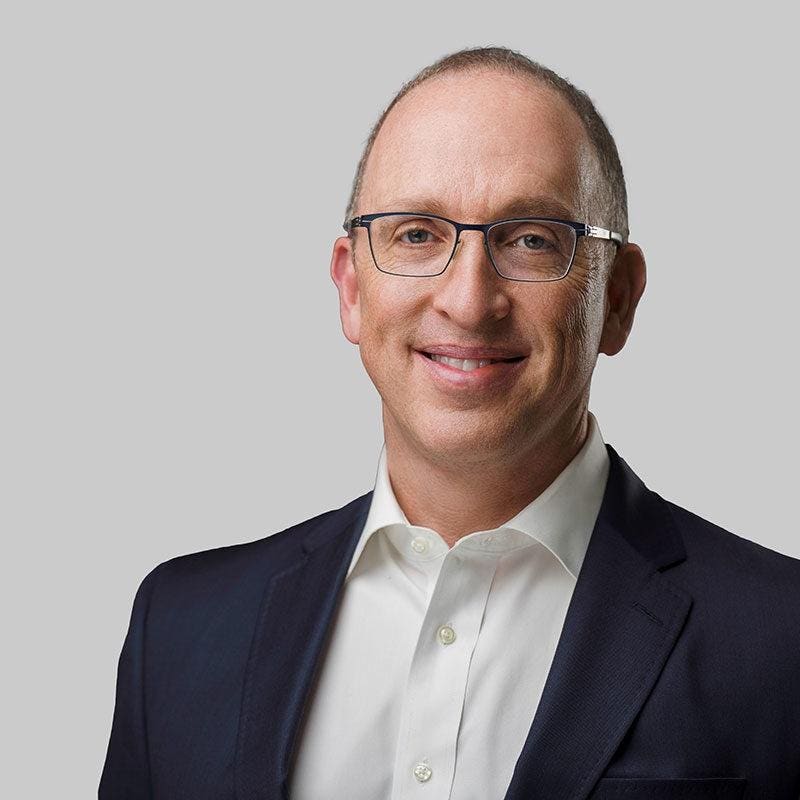 I have known chief executives of every hue: some shout, some are buried in data, and some try the hail-fellow-well-met approach.

Some signal their importance with the size and splendor of their offices and airplanes. Things can go wrong with that approach. I knew the chairman of a big industrial company who had a glass desk, which, through an optical fault, magnified the crotch of his trousers.

Some manage with huge teams and others with a “kitchen cabinet” of fellow executives. There is no formula for success.

Robert Schwartz, president and CEO of Anterix, a company that provides private LTE networks for electric grid modernization, is devoid of managerial eccentricities. He goes by the name of Rob. He is a mannerly man of studious mien. With a quiet demeanor, he is noticeably polite and is quick to thank and recognize his team and suppliers for their good work.

This gentlemanly exterior belies his passionate and strategic drive to be the catalyst to bring change.

He also is patient. That is well and good because as head of Anterix, a company seeking to provide what amounts to a gamechanger for the utility industry, patience is necessary. Utilities move with care because the consequences of their decisions last for several decades.

Although Anterix is a young company, it is gaining a foothold in the utility industry. It has signed up three important customers for its networks: San Diego Gas & Electric, Ameren , and Evergy.

The company has also launched an ecosystem of leading technology and service providers to the utility sector. Eighty leading companies are now collaborating with Anterix to deliver broadband solutions to its customers.

Schwartz’s patience is getting rewarded.

Anterix has a unique nationwide asset of 900-MHz wireless spectrum. Carefully assembled and now very valuable, that spectrum makes up the backbone of its product line: private broadband leases of spectrum to enable utility LTE and soon 5G communications networks. These private networks enable utilities to communicate safely, to fend off cyberattack, and to stay up when other systems have gone down.

Most importantly, a broadband Anterix network allows utilities to deploy millions of sensors that will move and examine huge quantities of data. This is critical to the modern utility, which needs to know in real time what is happening on its entire system. Anterix likes to say that a wildfire can be prevented because the data on its system moves so quickly that a broken transmission line can be identified and de-energized before it hits the ground.

Every utility manager I speak with tells me that data is the backbone of the modern utility, and its importance is growing exponentially. Anterix wants utilities to be able to use their private broadband networks to carry that data and to be able to communicate instantly without vulnerability to disruption.

Schwartz grew up in a home where science was venerated. His late father, Dr. Elias Schwartz, was a renowned pediatric hematologist and former physician-in-chief of Children’s Hospital of Philadelphia. He was a key figure in elevating the hospital in the global healthcare community. His mother taught university biology and genetics.

There was a family expectation that Schwartz would go into medical science, but he chose business.

Schwartz told me that he eschewed many offers to go into investment banking or consulting when he graduated from the Wharton School of the University of Pennsylvania.

But there was science and engineering in Schwartz’s future: telephony. While still a student, he and his brother indulged their entrepreneurial ambitions and technical leanings by starting a computer sales company in suburban Philadelphia.

While at Wharton, Schwartz became involved with an organization which teamed the school with Tel Aviv University to help Israeli companies enter the American market. The first company he worked with in Tel Aviv was a telephone company.

Back in the United States, Schwartz reached out to a leader at Comcast who directed him to Fleet Call, a startup in which Comcast had an interest. He was hired, as one of a few dozen early employees, by Jack Markell – who later went on to become a two-term governor of Delaware and is now U.S. ambassador to the Organization of Economic Cooperation and Development.

Fleet Call may have been small, but it was headed by a man who thought big and became a legend in the telecommunications industry: Morgan O’Brien. It would go on to create the behemoth renamed as Nextel Communications.

Schwartz told me in an interview that his father and O’Brien were the two great mentors who influenced his career in passion, ambition, vision, and decency.

Some of the executives who created Nextel, and changed the face of telephone service, have rolled the dice again with Anterix. They believe they can take utility communications to a new place with private broadband networks.

So, too, does the Southern Company which has its own broadband network, Southern Link. Schwartz created the Utility Broadband Alliance, a nonprofit industry association led by utilities, and Southern joined Anterix as a leading and founding partner to cooperate and create scale in their utility communications purpose.

Schwartz is driven by what he calls Anterix’s “meaningful mission” to provide the modernized communications that enables the integration of new sources of distributed energy including solar, wind, and battery storage — essential elements to achieving utilities’ decarbonization goals. He dreams of a “network of networks” for the entire utility industry; a time when data and communications can safely flow across the utility space to protect and modernize the U.S. electric grid.

After the heady, early days at Nextel, Schwartz moved on to other telephone ventures, including one in Brazil, and married a South African, Maxine, whom he met in New York. They have three sons.

Then came a call from an old boss: O’Brien wanted him at a new venture, then called PDV. Among those on board was Brian McCauley, credited with O’Brien as the cofounder of Nextel. O’Brien and Schwartz refocused and renamed the business Anterix with O’Brien as president and CEO and McCauley as chairman.

Fifteen months ago, McCauley retired, O’Brien stepped up to be executive chairman, and Schwartz became president and CEO as planned.

“Morgan taught me to be passionate about what you choose to do. He taught me all about the enthusiastic journey of entrepreneurship and life. His passion is infectious,” Schwartz said.

When he started at Nextel, Schwartz told me it was a wild place for deals and creativity. “I closed the deals Morgan was making rapid-fire, as he built the infrastructure for Nextel. It was fast, furious, and wildly exhilarating,” he said.

Selling private broadband networks to utilities is a slower-paced and more concentrated business, but Schwartz finds it just as vigorous and rewarding.

This may be a banner year for Schwartz and the company that inherited the can-do ethos of Nextel. Over 60 utilities are in discussions with Anterix, with several large investor-owned utilities on the cusp of signing deals, Schwartz said.

That is where patience comes in.

Schwartz was a middle-distance runner of some renown in his youth. Patience, pace, and strategy is how he won races. That is how he hopes to bring Anterix over the finish line and change the utilities’ ability to securely communicate and handle data for many decades to come; the way he helped O’Brien change telephones forever.

Local officials and housing advocates worry about what the damaged housing stock will mean for people with low wages or fixed incomes. In interviews, … END_OF_DOCUMENT_TOKEN_TO_BE_REPLACED