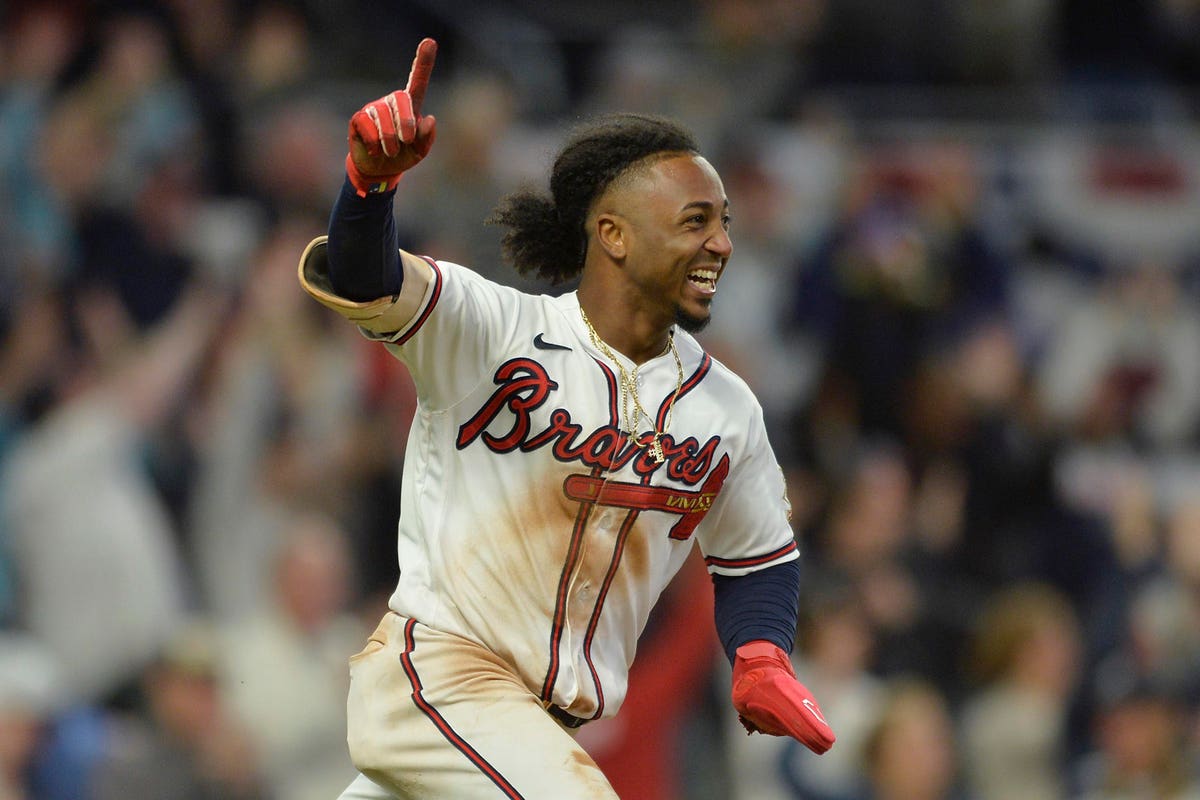 Until the Atlanta Braves prove they can beat the Los Angeles Dodgers (you know, beyond just a game here and there in the regular season or the playoffs), you have to assume the Braves will never beat the Dodgers.

As long as a baseball is round.

Given that — along with guys for the Dodgers such as Mookie Betts, Max Scherzer and Justin Turner — you shouldn’t expect the Braves to conquer the Dodgers during something like the National League Championship Series, which opened Saturday night in Atlanta at Truist Park.

Yeah, yeah, yeah. The Braves won Game 1 in a thriller. With the score tied 2-2 in the bottom of the ninth inning, Ozzie Albies stole second after a one-out single, and then he triggered the screams of joy in Atlanta’s five surrounding counties when he scored on Austin Riley’s single to left field for a 3-2 Braves victory.

Here’s the problem for the Braves, though. The NLCS isn’t one game. It’s a best-of-seven series.

There also was last season, when these teams also met for the right to represent the National League in the World Series. Those 2020 Braves won Game 1 (sound familiar?), and then they took Game 2. In fact, they went up 3-1, which meant they only had to beat the Dodgers in just one of a possible three remaining games for the NL pennant.

The Braves didn’t do it.

Of course, they didn’t.

They were facing their bogeymen in blue.

“The basic part is, God, we just had to win one game, which is, as we see, is really hard to do,” Braves manager Brian Snitker said earlier Saturday to the media, recalling his team’s October horror in 2020 before Halloween. “I mean, we were in a good spot and had to win one game, and they went out, and I think they took that same approach; they had to win one game for three days in a row and did.”

Bogeymen do such things, along with things such as this (Warning: Close your eyes if you’re squeamish, a Braves fan or both):

Maybe this is a coincidence, but probably not: You can trace the start of the Dodgers’ dominance over the Braves to 2012. That’s when Forbes reported the Guggenheim Baseball Management purchased the Dodgers, Dodger Stadium and real estate surrounding the ballpark for $2.3 billion.

It also didn’t hurt the Dodgers’ unofficial role as Braves killers for just shy of the past decade that the majority of those who pushed LA to its seventh world championship last year came under this ownership.

Those players are still around for the Dodgers. Not only that, but those players range from drafted ones, such as shortstop Corey Seager and catcher Will Smith (2012 and 2016, respectively), to center fielder Chris Taylor and right fielder Mookie Betts acquired through trades (2016 and 2020) to free agents such as third baseman Justin Turner and pitcher AJ Pollock (2014 and 2019).

Then there is the steady Dodgers management.

Veteran sports executive Stan Kasten joined Earvin (Magic) Johnson and others as a part owner of the franchise from the start of the Guggenheim group’s tenure, but Kasten also is team president and CEO.

Somewhere, among all of the above, is the reason the Braves will never beat the Dodgers.

Until the Braves actually do it.

The sudden collapse of Enron, culminating in what was then the largest bankruptcy filing in U.S. history on Dec. 2, 2001, changed thousands of … END_OF_DOCUMENT_TOKEN_TO_BE_REPLACED

The waterfront Miami Beach mansion that the retired NBA star Chris Bosh sold earlier this year for $14.4 million is back on the market.But Bosh's … END_OF_DOCUMENT_TOKEN_TO_BE_REPLACED