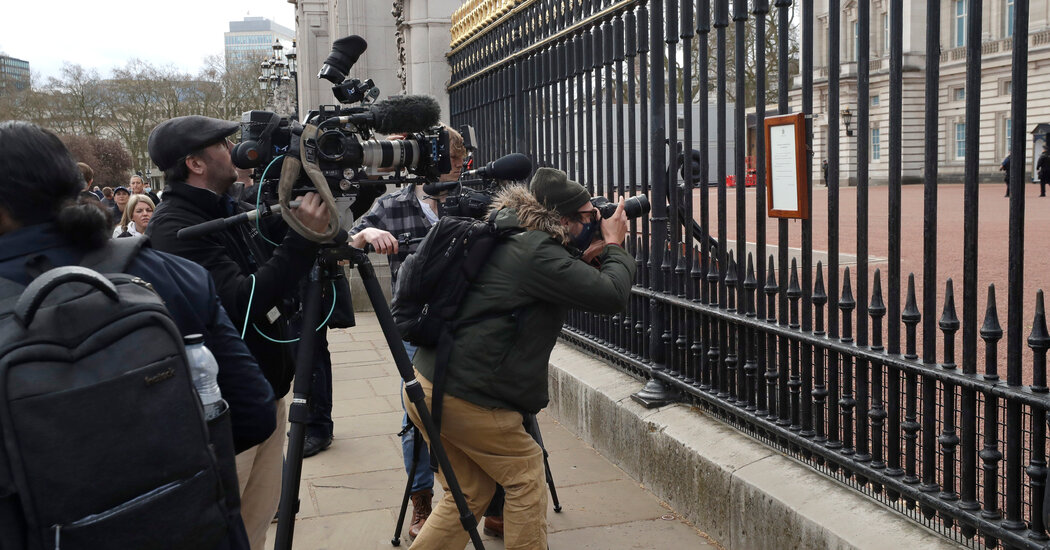 Shortly after Prince Philip, the Duke of Edinburgh and husband of Queen Elizabeth II, died last Friday, the BBC cut away from its schedule to broadcast special coverage across its TV channels and radio stations for the entire afternoon and night.

As popular shows were taken off the air — including Friday’s episode of “EastEnders,” a soap opera that has run since 1985, and the final episode of “MasterChef,” a cooking competition show — the BBC was flooded with expressions of displeasure. To be exact: 109,741 complaints were received, the BBC said on Thursday, making it the most complained-about moment in the BBC’s history.

As Britain’s public broadcaster, the BBC has a pre-eminent position in British media, and its funding from the public via a license fee puts it in a difficult position. It is frequently attacked for being too liberal, and too conservative, while its access to public funding is controlled by the government, currently a Conservative administration.

The BBC tries to reflect the mood of the nation, but recently a fierce debate about the role of the royal family bubbled up after Oprah Winfrey’s interview with Prince Harry and his wife, Meghan, the Duchess of Sussex.

the broadcaster received so many online complaints that on Friday it set up a streamlined process — a dedicated online form — for people to register their disappointment about the extent of its coverage.

The BBC said on the Thursday that the Duke of Edinburgh’s death “was a significant event which generated a lot of interest both nationally and internationally” and that the decision to alter the schedule was made with careful consideration, which “reflect the role the BBC plays as the national broadcaster, during moments of national significance.”

Two commercial broadcasters took divergent approaches. ITV, like the BBC, reportedly also saw a large drop in viewers last Friday amid its many hours of Prince Philip coverage. Channel 4 had special programming but then offered viewers a respite by airing a popular show, “Gogglebox,” which shows people watching TV, at 9 in the evening.

On Saturday, the BBC and ITV will broadcast the Duke of Edinburgh’s funeral, which will not be open to the public because of pandemic restrictions.

AUSTIN, Texas--(BUSINESS WIRE)--As the first multifamily management company to be recognized in the Public Relations and Marketing Excellence Awards, … END_OF_DOCUMENT_TOKEN_TO_BE_REPLACED

There have been whispers of cooling housing and rental prices in the San Francisco Bay Area, but that hasn't yet translated into practical, noticeable … END_OF_DOCUMENT_TOKEN_TO_BE_REPLACED

Cars pass in Independence Square at twilight in Kyiv, Ukraine, Monday, Oct. 31, 2022. Rolling ... [+] blackouts are increasing across Ukraine as the … END_OF_DOCUMENT_TOKEN_TO_BE_REPLACED