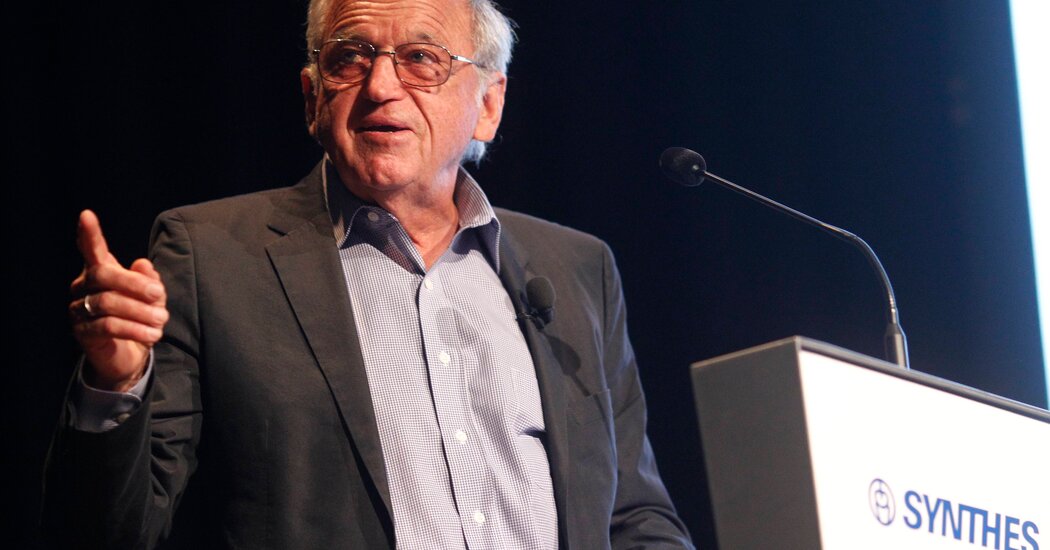 A Swiss billionaire who has donated hundreds of millions to environmental causes is a surprise new player in the bidding for Tribune Publishing, the major newspaper chain that until recently seemed destined to end up in the hands of a New York hedge fund.

Hansjörg Wyss (pronounced Hans-yorg Vees), the former chief executive of the medical device manufacturer Synthes, said he had agreed to join with the Maryland hotelier Stewart W. Bainum Jr. in a bid for Tribune, an offer that could upend Alden Global Capital’s plan to take full ownership of the company, Marc Tracy of The New York Times writes.

Mr. Wyss, who has given away some of his fortune to help preserve wildlife habitats in Wyoming, Montana and Maine, said he was motivated to join the Tribune bid by his belief in the need for a robust press. “I have an opportunity to do 500 times more than what I’m doing now,” he said.

Alden, which already owns roughly 32 percent of Tribune Publishing shares, is known for drastically cutting costs at the newspapers it controls through its MediaNews Group subsidiary. Last month, the hedge fund reached an agreement with Tribune, whose papers include The Daily News, The Baltimore Sun and The Chicago Tribune, to buy the rest of the company’s shares.

The sale of Tribune, which the newspaper company hopes to conclude by July, requires regulatory approval and yes votes from company shareholders representing two-thirds of the non-Alden stock.

The poshest place in California's Coachella Valley is The Madison Club. This exclusive gated community in La Quinta is where A-listers and tycoons … END_OF_DOCUMENT_TOKEN_TO_BE_REPLACED

KOROPY, Ukraine — Four men tugged at long strips of fabric to lift a coffin out of the gaping hole in the backyard of a small house. They flung the … END_OF_DOCUMENT_TOKEN_TO_BE_REPLACED